Best Instagrammers of the 40 Under 40 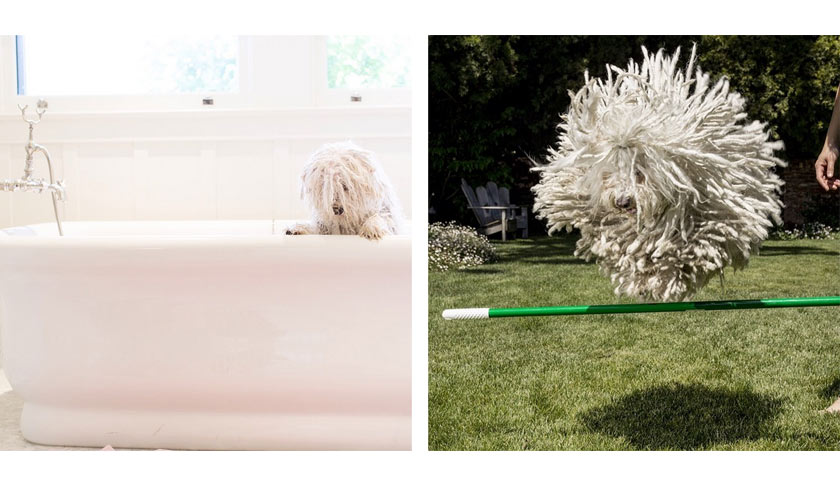 You know that a product or service created by a member of Fortune‘s 40 Under 40 is succeeding when the other folks on the 40 Under 40 almost all use it.

Kevin Systrom’s company Instagram has certainly pervaded the culture. It’s a noun and it’s a verb (“Instagram that!”), just as is the case with Facebook (FB) and Uber. (Mark Zuckerberg and Travis Kalanick, their respective cofounders, are also on the list this year.) And an impressive majority of the new 40 Under 40—32 of the 46 individuals (there are some ties)—are on Instagram, though they certainly vary in terms of how frequently they use the service.

Mark Zuckerberg, for example, has Instagram. He uses it mostly to share pictures of his photogenic Puli, “Beast,” but he’s only posted 15 times. (And, curiously, didn’t start posting much until April 10, 2012, which was, gee, one day after Facebook announced its $1 billion acquisition of the app.) Then there are some 40 Under 40 listers who mostly use Instagram to promote their company or themselves, e.g. Italian prime minister Matteo Renzi, whose photos are mostly from the campaign trail, or S’well CEO Sarah Kauss, whose account, understandably, features quite a lot of water bottles.

For reasons ranging from photography skills to variety of settings to simple family fun, here are 8 of the best Instagram accounts of this year’s 40 Under 40. Get ready to click “follow.”

If you've picked up her red-hot book, #GIRLBOSS, it won't surprise you that Amoruso's Instagram account is as badass as she is. Her photos range from selfies from a closet or limo, to somewhat risqué shots of models in Nasty Gal clothing, to photos of her book in funny situations, to portraits with fellow entrepreneurs like Bonobos founder Andy Dunn. In other words, @sophia_amoruso has it all. One of our favorites: a big cart of bagels (referencing her dumpster-diving days, which she discusses in her book) that reads: "The only thing I smoke is my competition."

The founder and CEO of Walker & Co and its first brand, sleek shaving line Bevel, Walker delivers an Instagram stream that is, well, sexy. The products his company makes lend themselves well to photography, so he has that going for him (see the photos of metal razors lying in wait on a sink or small bottles of shaving cream arrayed pleasantly). But his scenes from throwback-style barbershops are just as clean and cool, as are two recent photos of his newborn. Bevel, the brand, has earned high marks for its own Instagram account and its interesting Twitter, so it's not a shock that Bevel's creator knows what he's doing with his personal account.

The CEO of Lifeway Foods, which is best known for its Kefir bottled yogurt, uses her Instagram to show off her company and her kids. It's especially fun when she combines the two, like in a photo of her daughters in front of a big outdoor Lifeway display. Smolyansky also has the requisite shots of celebrities using her company's product (thus, Kim Kardashian drinking Kefir), and her kids outdoors (mini golfing; standing by ancient ruins; sitting at the back of a boat checking out the surf), but makes up for it with interesting shots of everything from food to shoes to books to vacation scenes.

He cofounded Twitter and Square, but you'd be forgiven for thinking that Dorsey also cofounded Instagram, based on his talent for the medium. His photos really are consistently good, albeit with some grainy selfies here and there. His photos from airplanes put other cliched sky shots to shame (and get the 2,500+ likes to prove it), as do his shots in the desert or on a boat. Of course, like any entrepreneur, he occasionally bores you with photos of the important people in his orbit (like Yelp investor and former Square executive Keith Rabois) or even #tbt selfies of his spiky-haired high school days.

The founder of real estate platform Urban Compass is still relatively new to Instagram and uses his account mostly for photos of his cute daughter—which is fine by us. And yet, the corporate pride is there, too: in almost all of his photos, he's wearing the requisite Urban Compass t-shirt, a badge of honor for startup execs. And we applaud his idea of a #tbt: a shot from the day he raised his first seed round, from a Las Vegas hotel.

It makes sense that the founder of Pinterest is pretty good at Instagram; both are visual platforms. Silbermann's account clearly belongs to a tech enthusiast: even when it's a photo of his son, the kid is sitting at a laptop. But Silbermann's account is also an inside look at his company, Pinterest, with views of some employee meetings and of signs inside the offices. Bonus points for one of his photos we especially like, that sure marries tech, family, and business: a shot of his mom wearing Google Glass.

The real estate deal maker, daughter of The Donald, mother, and footwear designer puts up photos that, as you might expect, range from fam to glam. On her Instagram, Trump gets girly, with aerial views of high-heeled shoes, and selfies from the makeup room, but she also has videos of her kids on the golf course, vertigo-inducing shots from mountain-climbing trips, and, best of all, frequent peeks behind the scenes at Trump development projects in the works. (Look for one of our favorites: Ivanka hanging out with construction workers at the Old Post Office Building.)

There's a lot of purple in Marissa Mayer's Instagram stream, which is to be expected: it's the color of the company she helms, Yahoo. Mayer is a technologist you wouldn't expect to see on competitor platforms (she hasn't used Google Plus since she became CEO of Yahoo in July 2012), but Instagram suits her photos well, from insidery photos with the founders of startups that Yahoo has acquired to shots of Yahoo-themed gear sent to her for her baby. Her very first foray into Instagram was, fittingly, a shot of "my robot dog Rover." And we love the behind-the-scenes look that she sometimes gives: in a September 2012 upload she shows a two-pronged 'R' (registered trademark) from a sign and reveals, "One of our new Yahoo!s Andrew was really bugged by the registered trademark symbol at the end of our logo; he's gone on a mission removing all the R's from our site and our campus. This is one on the random R's we pulled off a wall."

Okay, okay, he's the co-founder of the service, sure. But then again, there's no guarantee that a founder is necessarily the very most talented user of the service he or she creates. (Who's to say Ben Silbermann is the best "pinner" on Pinterest?) Systrom (@kevin) isn't perfect, but he is very good—whether it's a photo of his girlfriend, or his new puppy, or a cappuccino somewhere abroad, his framing is stylish and he makes the colors pop. After all, if anyone should be well-versed in Instagram's 20 filters, it should be the CEO.