Can watermelon squeeze into the juicing craze? 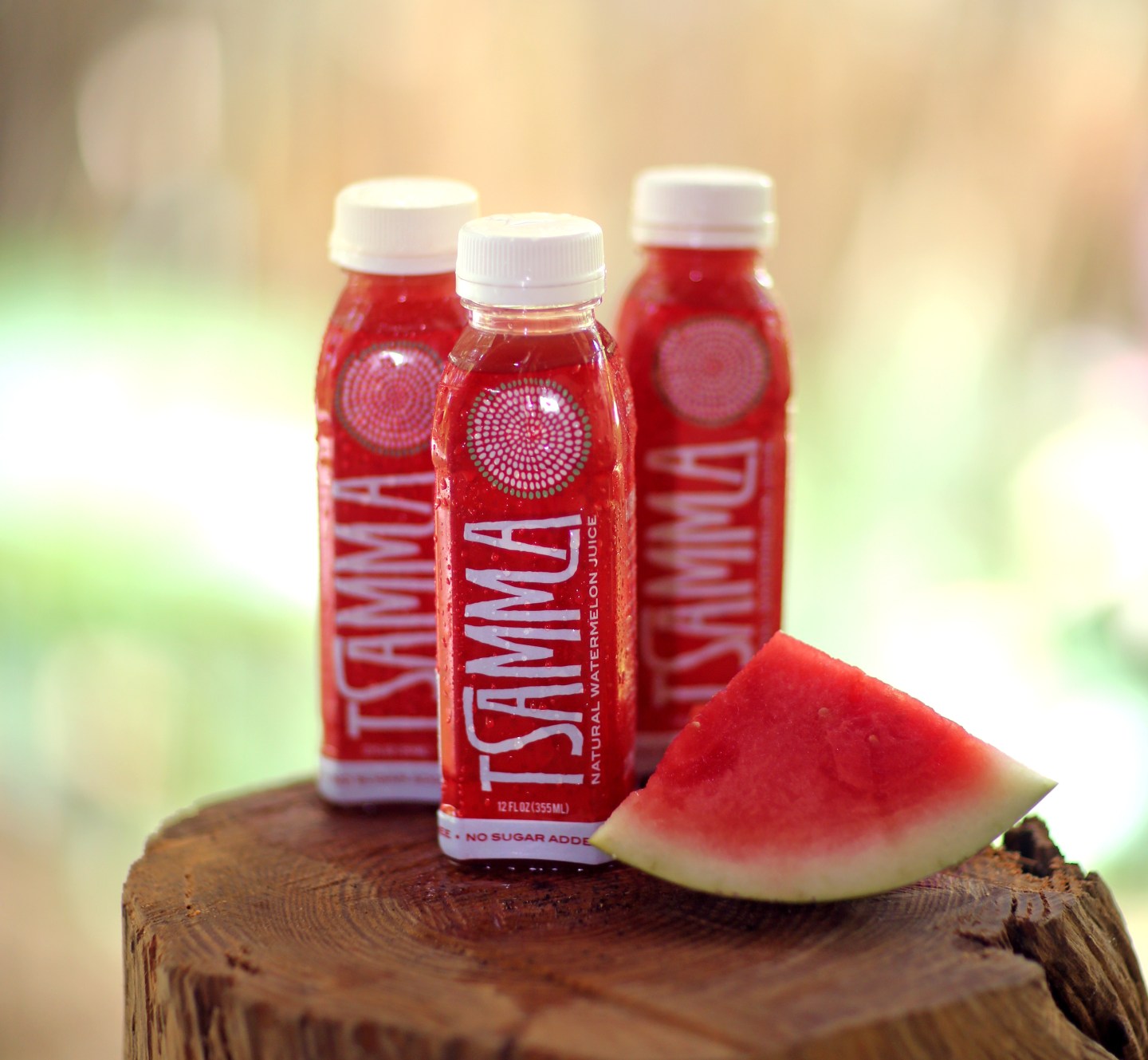 Peruse the produce aisle at your local grocery store and you’ll likely find a massive selection of juices featuring blueberries, carrots, strawberries and other familiar fruits and veggies.

But the juicing craze — a growing, multibillion-dollar business — has up until now left one popular fruit behind: the watermelon. Now one Illinois farmer is hoping there’s still some room for the large fruit to make a splash.

The watermelon juice in question is called Tsamma [pronounced sah-mah], and it was conceptualized earlier this year by fresh produce grower Sarah Frey-Talley. After testing a variety of flavor bases at home for a few months, Frey-Talley, the chief executive of Frey Farms, is now bringing Tsamma to major retail shelves.

Frey-Talley believes the watermelon is a perfect fit for the juice aisle, pointing out that the average American usually buys a whole watermelon just five times a year. It can take a lot of time to slice the fruit, remove seeds, and then it has to be consumed quickly—all factors that limit its growth potential.

“We took an inconvenient item that Americans like to eat anyway and we put it in a bottle.”

Even though it has been on the market for just three months, Tsamma is already on the shelves in more than 1,200 stores, including Whole Foods (WFM) and The Fresh Market (TFM). Other national chains are expressing interest in the beverage, which squeezes one-and-a-half pounds of watermelon into each bottle.

Tsamma’s quick acceptance from grocery-store chains can be attributed to Frey-Talley’s experience as both a farmer and a savvy saleswoman. When Frey-Talley was as young as eight, she accompanied her mother on a delivery route for the watermelons her family grew on a small, 80-acre farm in southern Illinois.

By the time she was a teenager, Frey-Talley took over the route from her mother, at that point she also began to purchase watermelons and cantaloupes from small farms and distribute them to stores across several states.

Since Frey-Talley took over the family business she has expanded what is now called Frey Farms across seven states, with several thousand acres of land, and distribution centers that package and ship the produce. In the beginning, Frey-Talley worked alone, but now she employees up to 600 workers during the peak-growing season.

Tsamma (named after a melon grown in Africa that is thought to be the parent of all melons we know today) is angling for a slice of the bottled super-premium fruit and veggie juices segment, which reported sales of $2.25 billion last year, according to a Barron’s report that cited Beverage Marketing data. Sales for that segment are up 58% since 2004, the research and consulting firm has reported.

Consumers are gravitating toward bottled juices, and even buying more mixers to make juices at home, as they aim to drink more all-natural beverages. That shift has resulted in greater sales of juices, smoothies and flavored waters, but fewer sales of high-sugar beverages like soda.

Sherry Frey (no relation to Frey-Talley), vice president of Nielsen Perishables Group, said the popularity of juices has ebbed and flowed the past few decades, but this time around it is notable that juices aren’t just popular with health-conscious consumers. Juice sales today have across-the-board appeal, Frey said, noting that millennials are looking for something healthy on the go, parents like to serve juices to their kids, and boomers are looking at the benefits of juicing as they look to extend their lives.

“Some might think that our plan of growth is aggressive, and we definitely have a lot of consumer education to do to get people to understand the benefits,” Frey-Talley said. She believes watermelon juice sales could one day rival the sale of coconut water — another beverage that has become wildly popular in recent years.

“I’m hoping anyway,” she said. “Otherwise I’ll have to sell a farm.”