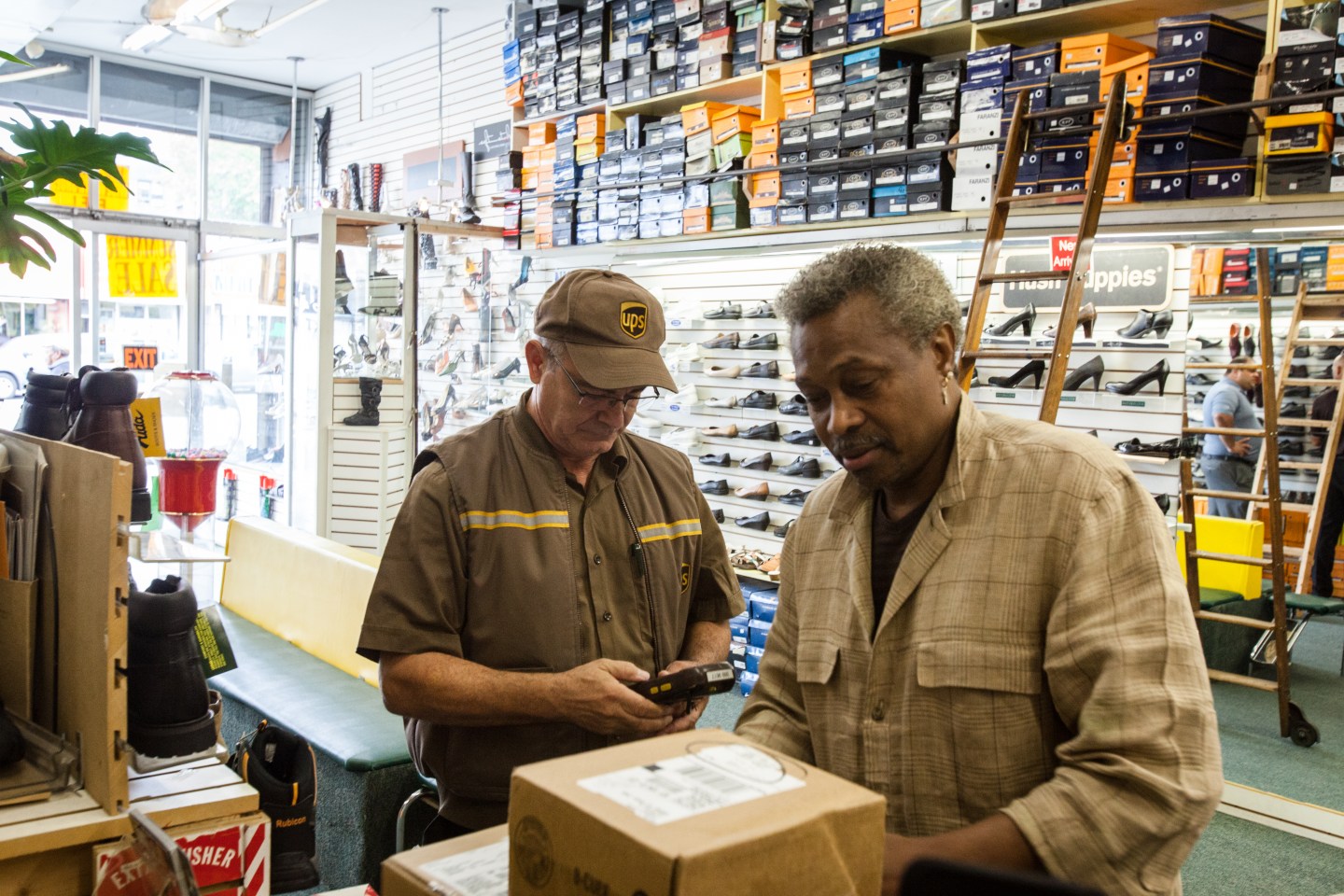 United Parcel Service (UPS) thinks it has found the perfect tool to speed up package delivery, and in the process lower costs: neighborhood convenience and grocery stores.

UPS, the world’s largest package delivery service, is currently testing out a new service, called UPS Access Point, at 300 locations in Chicago and New York. The idea is to recruit local businesses with evening and weekend hours within a short distance of customers to serve as additional pick-up spots where UPS can leave a package when someone isn’t home to accept it, thereby lowering the number of failed delivery attempts.

The company is planning on rolling out the service, already available in Europe, to all major U.S. metro area next year, and in January, to its own network of 4,400 UPS stores.

UPS, the market leader with 42% of e-commerce deliveries but down from 55% in 1999 according to ShipMatrix data quoted by the Wall Street Journal, is introducing the service at a time it is facing stiffer competition from all sides: the U.S. Postal Service has lowered its fees dramatically to get a bigger piece of the e-commerce pie this holiday season and is offering Sunday delivery of Amazon.com (AMZN) packages in 20 metro areas. And Macy’s, (M) Target (TGT) and Neiman Marcus are among the retailers testing same-day delivery in some key markets, using other services altogether, such as Deliv or Google.

What’s more, UPS is making it a priority to slash costs on e-commerce shipments more quickly that the ongoing decline in average revenue: last quarter, the average cost to deliver a U.S. package fell 1.7%, not enough to offset a 2% drop. E-commerce is expected to grow as much as 11% this holiday season, according to the National Retail Federation, but all the competition and free shipping is squeezing rates.

“If we can eliminate having to do a secondary trip out to an address, that’s far more efficient in terms of labor costs,” UPS President of Product Development Geoff Light told Fortune. It also helps UPS save money by reducing calls to its customer service centers and leaves more room in its trucks for new packages to deliver, reducing the risk of a backlog.

The locations of the access points are being chosen as a function of local population density and proximity to places such as apartment buildings that may not have a doorman to sign for packages and where it might not be safe to just leave a package without a signature. Light said signing on national retailers could come later but that for now it was simpler to negotiate with individual businesses. FedEx (FDX) does not offer a similar service.

The introduction of Access Point is meant to complement a three-year-old service called UPS My Choice, which allows customers to sign up for alerts so they can track a package’s progress and re-route it to a more convenient address, including, now, a UPS Access Point. Here too the idea is get packages out of circulation faster, and improve the customer’s experience so retailers want to use UPS.

“This is the centerpoint of what we’re trying to do with both My Choice and the access point: ultimately help our retailers,” Light said. “The faster we can get the package into the hands of the consumer, with the least amount of effort on their part—it eliminates returns, it significantly improves the buying experience.”