GM’s Mary Barra on looking back while moving forward 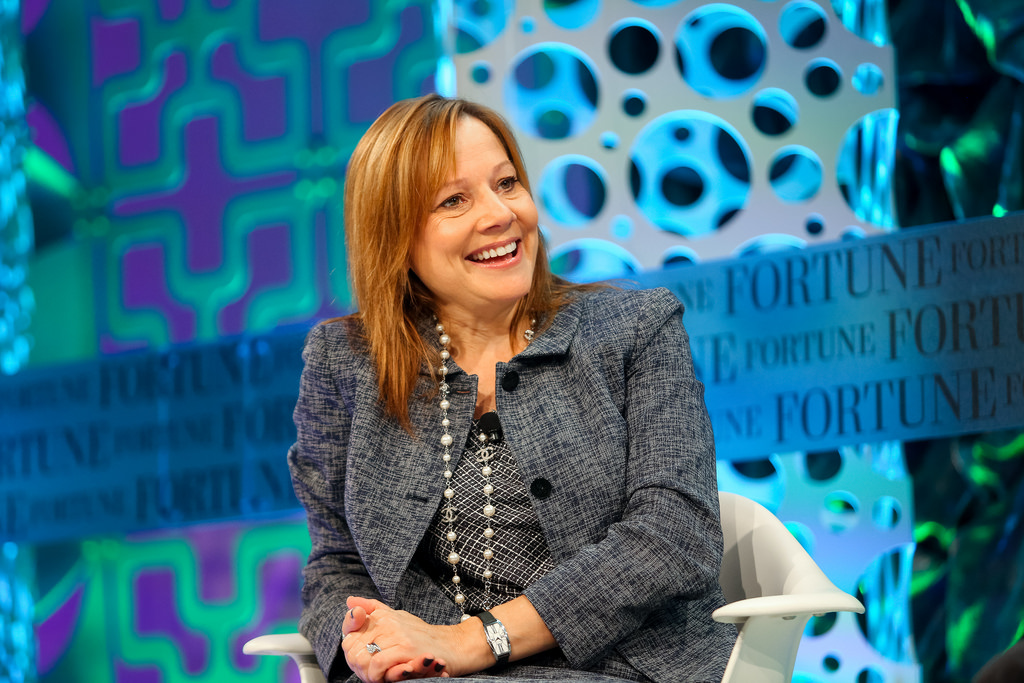 Just a few weeks after Mary Barra became CEO of GM in January, disaster hit. A defect in millions of the auto maker’s vehicles caused a number of deadly crashes and tarnished the company’s image.

The last nine months, as GM has recalled more than 29 million vehicles, have been a “whirlwind,” Barra said Wednesday at Fortune’s Most Powerful Women Summit in Laguna Niguel, California. And while the CEO is adamant that her company never forgets the destructive past that led to the recall, she is hopeful for what the future will bring.

“I do think that it is something we never want to forget. There are tremendous opportunities to improve. We need to deal with it,” said Barra in an interview with Fortune Editor Alan Murray. “Just because you have been… in the industry for 100 years doesn’t mean you have the right to be here tomorrow.”

The CEO believes that the auto industry will change more in the next five to ten years than it did in the last 50. Among the innovations that Barra is eager to pursue is autonomous driving. While Google [X] may be leading the way with its driverless car experiments, GM (GM) is also exploring options to implement the technology in its own vehicles. Driverless cars have the potential of reducing traffic and making driving more efficient, but Americans may not be ready for it just yet, she added.

“How comfortable would you feel if you had to take you hands off the wheel right now? Not very,” she said. “It is step by step process to get the consumer comfortable with that and understand it.”

Barra also sees huge strides in making cars more connected and safer in the process. A wireless technology called V2X allows vehicles communicate with their surroundings and warn drivers of trouble that may be ahead. The tech has the potential of helping drivers avoid 70 to 80% of crashes involved unimpaired drivers, she wrote last week in The Washington Post. The 2017 Cadillac CTS will be the first GM vehicle to carry the technology.

Murray probed Barra on why electric cars have not been adopted by the industry at a more rapid pace. Her answer? “The customer is incredibly rational” and until the industry makes electric cars an attractive value proposition, implementation will continue to be slow.

Barra is also encouraged by some advancements outside of the car industry. Among them, is more young girls pursuing an education in the STEM field. Barra studied engineering in college, and she said it is “so important for young women to not rule out science and math.”

To help the young daughters of family friends get interested in these subjects, Barra said she has bought several GoldieBlox toy sets to give them as gifts. GoldieBlox makes toys for girls designed to develop early interest in engineering and confidence in problem-solving.

Debbie Sterling, the founder and CEO Goldieblox, also attended the conference in Laguna Niguel this week as part of Fortune’s 2014 class of Most Promising Women Entrepreneurs. In a separate interview, Sterling said her company is “trying to innovate and not rely on these old stereotypes” that girls can’t excel in technical fields.

Founded in 2012, her company has grown tremendously and now sells sets in Toys R’ Us, among other retailers. Barra, who encourages girls to learn about math and science, is just one of its many fans.

“I think Goldieblox is such a great way to keep that five, six, or seven year-old involved in making things,” she said.