Megyn Kelly on power, Dr. Phil, and ‘settling for more’ 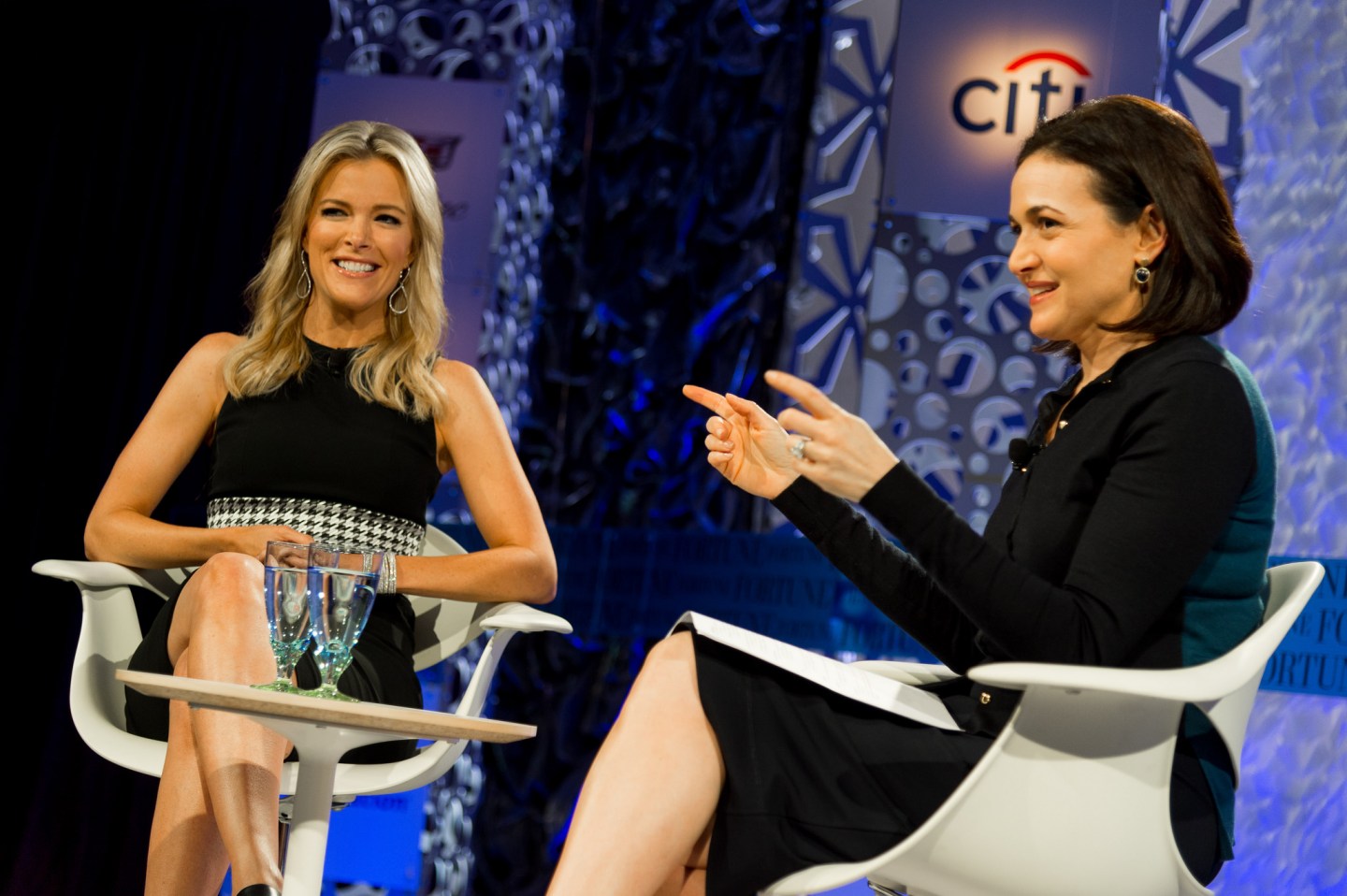 Facebook COO Sheryl Sandberg thinks we ought to put the spotlight on powerful women more often. In her view, highlighting Megyn Kelly, the anchor of the Fox News show The Kelly File, is a good place to start.

On Tuesday, the COO of Facebook (FB) and founder of the Lean In organization interviewed Kelly on stage at Fortune’s Most Powerful Women Summit in Laguna Niguel, California. Sandberg became enamored with Kelly last year after the Fox news anchor aggressively shut down GOP talking heads Erick Erickson and Lou Dobbs for sexist comments they made about working moms. After watching the segment, “I just cold called her,” Sandberg said.

Since then, the Facebook executive has been constantly impressed by Kelly’s unstereotypical demeanor on air.

“We are uncomfortable with aggression in women.” Sandberg told Kelly onstage. “We are uncomfortable with people who are forthright. The traditional way that women have anchored news is actually different that what you do. It is a little more eye-lash batting, a little flirtier, a little more demur, and you are not doing that. You are covering serious topics and you are doing it with strength and conviction.”

For her part, Kelly says when her male colleagues strongly push their guests on air, no one really gives it a second thought. But when Kelly has a particularly contentious interview, she is often described as shrill. But the anchor — whose show is now the second-most-watched cable news program — tries not to think about gender politics during work.

“When I sit across that desk, it doesn’t matter who is across from me,” Kelly said. “I only have one master and that is my audience and I will serve that audience.”

Kelly came to journalism after about a decade of working as a trial lawyer. Despite a high-paying legal career and a marriage to an influential doctor, Kelly found she wasn’t living the life she wanted. She eventually realized that some change was in order and she left the legal profession for journalism and divorced her first husband (turning him into, as she termed, her “wusband”).

Her inspiration for change? “A brilliant man by the name of Dr. Phil,” she said with a smile.

“He said the only difference between you and someone you envy is you settled for less. It just spoke to me,” she said.

So Kelly decided to make her life philosophy “settle for more.” Instead of wasting energy looking at people that she admired and women who “had it all,” Kelly took risks and changed her life in the process. She likely wouldn’t have had her big break, however, if it wasn’t the help from another woman. A friend in her guitar class who worked as a freelance reporter helped Kelly get her first job on air.

“In TV, a woman helping another woman, is not that common, but she did,” Kelly told 400 prominent women (and a few brave men) in Fortune’s audience.“The sisterhood lives.”