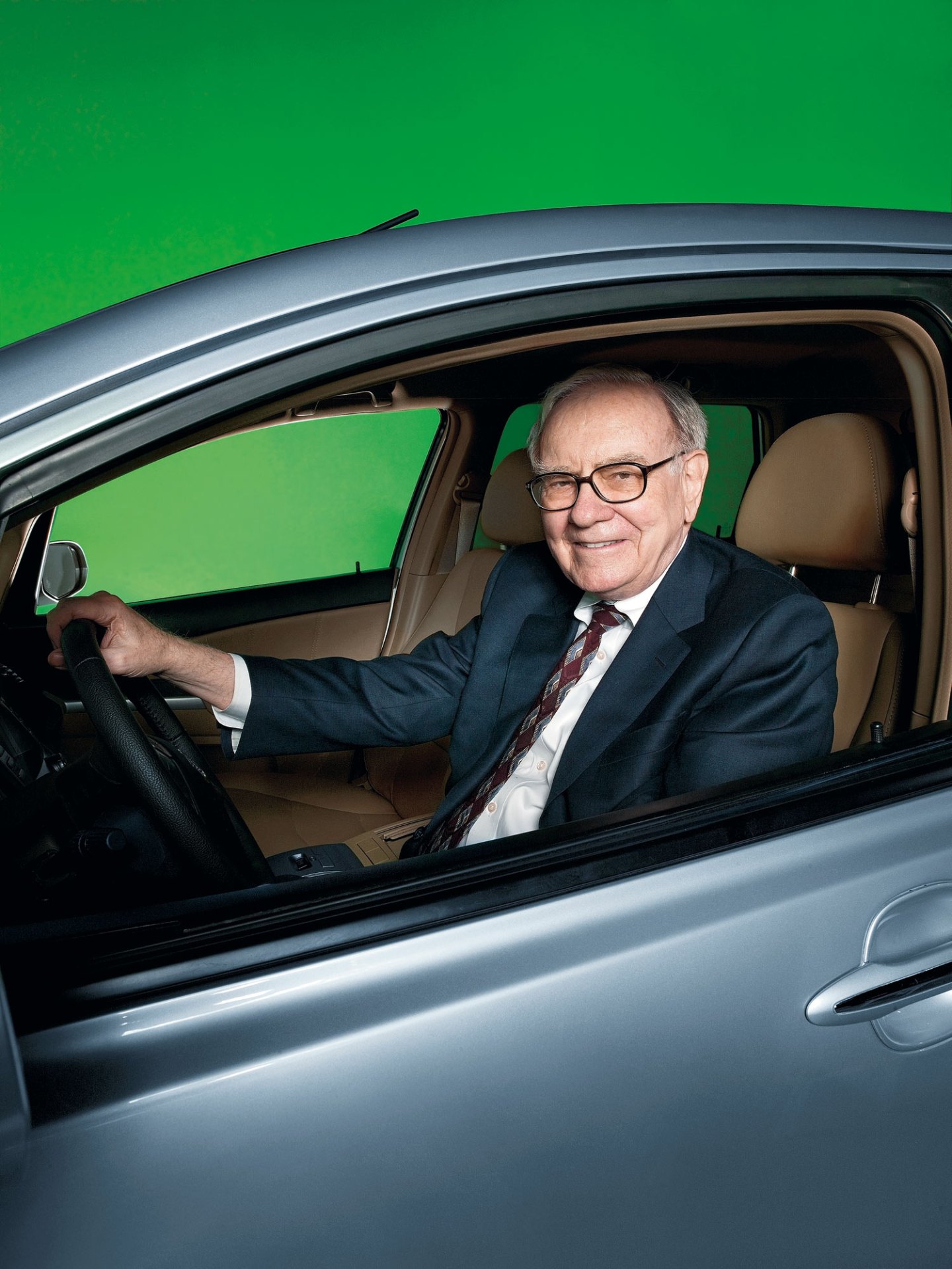 Van Tuyl, based in Phoenix, Ariz., and headed by Larry Van Tuyl, 65, is a private company that owns majority stakes in 78 dealerships, most of them located in the Southwest and Midwest. The dealers retail a wide assortment of auto names, among them Chevrolet, Mercedes, BMW, Toyota, and Cadillac (which happens to be what Buffett drives).

In its latest annual list of the largest U.S. dealerships, Automotive News reports Van Tuyl’s 2013 revenue was almost $8 billion. That made Van Tuyl fifth on the list, which was headed by publicly-owned AutoNation (AN). That company has more than 260 dealerships and had revenue of $17.6 billion in 2013.

The financial terms of the Berkshire-Van Tuyl deal were not announced, are not likely to be, and—alas—are not known to this writer. But some idea of the dollar figures involved may be gleaned by referring to AutoNation’s total market value, which is about $6 billion, or just over one-third of its 2013 revenue. If Berkshire is paying a like price for Van Tuyl, the money changing hands would approach $3 billion.

But public market prices aren’t cheap, and Buffett is known to be a careful buyer—not likely to forget that car dealers can suffer dismal years, as they did in the recent recession. Even so, says Buffett, Van Tuyl remained profitable during the recession.

A price in the $3 billion area, in any case, would do no more than dent Berkshire’s cash pile, which at midyear amounted to more than $55 billion. On the other hand, you can think of some of that stack as now available for other car dealership acquisitions, in an industry that keeps consolidating. One Van Tuyl executive who’ll be focusing on acquisitions is CEO-elect Jeff Rachor, 52, an industry veteran who for a time worked with Michael Dell on a dealership venture that didn’t go very far.

Buffett loves his Van Tuyl acquisition, describing the company as “a big, very well-run business whose economics I understand.” The economics include a relatively small need for capital, because dealers “floorplan” their operations, meaning that auto finance companies and other lenders own the cars the dealers market. Lenders also end up carrying the receivables that result from automobile sales.

So it is that a company such as AutoNation, which is controlled by investor Eddie Lampert and in which Bill Gates also has a major stake, has a good return on equity of 18%. (The return has been pushed up over the years by the company buying in large quantities of its own stock.)

Because each of Van Tuyl’s dealerships is itself a partnership, the details of Berkshire’s acquisition took many months, as the two companies inched toward a contract. One element that kept Larry Van Tuyl and Jeff Rachor focused on the job, says Buffett, is that both are “nuts” about Berkshire.

At Berkshire itself, the negotiations fell principally on its lawyers and its chief financial officer, Marc Hamburg. Says Buffett: “I like the Van Tuyl people enormously. But if I had had to deal with the contract’s complications, I probably wouldn’t have lasted it out.”

Besides cars, Larry Van Tuyl’s enthusiasms include luxury yachts. He owns a 164-footer, called by the neat name of Vango.

The writer of this article, retired Fortune staff member Carol Loomis, is a long-time friend of Warren Buffett and a long-time owner of Berkshire Hathaway stock.