Ukraine under assault on two fronts: Donetsk, and gas 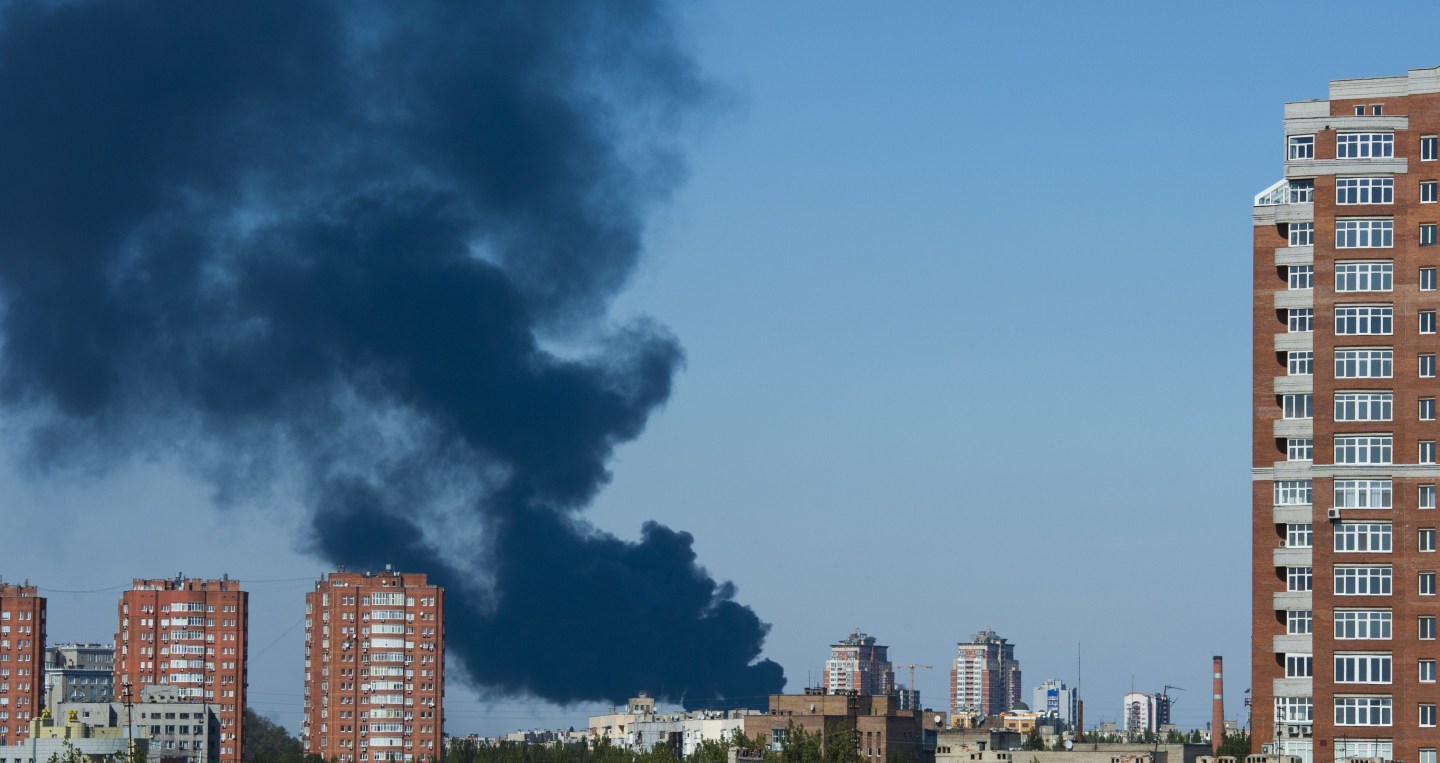 Pro-Russian rebels have launched an all-out attack in an effort to retake Donetsk airport, Ukrainian media reported Thursday, further undermining the fragile ceasefire that has been in place for the last month.

The ceasefire has been repeatedly violated in generally low-level skirmishes during the last few weeks, leading NATO general Philip Breedlove to describe it as existing “in name only”, but exchanges have intensified in recent days after signs that the political divisions between Russia and the West are hardening and both sides preparing for a lengthy chill in relations.

The Ukrainian military is desperate not to give up control of the airport, which is one of its last levers of control over the area directly around Donetsk, the center of the rebellion.

But control of the airport arguably isn’t the most important issue facing Ukraine right now. More important is the economic collapse that is staring it in the face. The World Bank now expects the economy to shrink by at least 8% this year, significantly more than the International Monetary Fund assumed when it agreed to lend the country $17 billion back in April to support the transition of power after the ousting of President Viktor Yanukovych.

The onset of now winter is putting Kyiv under increasingly intense pressure to negotiate a settlement with Russia over unpaid deliveries of natural gas. State-owned gas company Naftogaz hasn’t got anywhere near the $5.2 billion that Russia’s OAO Gazprom says it owes. Naftogaz claims it only owes $3.1 billion and the two sides are thrashing it out at an arbitration court in Stockholm.

Whatever the court decides, Gazprom wants at least $2 billion to be repaid this month before it agrees to restore supplies.

Naftogaz narrowly avoided defaulting on investors this week, just about scraping together the $1.6 billion it needed to repay international bonds that fell due Oct. 1.. The avoidance of default will make it easier for official creditors such as the International Monetary Fund and European Union to continue supporting Ukraine’s battered economy with loans. However, the next dollop of IMF money isn’t likely to come before December.

Gazprom meanwhile has been putting the squeeze on the E.U. in an attempt to make Kyiv see sense. In recent weeks, it has been cutting deliveries to countries such as Poland and Slovakia that have “reversed” Russian gas into the Ukrainian pipeline system, in efforts to stop it running down its dwindling reserves.

The E.U., which gets around a quarter of its natural gas from Russia, has responded to that pressure by reportedly urging Kyiv to accept Gazprom’s offer to sell it gas at a “discounted” level of $385 per 1,000 cubic meters for the next six months.