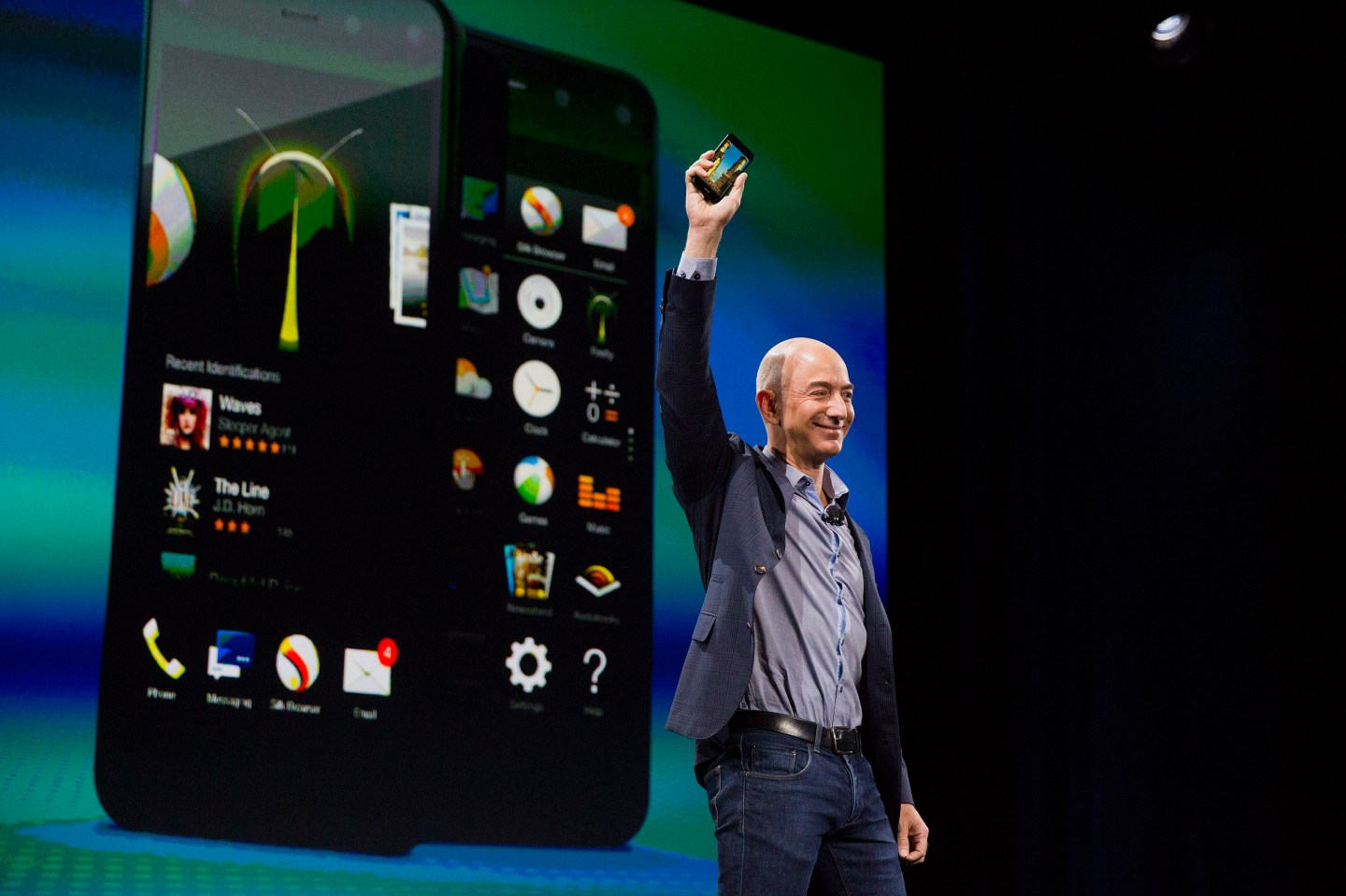 Two months after Amazon released the Fire phone, it’s fair to call the device a disappointment.

Amazon’s customers gave the smartphone a lackluster rating of 2.6 out of 5 stars. Reviewers called the device “forgettable” and “mediocre.” And Amazon (AMZN) all but admitted to underwhelming sales by drastically cutting the Fire’s price from $200 to 99 cents just one month after unveiling the device at a splashy press conference in Seattle.

Amazon’s stumble with the Fire is a major setback for the online retailing giant. By sinking money and resources into a smartphone, the company had hoped to gain a significant piece of the huge smartphone market long dominated by rivals like Apple (AAPL), Google (GOOG) and Samsung. Moreover, the Fire was supposed to funnel mobile shoppers to Amazon’s online store by making it easier to find and buy products. But Amazon is now left scrambling, and it’s unclear whether it can recover from its flop.

“The odds of Amazon succeeding were always very small,” says Mark Mahaney, Managing Director and analyst for RBC Capital Markets, who argues the price cut is a veritable Hail Mary pass. “My guess is it’s too late.”

The Fire phone’s shortcomings are plenty. On first blush, it’s an adequate device with features comparable to others in the market in terms of screen, camera and memory. What sets it apart is a three-dimensional effect for graphics on certain apps and an application called Firefly that lets shoppers in bricks and mortar stores easily identify over 100 million different products and then buy them online (preferably at Amazon).

“If they had shown up with this phone a long time ago, they could have gotten a lot more attention,” says Frank Gillett, a Forrester analyst. “But it’s a very noisy crowd in an established market. Once you show up at the party now, nobody pays attention.”

An Amazon spokesperson declined to comment. But at the Fire phone’s unveiling, Jeff Bezos trumpeted the device as a superior smartphone.

“Can we make a better phone for Amazon Prime customers?” he said onstage. “Yes. Yes, we can.”

Robert Brunner, who served as Apple’s director of industrial design from 1989 to 1997 and later collaborated on the design of Amazon’s first Kindle e-reader, gave a much more pessimistic assessment.

“To be totally frank, the Amazon phone has zero cache,” he says. “The design itself is very, overtly neutral.”

A phone is a personal object and conscious design choice on the part of its owner, Brunner argues. Alongside the iPhone and Android devices like the Moto X, customizable down to the color of its side trim, the Fire phone is nondescript. He went so far as to toss out the ultimate techie insult.

“I actually put the Fire down below BlackBerry right now as an object of desire,” Brunner says.

It also didn’t help that Amazon’s phone was the most brazen attempt yet by any major smartphone maker to lock its users into its own ecosystem of products. Certainly, the iPhone has long since steered users towards Apple services — and likewise Android users to Google offerings — but Amazon went one step further by adding what amounts to a “Buy” button on the side of the Fire phone. Click it, and you’re several steps away from two-day delivery.

“I personally felt the ‘Buy’ button was a bit forced,” says Yves Behar, the award-winning Swiss industrial designer whose past and present clients include Samsung, Jawbone and Herman Miller. “There were more elegant ways to go about introducing that.”

Amazon also misfired on how it sells the phone. Android devices and iPhones are on the shelves at thousands of physical retailers and all four top U.S. cell carriers. But people can buy the Fire phone at far fewer channels. If you want the phone, your only options are Amazon.com, a few brick and mortar retailers like Best Buy (BBY), and AT&T (T), the phone’s exclusive cell carrier.

Additionally, Amazon stumbled on pricing. Selling the Fire for $200, the industry standard, ran contrary to Amazon’s long-held, company-wide strategy of undercutting the competition.

As it stands, Mahaney, the RBC analyst, doesn’t expect the Fire phone’s U.S. smartphone market share to crack 10%, even after the price drop. Indeed, price drops on phones rarely lift sales. For example, AT&T’s price cut last year on the HTC First, a phone with Facebook-centric software, didn’t save it from eventually being killed off.

But Amazon may have a shot next year if it comes up with a newer model with a more competitive design and wider availability. Its first Kindle Fire tablet in 2011 was by no means a home run, but the versions that followed proved substantially better, even if Amazon’s share of the worldwide tablet market remains a miniscule .4%, according to IDC.

“This probably isn’t the last Fire phone we’ll see,” says Gillett, from Forrester. “But if Amazon has learned anything, the announcement of the next one will be more low-key.”