Why digital marketers should be excited about Apple Pay 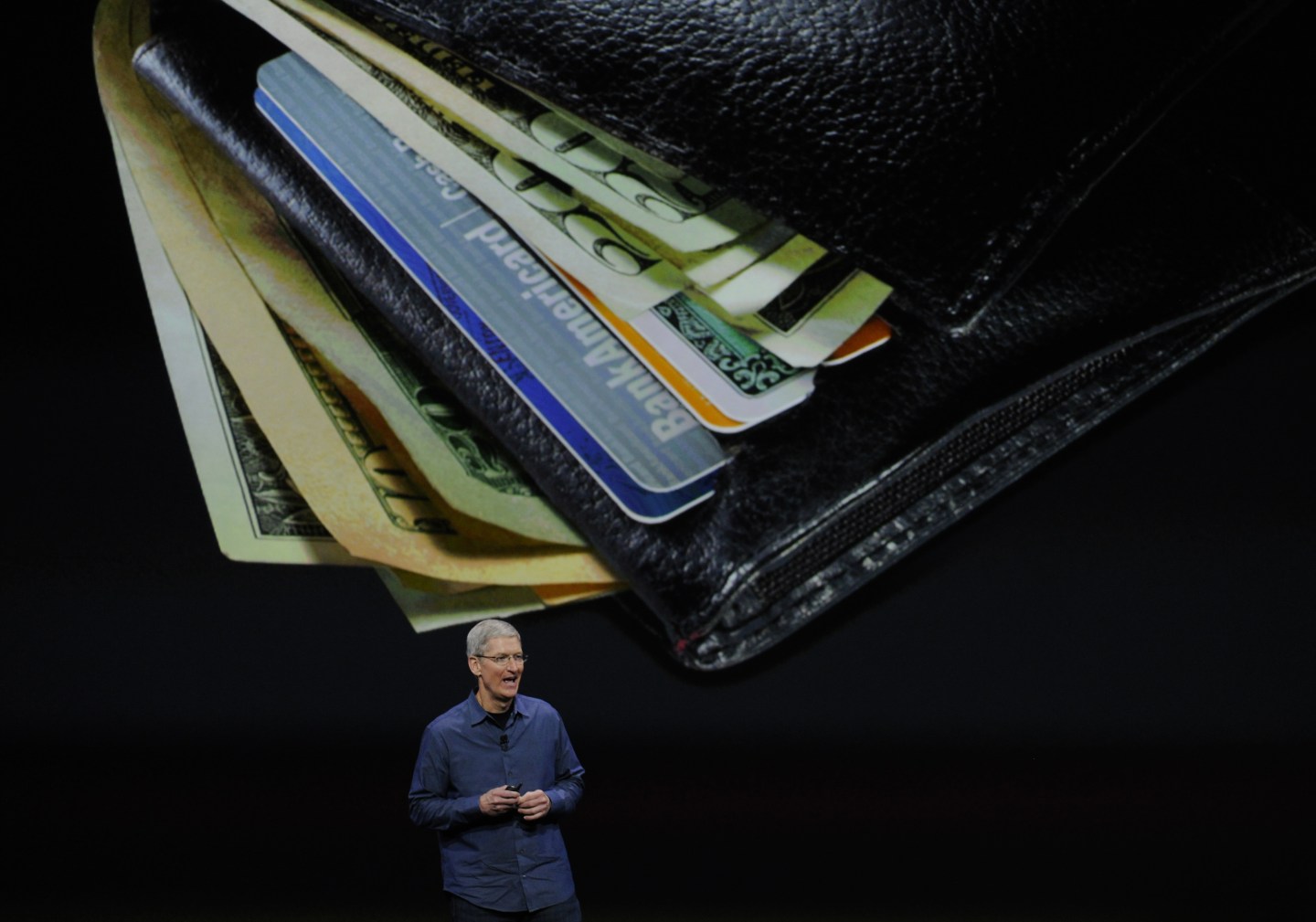 During the first weekend of its existence, Apple’s iPhone 6 found its way into the hands of 10 million people—creating an instant audience for its forthcoming mobile payments service, Apple Pay. The numbers will be higher the instant I publish this.

That makes digital marketing expert Jack Philbin downright gleeful. “This is like the moment I remember from 2003 when ‘American Idol’ put text messaging on the map,” he says, referring to the reality show’s decision to let fans vote singers on or off the show via SMS. “Apple Pay is that moment when marketers really have to pay attention to mobile.”

That’s because the new service should draw attention to an app that a far larger number of iPhone owners already have on their smartphones, Passbook. Apple’s (AAPL) mobile wallet lets someone save and organize airplane boarding passes, movie tickets or gift cards that can be scanned for redemption. Payments are usually tied to credit- or debit-card accounts. While few brands exploit its features today, the mobile payments discussion is prompting them to reconsider Passbook’s potential for reaching consumers with promotional offers or loyalty apps.

“No one wants to carry 30 loyalty cards in their wallet,” Philbin says. “Everyone wants to take it digital.”

As co-founder and CEO of marketing technology company Vibes (and chairman of the Mobile Marketing Association in North America), he’s got a vested interest in that point of view. Its platform helps the likes of Allstate, Bloomingdale’s, Gap and Sears create and broadcast mobile campaigns. Historically this has been done using SMS, but now Vibes helps brands do the same within Passbook or Google Wallet (a similar concept for Android mobile devices). “They become a living, breathing loyalty card,” Philbin says.

For an example of how this works, consider Vibes’ work with Pep Boys. The automotive service and retail chain uses is mobile wallet application to (among other things) remind someone about when it’s time for an oil change or some other sort of maintenance. Notifications can be scheduled or triggered by proximity. Early results suggest that about one-quarter of customers who received a promotion sent to Passbook opted to save it; 30% of offers added to either Passbook or Google Wallet were redeemed in store.

So far, Vibes has managed at least 300 campaigns of this nature. Its seminar focused on the new Passbook features (held in mid-September) attracted almost 1,000 people, Philbin says.

Still skeptical about the prospects? Sure, near-field communications technology (the “tap to pay” approach that Apple Pay will use) accounts for just 2.5% of mobile payments. But that’s still almost $8.2 billion this year, and using a smartphone for transactions is something some of us do every day: close to 15% of all Starbucks transactions in the U.S. are now made with its app (that’s an average of 6 million per week). “For some, it’s becoming a learned behavior,” Philbin says.

This item first appeared in the Sept. 26 edition of Data Sheet, Fortune’s daily newsletter on the business of technology. Sign up here.