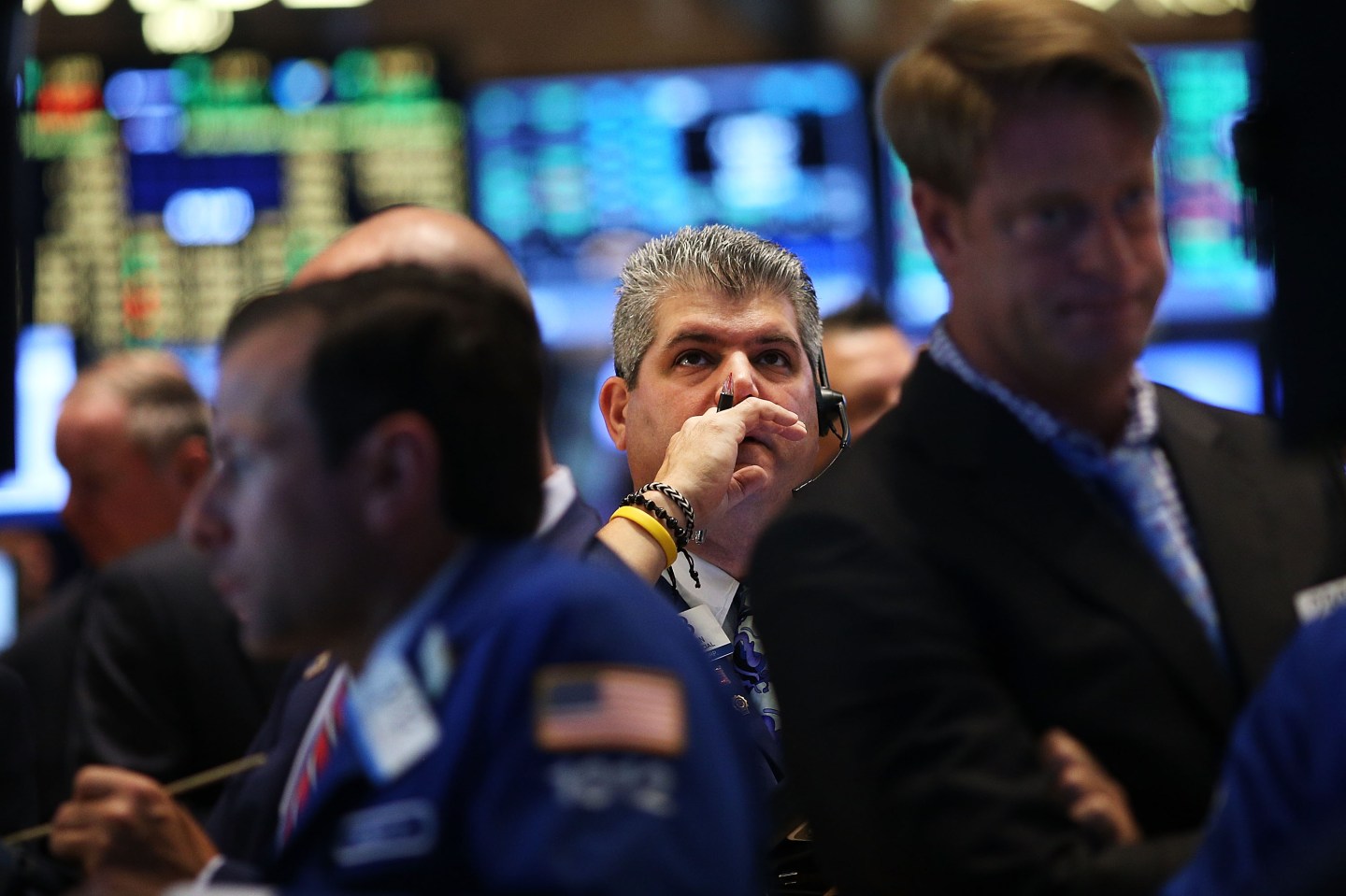 NEW YORK, NY - JULY 14: Traders work on the floor of the New York Stock Exchange (NYSE) on July 14, 2014 in New York City. As investors prepare for a series of earnings reports this week, markets started off to a positive start on Monday. The Dow Jones Industrial Average was up 129 points in morning trading. (Photo by Spencer Platt/Getty Images)
Photo by Spencer Platt—Getty Images

The Dow Jones Industrial Average fell throughout Tuesday’s trading session, closing down by 116.8 points, or 0.7%. It was the second straight day of declines for the index, which lost 107 points on Monday after the release of unimpressive economic data out of China along with a dip in oil prices.

The Dow Jones had finished Friday at a record close of 17,279.7 following the blockbuster debut of Chinese e-commerce giant Alibaba (BABA), which finished its first day of trading up 38%. However, Alibaba’s shares have come back to earth slightly to start this week, and are now trading 7% lower than Friday’s closing price.

The U.S. military confirmed late Monday that it was leading a group of allied forces that launched airstrikes aimed at key targets in Syria held by the Islamist militant group ISIS. And, as Fortune reported Monday evening, the U.S. Treasury Department announced a new set of regulations meant to either reduce the tax benefits corporations experience when the move their headquarters overseas or, in some cases, to stop those inversion transactions entirely.

The decline of U.S. markets also followed a similar pull-back in Europe, where investors showed concern over disappointing Eurozone data and where the Obama administration’s attempts to cut down on the number of tax inversions was also a cause for worry, as Fortune reported.