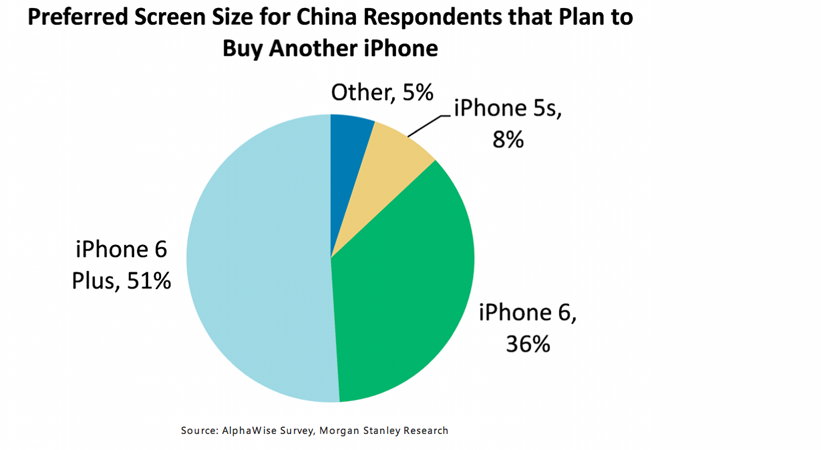 With a bill of materials that’s lower than expected, price tiers that strongly encourage up-selling and a larger screen that actually costs Apple less to manufacturer than last year’s model, the new line of iPhones should sweeten the iPhone average selling price and generate an extra couple billion dollars in revenue.

That’s the thrust of a note to clients issued Tuesday by Morgan Stanley’s Katy Huberty. It was accompanied by a two useful charts.

The first is a pie chart generated from that proprietary survey of Chinese buyers. It shows a preference for the 5.5-inch model that’s nearly double that of U.S. buyers (26%).

The second, copied below, is Morgan Stanley’s breakdown of the current iPhone lineup, from unlocked price, through bill of materials, to profit margins. It shows gross margins reaching 48.8% on the 128GB iPhone 6 Plus. The mark-up for NAND memory is particularly rich.