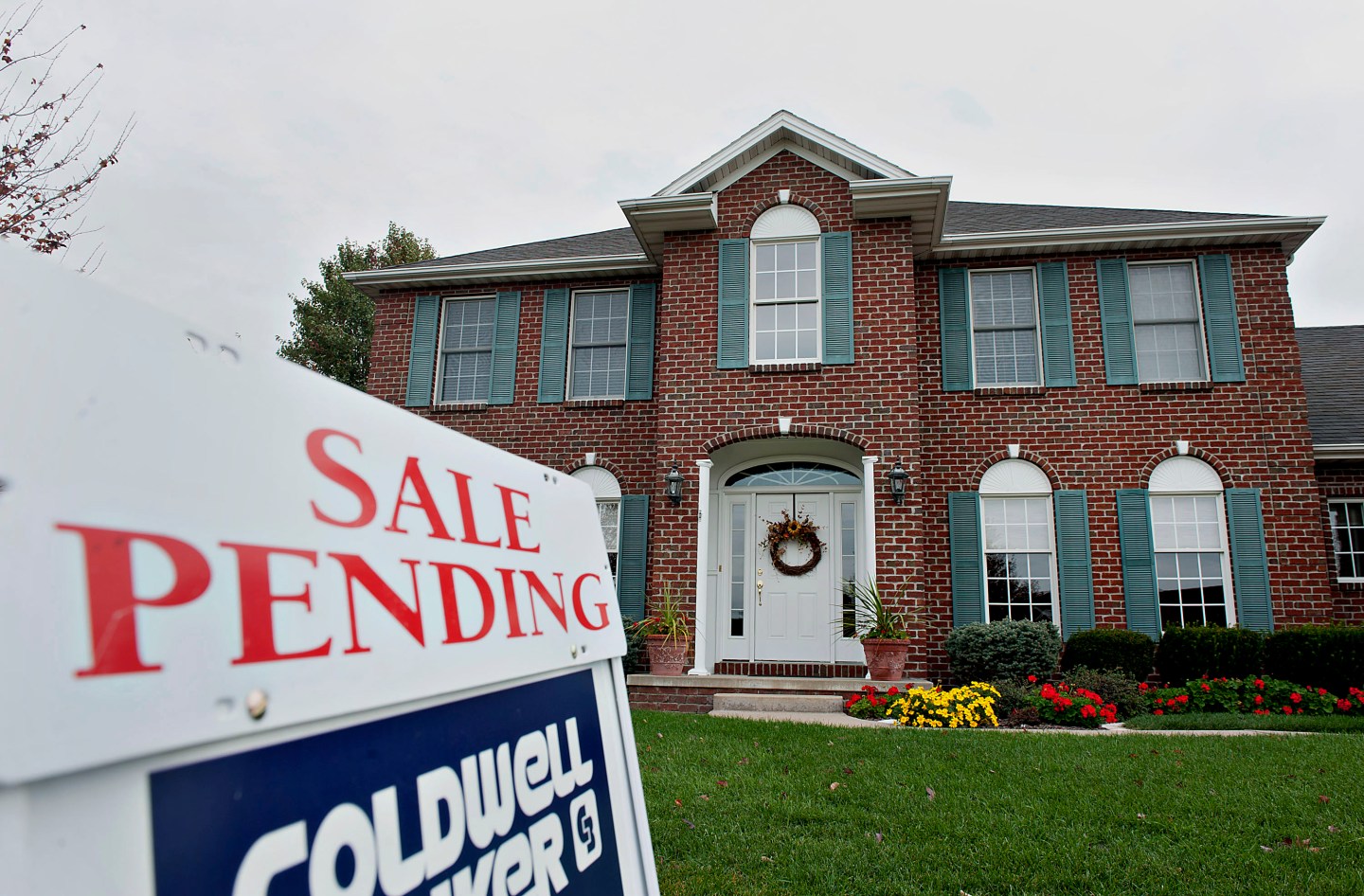 It’s no fun being young.

That’s a conclusion you can easily draw from a trove of Census data released this week, which showed that while 18 to 34 year olds are less likely to live with their parents than they were at the height of the recession, their economic prospects are lagging behind those of the broader population.

Jed Kolko, chief economist at Trulia, put together this graph, which shows that Millennials are finally moving out of their parents’ houses, after years of living at home:

But that’s where the good news ends. Over the past two years, Millennials have been moving away from home, but they don’t actually have enough money, or desire, to form their own households. The homeownership rate among Millennials continues to fall:

The falling homeownership rate and falling “headship rate”—which is the share of Millennials who are the head of a household regardless of whether they own real estate—suggest that this generation is still doubling up with friends or other relatives even if they aren’t living with Mom and Dad.

This isn’t good for the future of the construction and real estate industries. Millennials are a massive demographic group, slightly larger than even the Baby Boomers. If this group builds the wherewithal to strike out on their own and buy homes, that could be a great boon for the economy. But at this point, Millennials are not there.

The unemployment rate for those ages 16 to 24 is more than twice that of the population at large. For those aged 25 to 34, the picture looks a bit better, with the unemployment rate just 10% higher than the overall population. The one bright spot in the Census data for the youngest workers: between 2012 and 2013, median income for those aged 15 to 24 shot up by 10% from $31,000 per year to roughly $34,000 per year. But this is the first time since 2006 that this age group has seen any increase in income at all, meanwhile the cost of shelter has risen 16% since that time. Income for the older half of the Millennial generation rose just 1.1% between 2012 and 2013.

This poor performance could mean that the housing industry is building too many homes, according to Kolka. This is quite the surprise given that single-family housing construction is still well below pre-crisis and even pre-bubble norms:

Writes Kolko, “Newly released data from the Census Bureau’s American Community Survey (ACS) show that the vacancy rate for single-family homes actually ticked up a bit in 2013. That’s a big surprise. It suggests even today’s low level of single-family construction might still be too much, too soon.”

In other words, unless young people start to earn more and begin to form their own households, it’s difficult to see how the housing recovery will gain steam and support a construction industry that in years past has boosted annual GDP growth by as much as 1.5%.