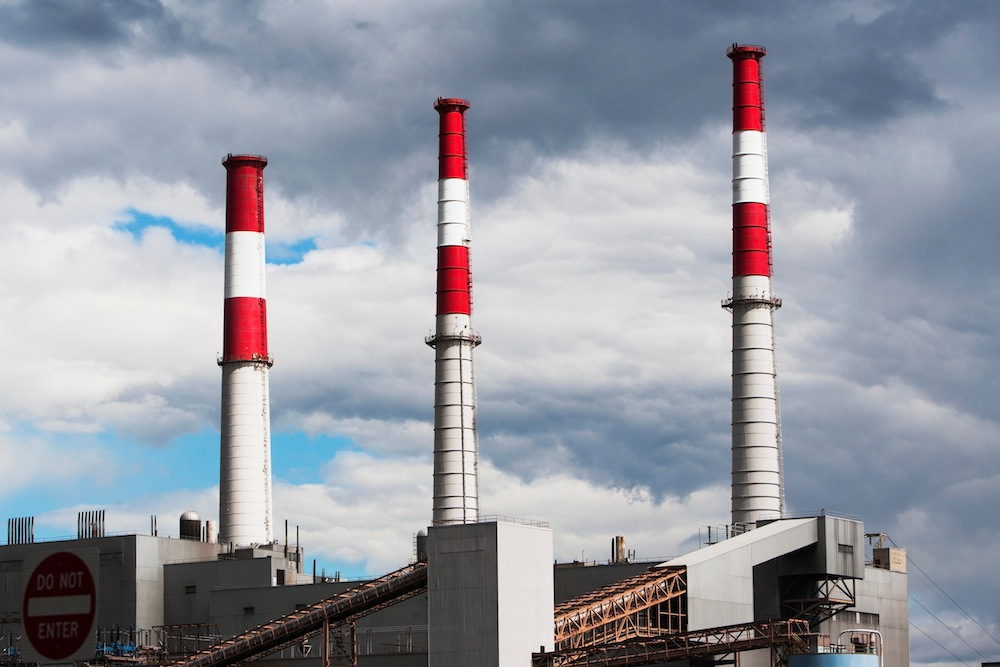 Working at a nursing home in New York City, Myrtle E. Williams had seen her share of severe storms. But neither she nor her union colleagues gave much thought to climate change, figuring the occasional Nor’easter was just part of the state’s unpredictable weather.

Then Hurricane Sandy hit in 2012, flooding the Peninsula Center for Extended Care and Rehabilitation, in Far Rockaway, where she worked as a nurse and forcing her and a skeleton staff to spend the next week caring for the frail and elderly amid power outages. She then had to help with an evacuation just ahead of a blizzard that followed.

“We were watching the water from the bay and the ocean,” Williams said. “We saw the water rising and the next thing we saw all the street lights went out and, not longer after that, our lights went out. The water kept rising. It was very scary.”

The experience of seeing so much devastation in her community has left its mark on Williams and many other union members who worked through he storm, helped with the cleanup and, in the worst cases, lost their homes in the hurricane. Many are now concerned about climate change and its impact.

“It became more real to me how important it is for us to recognize what is happening with our climate and how it’s effecting us,” Williams said.

Williams, a member of the 1199SEIU United Healthcare Workers East, is among 10,000 union members from 70 unions in New York and around the country who took part in the People’s Climate March on Sunday to call for United States and the rest of the world to tackle global warming. Two days before the United Nations convenes a one-day climate summit, march organizers said as many as 100,000 people demonstrated, chanted and sang their way through midtown Manhattan including activists, business leaders and host of celebrities reportedly including Leonardo DiCaprio, Susan Sarandon and Brad Pitt. Related events took place in over 160 other countries.

The presence of Williams and other union members marching through the streets of New York – by far the largest participation of organized labor in a climate event – might surprise some onlookers who have grown used to organized labor lining up with big business to oppose President Obama’s plan to cut emissions, primarily from coal-fired power plants. Unions have also supported the building of the Keystone Pipeline, which is opposed by environmentalists.

But in many ways their participation illustrates an emerging struggle within the union movement to strike a balance between supporting job growth and recognizing environmental issues are a concern, especially among their younger members. More so, they recognize a growing number those jobs they aim to protect are now in sectors like solar, wind and clean tech while those in coal mines or power plants are increasingly at risk.

Gary Chaison, a professor of industrial relations at Clark University in Worcester, Mass., said unions these days are finding themselves “severely torn” over the issue of the environment.

“The unions nowadays are weakened to the extent that they rely heavily on the favors of their allies to get legislation passed that will protect workers,” Chaison said. “They realize they have to sign onto the agenda and the agenda often includes environmental issues. So for instance, they are torn between supporting Keystone and protecting jobs or creating jobs and being against Keystone and protecting environmental concerns.”

James Craft, a business professor at University of Pittsburgh who focuses on labor relations, noted that unions must reconsider their mission since they now only represent about 7% of the private sector workforce. Part of that means going green.

“We see many unions reinventing themselves in a pragmatic fashion as social movements to grow and take advantage of new jobs and social trends that are emerging in an era of environmental protection and social equality,” Craft said. “Those that are not able or chose not to assume the broader social perspective and changing context will gradually die out.”

Jim Spellane, a spokesman for the International Brotherhood of Electrical Workers, which has opposed Obama’s emissions plan, said it supports taking action on climate change but not at the risk of jobs or disruptions to society. He noted a New York local of the union, Local 3, would be in the march reflecting the diversity of opinions within each union.

“We don’t think it’s mutually exclusive to oppose some elements of the president’s plan and to think the world has to deal with climate change,” Spellane said, contending the EPA’s proposal to cut emissions from power plants by 30% by 2030 goes too far.

“If we threaten the reliability of the system … shut down this much capability as would happen if these rules get passed, it is going to have ripple effects across the economy that will be felt by everyone,” he said. “We do not see that as a good thing.”

Such concerns were largely absent at the march, where union leaders implored their members to speak out for action on climate change, stand up against big polluters and push for a transition to a world with millions of green jobs. The choice, they insisted, didn’t have to be between a good paying job and a cleaner environment.

“This is your Woodstock,” Christopher Erikson, the business manager of IBEW, Local 3, told the crowd, many of whom held up signs like “Healthy Planet, Good Jobs” and “Another Teamster For Climate Justice.” “Today is the day your children and their children remember us. Today, our voices will be heard. This is not a moral issue. It’s an economic battle.”

Many, like Williams, the nurse, invoked Hurricane Sandy as an event that inspired them to become outspoken on the issue, but others said it was the changing nature of their jobs. Many in the construction trades find themselves working on green buildings, noting that New York City announced this weekend plans to overhaul the energy efficiency standards of all its buildings.

“We have to retrofit,” said Jaime Lopez, an electrician who powered the lights on a float by riding a stationary bike. “We can’t destroy everything we have. We have to change what we have. That means rebuilding things in different ways, adding new technologies to already existing structures.”

It remains to be seen whether the enthusiasm Sunday carries over to the union halls more broadly. Many said it would because there is a younger generation that understands and cares about the issue – many of them brought their children to the march.

“It is so historic,” said K. Dean Hubbard, Jr., the director of Sierra Club’s labor program, who attributes the strong turn out and the impact of Sandy.

“It’s like a new moment where a new kind of coalition is emerging before our eyes,” he said. “In New York, Sandy brought home the reality of what it means – that it’s not something abstract, that it is something real. It is something that affects our homes, our lives, our jobs, our children – not something out there in the future.”