Why did Alibaba’s IPO take so long to price? 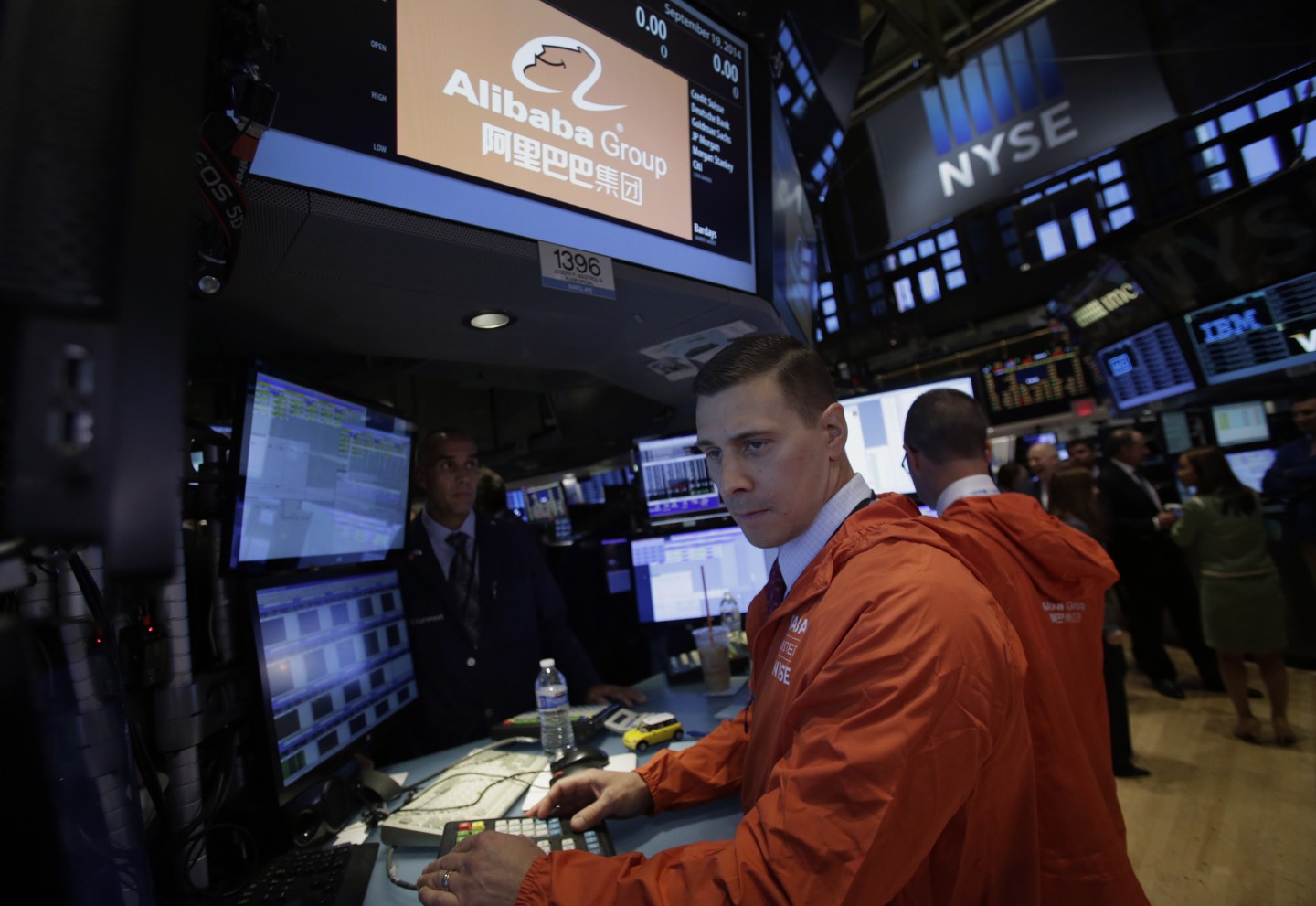 Traders work on the floor of the the New York Stock Exchange (NYSE) in New York, U.S., on Friday, Sept. 19, 2014. Alibaba Group Holding Ltd., the e-commerce company started in 1999 with $60,000 cobbled together by Jack Ma, cemented its status as a symbol of China's economic emergence by raising $21.8 billion in a U.S. initial public offering. Photographer: Scott Eells/Bloomberg via Getty Images
Photograph by Scott Eells — Bloomberg/Getty Images

Alibaba’s initial public offering took nearly two and a half hours to price Friday, finally opening at $92.70 a share just shy of the noon lunch hour.

IPOs usually open for trading soon after the market opens at 9:30 a.m. ET, or an hour or two later. So why did it take so long for Alibaba to start trading?

“Here you’ve got a very large [company]; the largest market cap for any company in history that’s going public, and on top of that its a highly sought after tech company,” explained David Ethridge, head of capital markets at the New York Stock Exchange. “So you’ve got a little extra juice to that, and that makes it take a little bit longer.”

The pricing auction to determine the opening number starts as soon as the opening bell is rung. Buyers and sellers convene on the NYSE (NYSE) floor (and virtually) to call out how much they are willing to sell and buy at a given price. The auction kicks off with a range, for Alibaba that was $80 to $83 a share, and it is slowly tweaked and narrowed until the market-maker bank lands on the opening price.

This process typically happens quickly. Most IPOs open within 15 minutes of the opening bell.

However, with big offerings such as Alibaba (BABA) it can take much longer to work out a price, as investors saw today. Part of the reason for the slowness was an overly cautious attitude on the part of the NYSE. Officials wanted to avoid the opening trade problems that plagued Facebook’s (FB) launch on the Nasdaq.
[fortune-brightcove videoid=3793354627001]

Ethridge called Alibaba’s pricing “a textbook open,” though it took longer than most IPOs. In fact, it was the longest price auction that he could remember, and possibly ever. Twitter (TWTR), one of the more recent major tech stocks to debut, took about an hour and ten minutes to open. Most bankers and insiders had expected Alibaba to open at around 11 a.m. Friday, which wasn’t far off the actual start time.

Alibaba has been a widely-hyped stock, and that puts more pressure on the exchange and banks to make sure they get the trading start right.

“People are excited about this stock,” said Ethridge. “If you’re going to price at $68, open high and trade solidly like this, it means it was a job well done.”