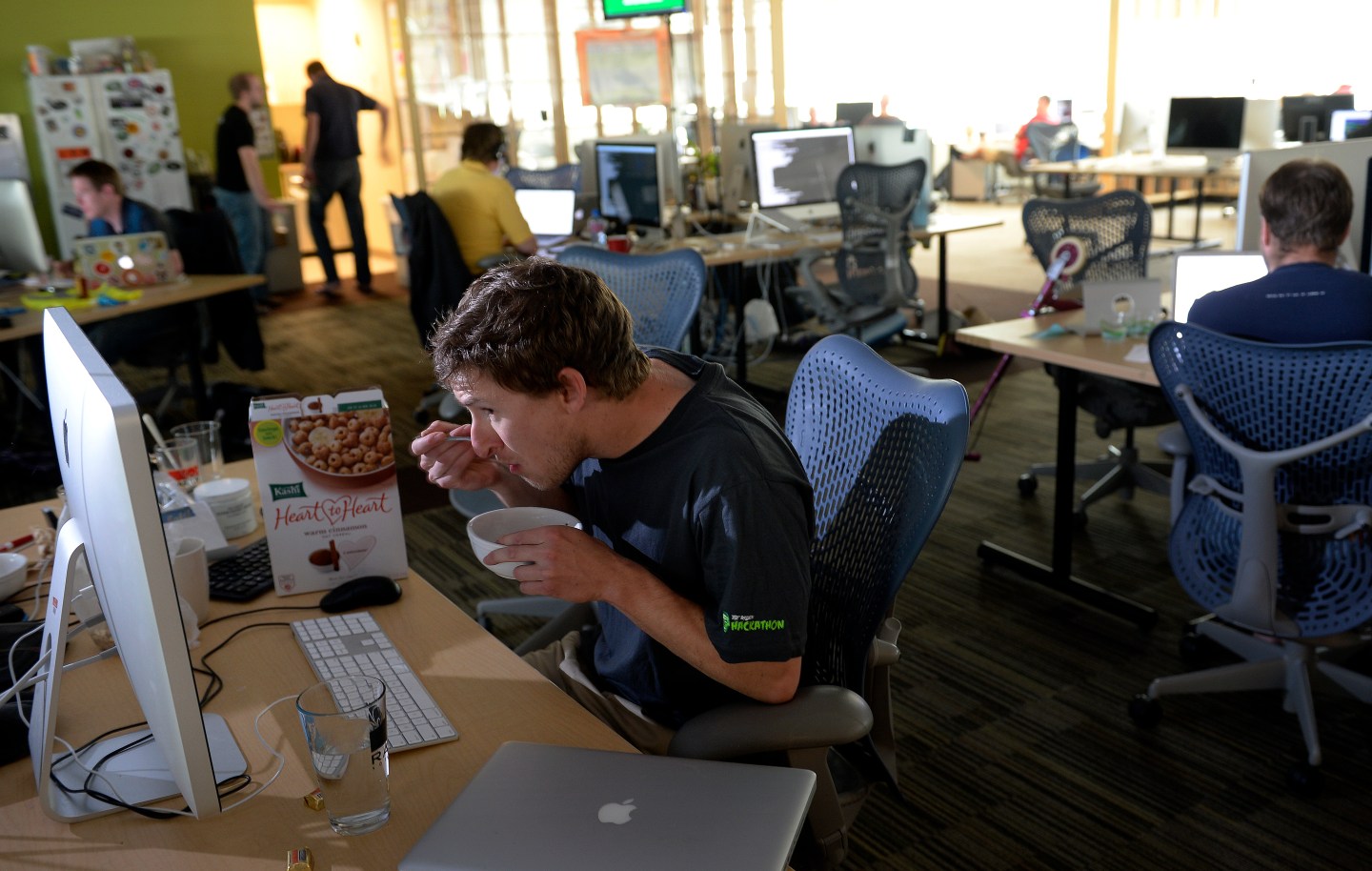 Millennials are lazy, cynical, entitled, and distrusting of institutions, including large corporations, right? Maybe not.

There are plenty of widely held beliefs about the characteristics that define the Millennial generation (typically demarcated as those born between 1980 and 2000). In stories published last year: the New York Times mentions that Millennials “have developed a reputation for a certain materialism”; the Wall Street Journal refers to “that entitlement complex that some older critics allege is a Millennial trait”; and a Jezebel essay lists some of the accusations of Millennials: “kinda whoring it out… total bummers to mentor… make Boomers feel bad… are picky… can’t cut the cord.”

But Lauren Rikleen, author of a new book about Millennials in the workplace, You Raised Us, Now Work with Us, says “most of the negative characteristics are myths. They’re not real.” (For a candid chat with Rikleen about her book and findings, see How corporate America should adapt to millennials.)

A new study released this week suggests that Millennials have big expectations for big businesses. The study, commissioned by MSL Group, part of French communications giant Publicis Groupe, surveyed 8,000 people born between 1984 and 1996, in 17 different countries, including the United States, Canada, Singapore, India, China, Brazil, and others. The study found that Millennials—a generation typically attributed with aversion to, and distrust of, major institutions—in fact, look to the corporate world to help solve global problems.

“The biggest ‘aha’ for us in the whole study,” says MSL Group’s Scott Beaudoin, “was that although trust in business is still low, Millennials see business as the only solution for a better future. They’ve given up on government. They see big companies as our only hope.”

According to the study, 78% of Millennials recommend a company to their peers based on the company’s involvement with society. Eighty-three percent expect businesses to do more than they are already doing to help the world, but 82% do believe they are capable of it—that businesses can make the greatest impact in addressing societal issues. And they want to work with businesses to aid those efforts. Fifty-one percent said they want to get personally involved in making the world a better place, and 69% want businesses to make it easier for them to get involved.

The study could serve as a useful guide to big businesses looking to attract young people, either as employees or as customers. “We suggest ‘Re-engaging Millennials’ as the big idea for businesses in 2014,” writes MSL Group CEO Olivier Fleurot in the study, “with corporate citizenship and purpose as the path to (re)building reputations, attracting and retaining young talent and customers, and succeeding at the bottom line.”

But, Fortune 500 companies, take note: purpose for the sake of good PR won’t work with these skeptical young Internet citizens. “I think a lot of marketers inside companies have realized that commercializing around purposes [is] really attractive to Millennials,” says Beaudoin. “However, Millennials are so rational they see right through it if, under the hood, you don’t actually have solid sustainable business practices. Thanks to the Web, they have access to more information than ever before, so it’s not hard for them to see an ad and then dig around and find out if you’re truly a purpose-led business or not. And they will opt out of those companies.”

The NFL’s current crisis serves as a relevant example. On September 9, Nike ended its endorsement relationship with Baltimore Ravens runningback Ray Rice the day after a video surfaced of Rice punching his fiancee Janay Palmer in an elevator. But the news of Rice’s abuse came out back in February. So when Nike dropped Rice last week, it led many on Twitter to criticize the Swoosh for acting too late. Many asked why it took a video of the punch for Nike to cut him, why it didn’t cut him back when he admitted to the assault months before. The lesson: brands need to not just act, but act quickly, to curry any real favor with consumers.

This week, when more bad NFL news surfaced, Nike did act faster, ending its relationship with Adrian Peterson one day after it came out that Peterson had beaten not just one of his children with a tree branch, but two. Young consumers today expect brands to stand for something, and they expect them to respond to news immediately.

“They have high expectations,” says Rikleen. “As a Baby Boomer, I might have wanted a corporation I was working for, or buying products from, to act a certain way, but I had no way to generate support and enthusiasm for my position. Social media allows Millennials to use their voice in a way that no other generation has been able to do. And they do have expectations for what the responsibilities of business should be. They’re saying, ‘government’s not giving me what I want, so where can I take my activism and my power to help initiate change?'”

Procter & Gamble, GE, and Coca-Cola consistently earn high marks for the ways in which they give back and use their power and reach for good. More and more companies of their size are demonstrating a dedication to “social conscience” efforts by hiring full-time corporate social responsibility (CSR) officers. But CSR, to skeptics, is an empty, self-serving buzzword. In the coming years, more large corporations will no doubt roll out various initiatives and tout their CSR, but Millennials appear uniquely suited to scrutinize those efforts. And they’ll respond to them—vocally.