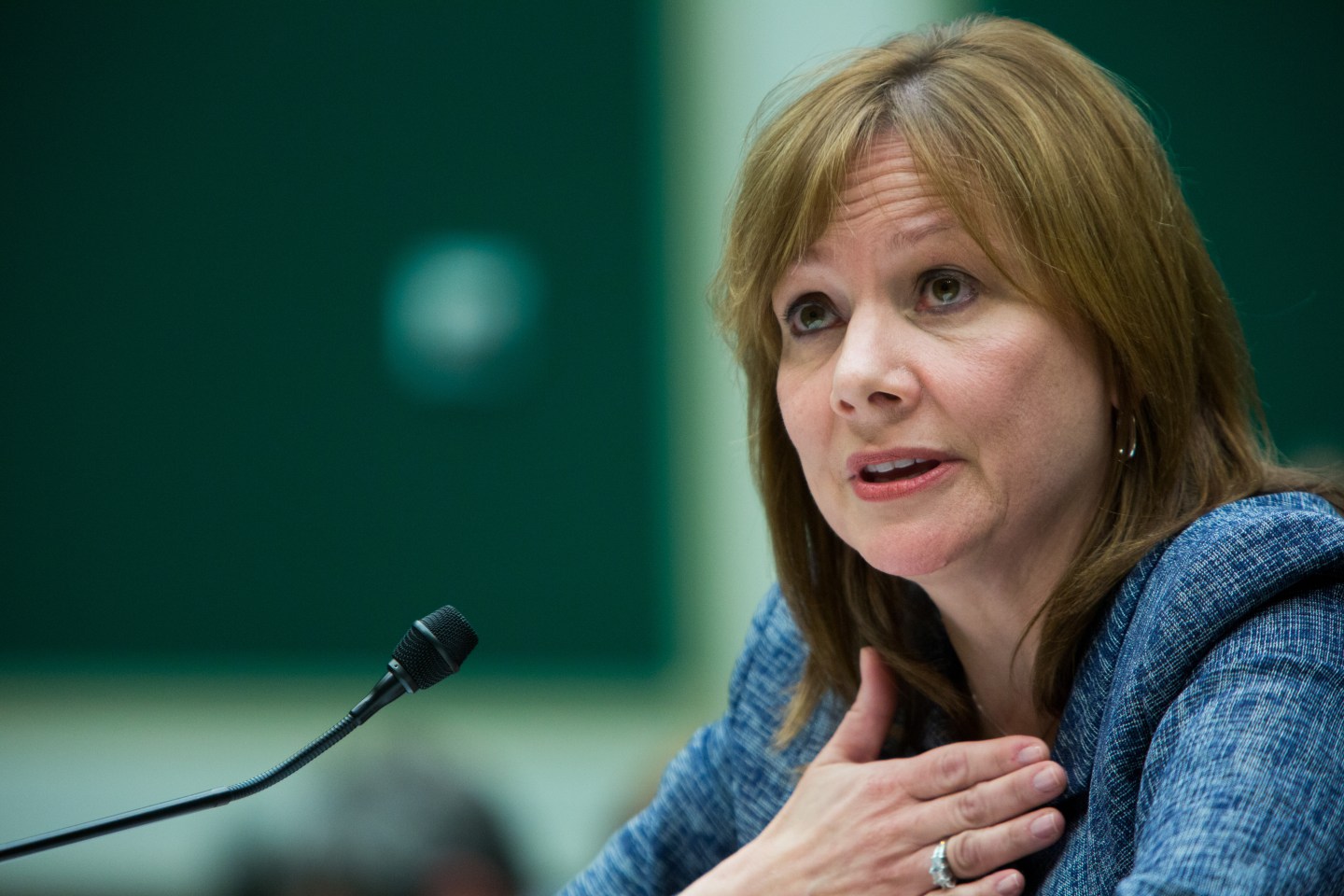 General Motors’ massive recall scandal has been a disaster. More than 29 million vehicles have been pulled from the market because of faulty ignition switches linked to at least 19 deaths. In Fortune’s October 6th issue, Senior Editor At Large Geoff Colvin unpacks CEO Mary Barra’s plan to shake up GM’s infamous culture to prevent another big recall from ever happening again. Her focus is on changing the mindset of the company’s staff, which used to try to patch safety problems like the ignition switches as quickly as possible and then move on. As she says, “Culture is how people behave.” As Colvin writes, “Barra has done the opposite, telling employees at a town hall meeting, ‘I never want to put this behind us. I want to put this painful experience permanently in our collective memories.’ It was clearly the right message, but was jaw-dropping at GM.”

There has been a lot written about Mary Barra as of late, but during the reporting process, Colvin uncovered some new information on the CEO. Barra, who has worked at GM since she was 18 and enrolled at General Motors Institute to get an engineering degree, has had GM at the center of her world for practically her entire life. Here are five things that give a peek into what makes Barra tick:

1. She views feedback as a gift. As HR chief from 2009 to 2011, Barra toughened employee evaluations, including adding a rating system, which was new. “I view feedback as a gift. Everyone can improve, whether you’re day one in the job or after 40 years on your job. I tell employee forums all the time, ‘If you’re having a performance review with your boss and they don’t give you something to work on, don’t leave his or her office.’”

2. She’s unfazed by not being board chair. Some people say she’s hindered in changing the culture because authority is divided. Her response: “I have great support from my board, including my chairman, Tim Solso. He is very clear with my responsibility as management. I feel very empowered by my board. It concerns me not at all.”

3. She’s not a consensus builder like her predecessors. A previous high executive, now retired, says, “Rick Wagoner [CEO 2000 – 2009] was a consensus-builder, a time-consuming process that was sometimes successful, sometimes not. Mary doesn’t have the patience to do that.”

4. She told the world about “the GM nod.” The phrase is everywhere now that the Valukas report on the massive ignition-switch recalls has highlighted it, but not many people know who told the investigators about it. “Mary Barra described a phenomenon known as the ‘GM nod.’ The GM nod, Barra described, is when everyone nods in agreement to a proposed plan of action, but then leaves the room with no intention to follow through, and the nod is an empty gesture,” says the Vaulkas report.

5. She has a military-grade leadership style. A former U.S. Army general thinks she’s an excellent leader. Thomas Kolditz, who retired as a brigadier general after teaching leadership at West Point, now teaches at the Yale School of Management. His view: “I’m a huge Mary Barra fan and think she’s doing about as good a job as anybody could do. It’s going to take a while to get the whole thing fixed and going in the right direction. But I think she’s doing a great job.”