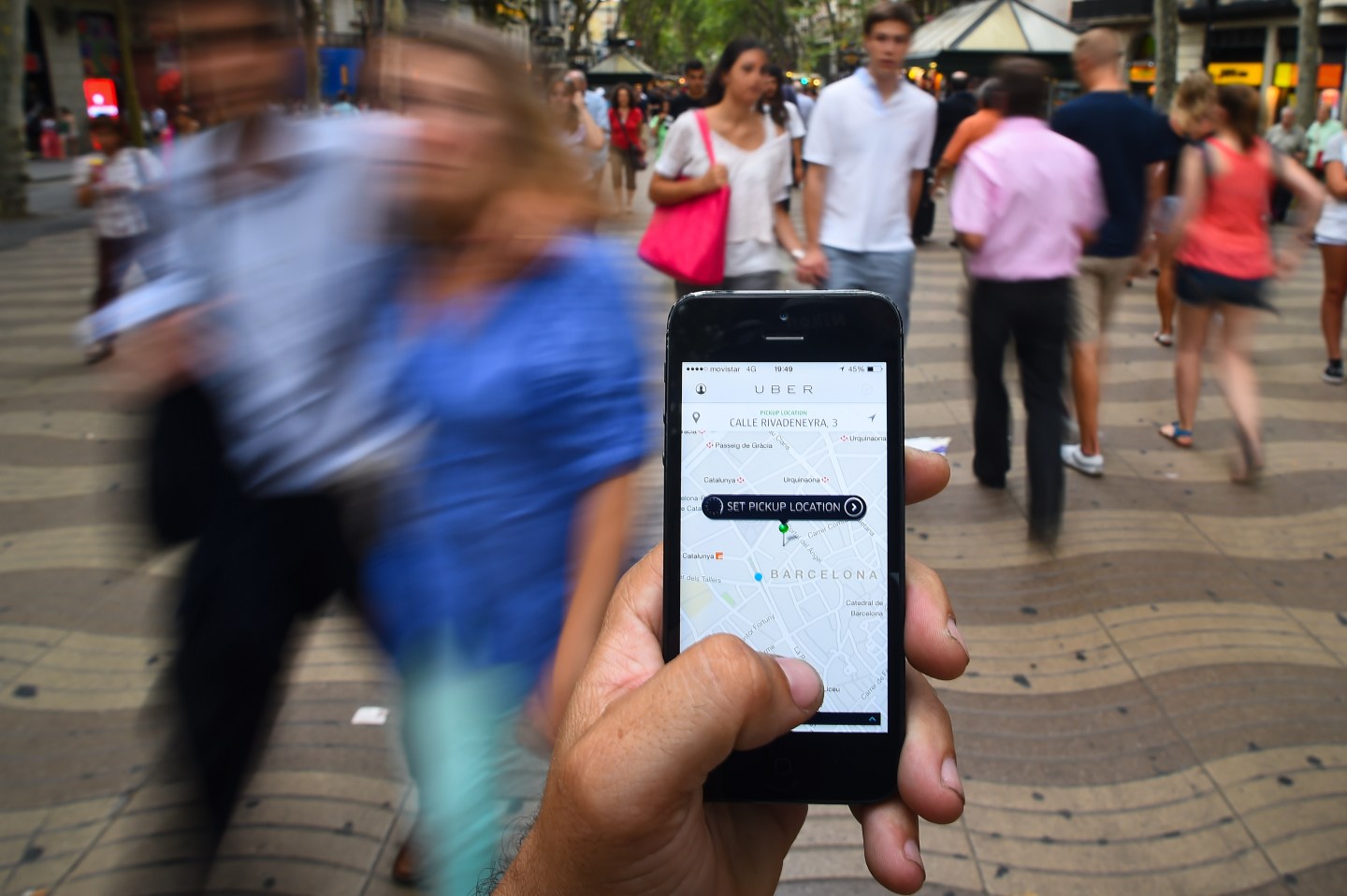 BARCELONA, SPAIN - JULY 01: In this photo illustration the new smart phone taxi app 'Uber' shows how to select a pick up location in Las Ramblas street on July 1, 2014 in Barcelona, Spain. Taxi drivers in various cities have been on strike over unlicensed car-hailing services. Drivers say that there is a lack of regulation behind the new app. (Photo by David Ramos/Getty Images)
Photograph by David Ramos—Getty Images

Germans in need of a quick ride will once again be able to order up a car on their phones thanks to a judge’s decision to overturn a temporary ban on the service imposed earlier this month.

The ruling isn’t permanent, and the judge reiterated his belief that Uber ultimately could legally be banned.

“Even after deliberations, the court sticks to its view that Taxis Deutschland can win a ban against Uber,” Judge Frowin Kurth said, according to Bloomberg. “But after reviewing the arguments in this emergency case we have to reverse the ruling since this isn’t an urgent case. Only for that reason we lift the ban.”

Taxi Deutschland, which represents a group of German taxi dispatchers, filed the emergency ban request in July, despite knowing Uber had started operations in the country in April.

Uber issued a statement welcoming the ruling and noting the importance of Germany to its plans:

“Germany is one of the fastest growing markets in Europe and has grown 5X since the start of the year. Demand is so great all across the country that we expect to double in size by the end of the year and plan to bring Uber to more and more cities across Germany.”

This is one of several current legal challenges to Uber’s operations in Germany. The basis of the challenges is the assertion that Uber drivers do not have the permits required to drive passengers under German law.