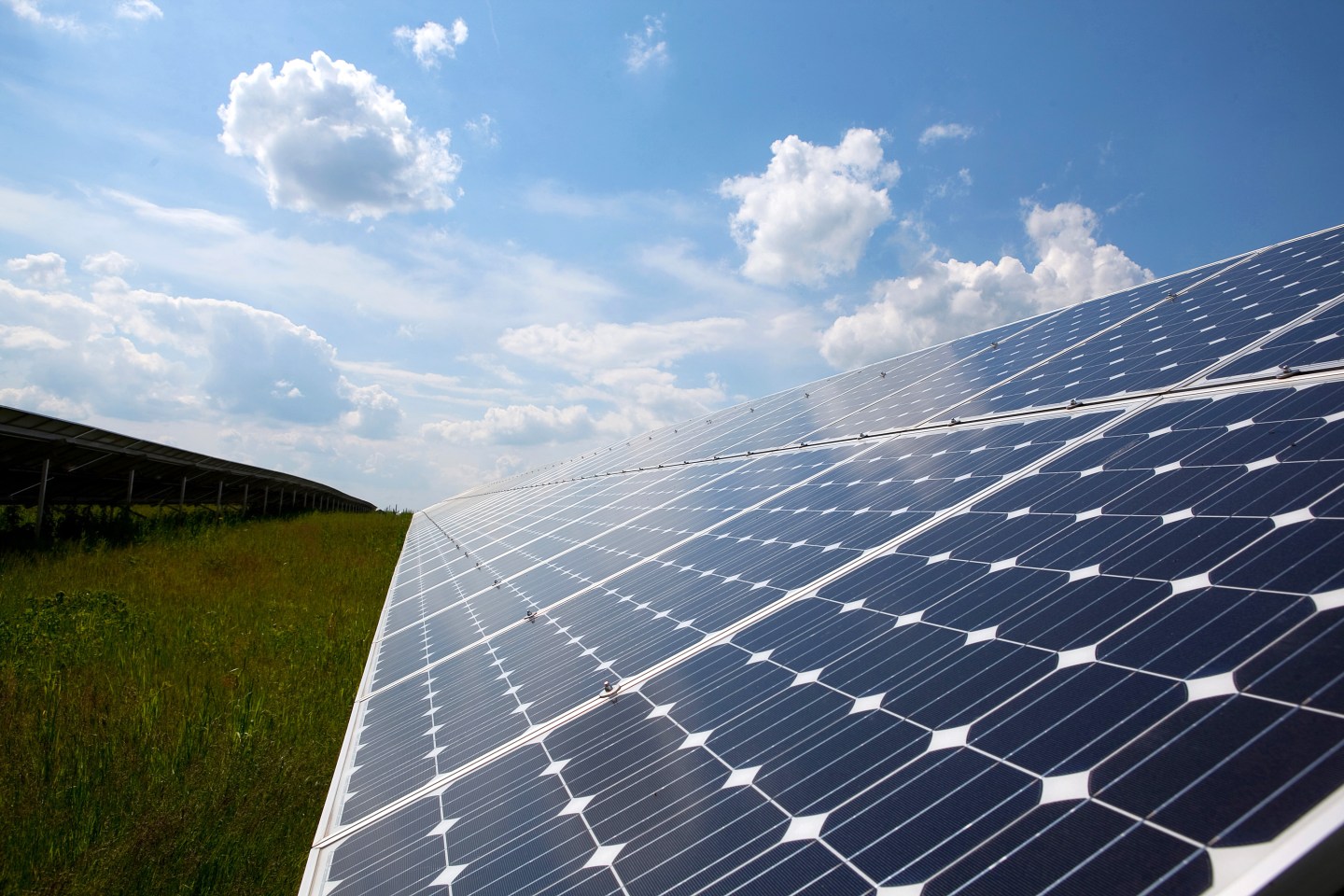 Duke Energy (DUK) said it will commit $500 million to expanding solar power in North Carolina by building three solar farms and signing power-purchase agreements with five more, farms all to be developed in the next year. The projects will generate 278 megawatts, less than 1 percent of the utility’s total generating capacity of more than 50,000 megawatts. That may sound trifling, but it’s Duke’s most aggressive move into solar, and it underscores the scramble by utilities to assemble renewable assets with the economy of scale to deliver green power with lower costs.

By the end of next year, North Carolina will require utilities to generate 6 percent of their power from renewable resources and energy efficiency. Duke said it will meet those requirements, in large part by being able to count energy efficiency as a renewable resource. It has also been trying, without success, to change the rules on buying energy from small-scale solar farms, those under 5 megawatts, because it says it is forced to buy their power at too high a price. The deals it announced today are large enough to be excluded from those requirements, allowing the utility to negotiate better rates.

Rob Caldwell, a senior vice president at Duke, wouldn’t disclose the specifics of the agreements. He said that while the costs were higher than those for making power with a gas-fired generator, they were about 10 percent lower than buying from the smaller-scale farms that still supply most of Duke’s solar energy.

One of the new projects, a 65 megawatt solar farm that Duke will build in southeastern North Carolina, will cover nearly a square mile and will be the largest solar farm east of the Mississippi. At peak times, it will be able to generate enough power for about 16,000 homes.

Duke’s farms will generate 128 megawatts; the contracted firms will produce 150 megawatts. The distinction between owned and contracted power is important and is part of the challenge that big power has replacing base-load generation (i.e. fossil and nuclear), with renewables, which don’t work when the sun doesn’t shine or the wind doesn’t blow. The Duke farms will be integrated into the utility’s planning, delivering power when they are needed. The independent farms don’t have that demand switch and just send the power down the line, regardless of demand.A Duke spokesman said owning the assets gives more flexibility, but some of the developers weren’t interested in selling.