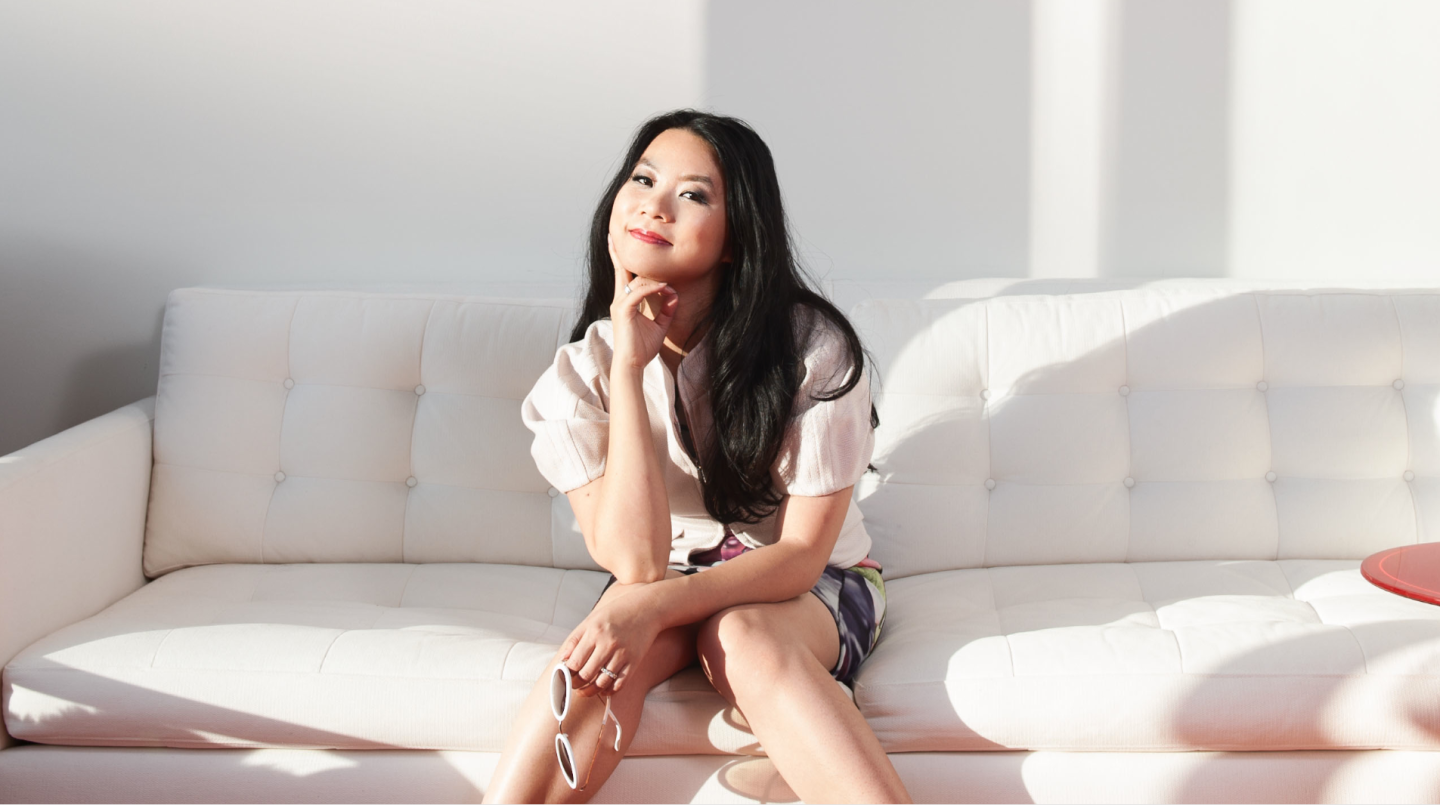 On a recent Friday afternoon, Michelle Lam, the founder of True & Co., an online emporium of underthings, strode through a San Francisco Victoria’s Secret and stopped behind a mannequin wearing a houndstooth printed g-string.

“This is interesting,” Lam said, cocking her head and snapping the black elastic band that clung to the taupe-colored behind. “It’s the 20-second wear theme that’s making its way into the wardrobe of good girls everywhere.”

Lam knows this because her company obsesses over what women think of lingerie. A self-professed algorithm geek who used to evaluate investment opportunities for Bain Capital Ventures, Lam built her two-year-old company around a 16-question quiz that susses out the best bras for a woman based on her body’s shape and how her current undergarments fit. More than one million women have taken the quiz, which boils down to 22 million data points. Each one helps Lam better understand what women want from the top drawer of their dresser.

Which brings us back to the 20-second wear theme. One of True & Co.’s most popular bras is the Bond (Lam: “It looks like something Beyoncé would wear, honestly.”) and while checking out her competition’s offerings in that department, she turned to a display of bras with cut-outs, mesh panels, and springy straps in places where most people store fat. She sighed.

“Who came up with this?” she said. “This looks great on a mannequin, but what does it look like on your body?”

Eying a zippered corset with skepticism, she added, “There’s the fantasy and then there’s the reality, and the reality should always be so much better.”

For Lam, reality means data. Her team circumvented the traditional bra-making process that relies on perfectly proportioned fit models—“mythical,” Lam called them—and went to their manufacturer “with the data in hand,” saying, “This is the woman speaking to you, this is how we’re going to build the bra.”

Beyond the initial quiz, True & Co. prompts shoppers to review and rate their purchases every time they receive an order, which can be from of one of True & Co.’s in-house lines (one, She Walks in Beauty + Light, is named after a Lord Byron poem) or from 50 others they stock. The company also tracks what shoppers browse and eventually put into their carts. All of this helped Lam create True Spectrum, a kaleidoscope of 6,000 different body types to give women a metric for bra shopping beyond a number and a cup size.

“Our philosophy is to design bras to conform to a woman’s unique shape and flatter it in different ways, versus simply trying to put out a big, hulking piece of foam that is the same for every woman,” said Lam, standing over a periwinkle blue bra that seemed to sink in slow motion as she poked it. “Basically, this is like wearing a pillow on your chest.”

True & Co. cuts its data to come up with cultural insights both expected—married women tend to prefer more “comfortable” bras; singles prefer “sexy and romantic” ones—and not. (For example, women who identify as “cat people” buy more lace bras than “dog people.”) They’ve also culled statistics that suggest that asking more questions in a realm of retail traditionally shrouded in secrets could be hugely beneficial to women and the multibillion-dollar lingerie market. According to True & Co., 45% of women fall into multiple bra sizes, not just one, and the rest are wearing the wrong size altogether.

“The approach we take is that we’re really trying to get to know you,” Lam said. She picked up the padded blue bra again. “There’s no woman speaking here and saying, ‘This is what I want on my body.’”