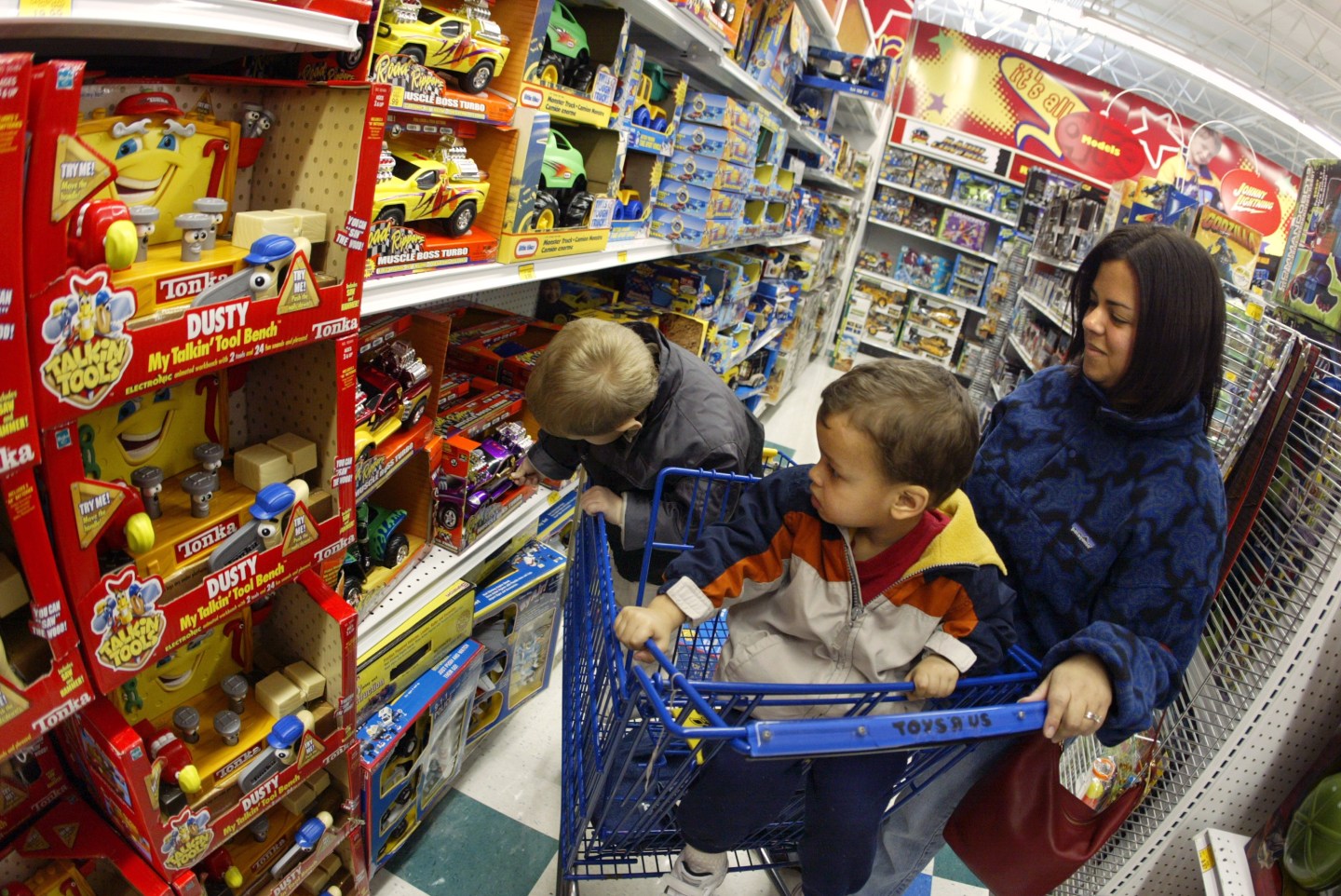 Toys “R” Us is honing in on the holiday season with a plan to change the look of its stores and revamp a loyalty program with more generous offers to entice the retailer’s most active shoppers.

On Wednesday, Toys “R” Us U.S. President Hank Mullany announced new programs meant to maintain sales growth at the company’s stores. Those efforts include new in-aisle gift suggestions signage, as well as displays that highlight some of the toy industry’s hottest toys and gift ideas for those looking to spend $30 or less. Those portions of the store are reminiscent of a “best seller” bookshelf often seen in stores like Barnes & Noble, essentially making it easier for casual shoppers to pop into a store and make a quick purchase.

“What we’ve learned from our customers is they need help with gift solutions, they don’t want to be overwhelmed and walk into a 200,000 square-foot store where they can’t find their way around and they want us to make it easy for them,” Mullany said.

The loyalty program changes are also important, as Toys “R” says the 18 million members of that program are responsible for 70% of U.S. sales. Those shoppers get a early heads up on promotions, and get $5 in rewards dollars for every $125 spent (the prior threshold was $250).

The presentation, held at the retailer’s Times Square store in New York City, comes as Toys “R” Us’s fortunes appear to be turning around. Rebounding from two years of sliding sales, Toys “R” Us has reported stronger same-store sales in the U.S. and abroad for two consecutive quarters, with sales partly driven by an effort to clear inventory and better position the retailer for the upcoming holiday season. But that action has also dented gross margins, and led to a wider net loss from the same period a year ago.

The pressure is on for Toys “R” Us to continue to report strong sales as it heads into the holiday season. Roughly 40% of the company’s sales are derived in the final quarter of the year, which runs from November through January. The retailer’s latest initiatives are part of a new plan steered by Chief Executive Antonio Urcelay, who joined the company in 2013, and several other new executives including a new CFO that joined Toys “R” Us in June.

Toys “R” Us on Wednesday also said it is adding more private-label and exclusive toys, items that can command higher margins or help boost traffic.

Toys “R” Us, acquired in 2005 by Vornando Realty Trust (VNO) and two private-equity firms, battles big-box rivals like Wal-Mart Stores (WMT), as well as online retailers like Amazon.com (AMZN), for a slice of consumer spending in the $22 billion domestic toy business.

The toy retailer has gained a tiny sliver of market share recently, but is also poised to face even greater competitive pressure. Target, for instance, is planning to increase its focus and investment in toy and baby products as that retailer gears up for a turnaround. The pressures have kept Toys “R” Us on its toes, and in response, the company has been very vocal about price matching to compete. That program is continuing this year, along with in-store pick up for items purchased online, an extended post-holiday return period, and other recent initiatives the retailer has rolled out.