Food trucks and college business majors: A most delicious match 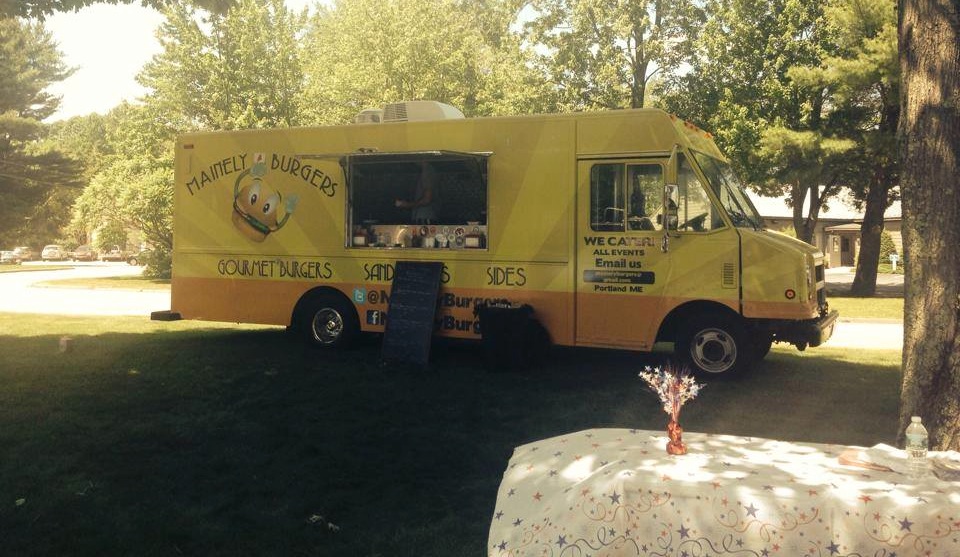 (Poets&Quants) — Jack Barber used to spend his free time scoping out the many food trucks in Boston when he arrived in the city as a college student three years ago. Food entrepreneurship was in his blood—his grandfather founded Barber Foods, a company that prepared chicken dinners—and he had the family culinary itch.

There were no food trucks he knew of in Maine, so Barber and a high school friend, Ben Berman, decided to start their own. They launched a simple business, selling hamburgers out of a food trailer parked at Scarborough Beach State Park in May 2011.

Three years later, Barber, now a senior finance major at Babson College in Boston, Mass., is in charge of a mini-food empire called Mainely Burgers. He and his brother, Max Barber, also a Babson student (Berman has since left the company), own two food trucks, including an ice-cream truck called Mainely Treats, that travel around Portland, Maine during the summer months.

“It’s been a way for me to come home to Southern Maine every summer,” he said. “I love where my family lives, but unfortunately there are not a lot of internships that can get you a job or job offer.”

Food trucks, a vehicle converted into a mobile kitchen, and stationary food carts have become a mainstay of many American cities in the last decade, popping up outside office buildings, parking lots, and city parks. People with some form of culinary training and restaurant experience are typically the ones behind the wheel, but entrepreneurially minded undergraduate business students across the country are increasingly trying to break into the crowded market, whipping up cheesy potato latke sandwiches, waffles, burgers, and everything in between.

Business majors take a unique approach to the food truck business, using the knowledge they’ve gleaned from their finance, operations, and management classes, and applying it to their small companies, said Rachel Greenberger, director of Food Sol, an “action tank” for food entrepreneurs at Babson College, which has assisted Mainely Burger’s Barber brothers as they’ve built their food truck business. This can give them a leg up over other foodie entrepreneurs, Greenberg said. Another advantage? They can get advice on how to launch their food business from their school’s entrepreneurship centers and obtain seed funding from business competitions.

“You don’t need a business background to cook and prepare food, but when you think about what food truck businesses need at the beginning is sales, brand awareness, and a solid marketing plan,” Greenberger said. “People who have had direct exposure to this may have an advantage over someone who has not because they can keep track of profits and loss, cash flow statements, and those types of things.”

Students who start food trucks are entering a booming market, one that has become “saturated very quickly,” Greenberger said. According to a 2012 report from Emergent Research and Intuit Inc., the food truck industry is expected to generate about $2.7 billion in revenue by 2017, a nearly four-fold increase from 2012. On average, customers spend $9.80 on lunch and $14.99 on dinner per person, the report said.

The ravenous appetite for food trucks has helped Leigh Ann Tona, a recent graduate of the University of Delaware, become another food truck success story. Tona came up with the concept for her food truck, I Don’t Give a Fork, in an entrepreneurship class during her senior year. She had some experience working in the food industry as a manager at a café in New Jersey and a store supervisor at the University of Delaware Creamery.

Her professor was so impressed with her business plan that he encouraged her to enter the school’s Business Idea Pitch competition in 2011, where she won $1,000. It wasn’t enough to buy a food truck—which can cost anywhere from $15,000 to $100,000—but it allowed her to buy business cards, purchase a web domain name, and focus on other branding efforts. The following year she decided to put her business plan to the test, setting up shop in a food trailer she parked in a lot near the University of Delaware campus.

“I’d just spent my entire life savings on a food cart, so that was what pushed me to get the business off the ground,” she said. “I used the food trailer as a way to determine if that business concept was viable.”

University of Delaware students flocked to the truck, eager to get their hands on the cart’s specialty hoagie sandwiches, pulled pork nachos, and other creations like the mac & cheesesteak. Buoyed by the cart’s success, Tona wrote a detailed business plan for the food truck, eventually convincing a local Delaware bank to loan her $75,000 so she could purchase a food truck. She now spends her days driving all over the state, hitting folk festivals, the Delaware Museum of Natural History, and popular campus spots. She manages three employees and is already starting to mull over plans to buy a second truck.

“I’m more of a business person than a chef, and I think that’s what made it work,” Tona said. “Anyone can make a sandwich, but it was definitely my knowledge of business that propelled things.”

Jack and Max Barber of Mainely Burgers manage an even larger cadre of employees. This season, the brothers hired 16 high school and college students to dish up popular items like “The Mainah” a juicy burger served with cheddar cheese, sliced apples, sautéed onion, bacon, and maple mayo, and truffle fries, and help out at catering events. Revenue was up 30% this summer over last, Jack Barber said.

“For now, I’ve just been focused on making sure I have food for the next day, but come fall I’m going to take a step back and see what the next step will be for the company,” he said.

Ari Shifman, a pre-law business major and senior at Tulane University in New Orleans, is a newbie to the market. He and a friend, Leo Rubini, both of whom grew up eating potato latkes at home, started a food cart last winter called Fleur de Latkes, serving up their signature dish, a latke grilled cheese sandwich, to the hungry Tulane bar crowd that gathers outside of the popular Booth Bar. “We always imagined latkes could do more than just hold apple sauce,” Shifman said.

They sold out of the sandwiches in 45 minutes on their first night of business, and they have since expanded their offerings to include open-faced barbecue chicken latkes and a candied pear and brie latke. They submitted a business presentation to the Tulane Business Model Competition last year, and though they didn’t win, they received $1,000 in seed funds.

“I’m not a chef and I didn’t know that much about the food business,” said Shifman, who is still trying to decide whether he and his partner will continue the business this school year. “We were flying by the seat of our pants, but it worked.”