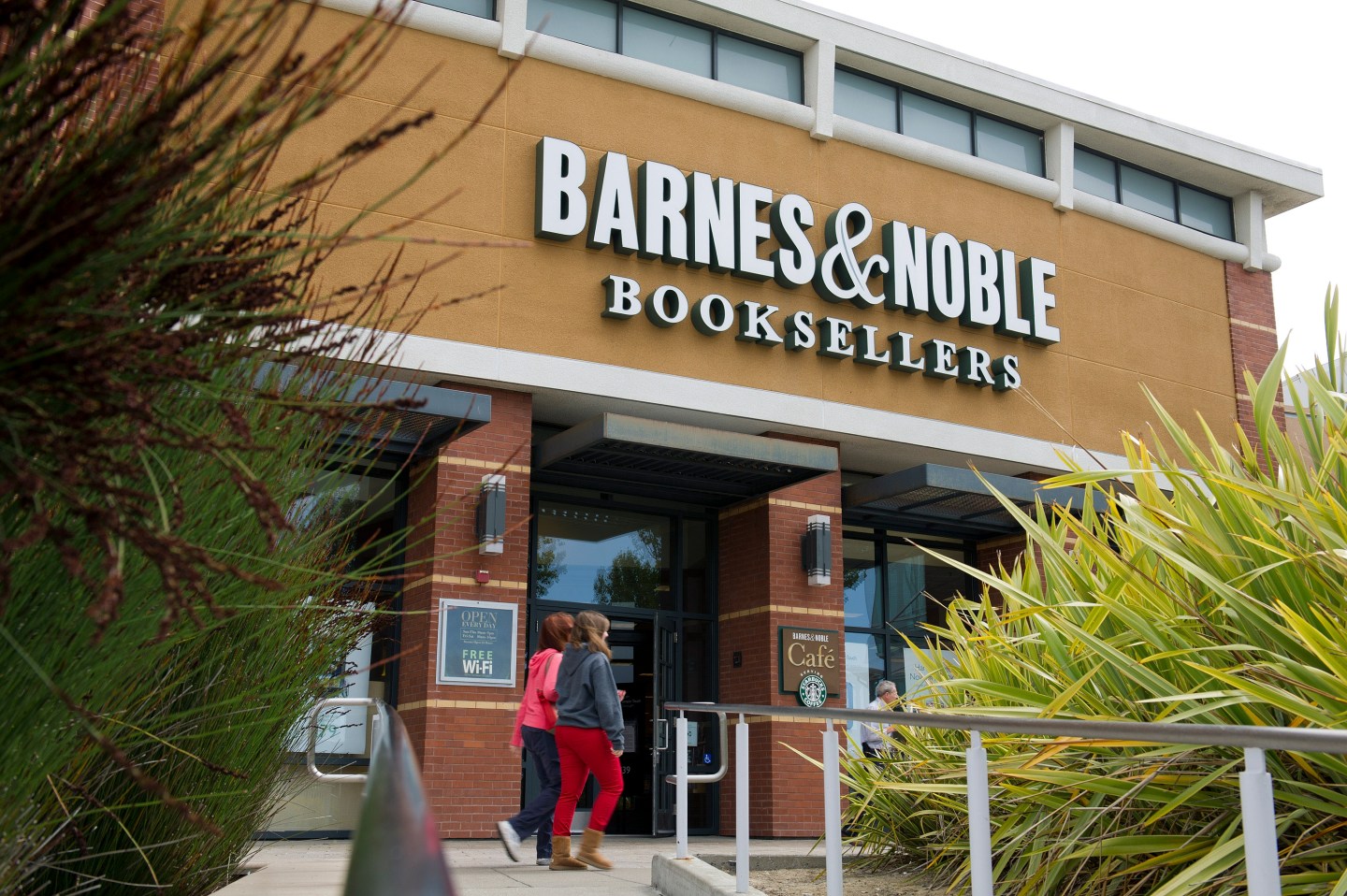 To paraphrase Mark Twain, the reports of the book’s death have been greatly exaggerated.

Traditional booksellers have been hurting since the emergence and rise of digital books in the last five years. The explosion of e-books, which now account for some 27% of book unit sales by some estimates, has certainly claimed its victims, most notably Borders, which folded three years ago, and led many to doubt Barnes & Noble (BKS) could escape a similar fate. Adding to the doom and gloom, some popular bookstores across the country have shut their doors this year in key markets like New York.

But e-books’ share of the overall book pie appears to be peaking, and customers are rediscovering the joys of reading an actual book, easing pressure on Barnes & Noble, the largest remaining U.S. bookstore chain.

The largest U.S. bookstore chain reported on Tuesday that comparable sales, stripping out the effect of the Nook sales, a business Barnes & Noble has scaled back and is planning to separate, fell a mere 0.4% last quarter, the third quarter in a row showing that its bread-and-butter business — selling physical books — has stabilized. Its smaller, regional rival, Books-A-Million (BAMM) has similarly reported a moderation in the decline of book sales.

“People still love going into a bookstore and are always looking for something new,” Mitch Clipper, CEO of Barnes & Noble Retail Group, the unit that oversees its 658 bookstores. Some of Barnes & Noble’s good fortune of late stemmed from the standoff this summer between Amazon.com (AMZN) and book publisher Hachette that made many books under that imprint unavailable on Amazon.

And while e-books remain popular, their breathtaking growth has stalled. Indeed, according to a report by BookStats released in June, revenue in 2013 of e-books for mainstream books was unchanged compared to 2012, with lower prices offsetting higher unit sales. The hemorrhage of printed books sales is over, giving the like of Barnes & Noble a reprieve.

Barnes & Noble also got a boost from toys and games, whose sales rose 19.5% last quarter, which ended August 2. The retail division’s revenues fell 7% because of the drop in Nook readers sold in store, but the physical stores continued to be a cash cow, and proved to be more profitable despite the revenue decline. And with company continuing to close 15-20 stores a year, it looks like a return to positive comparable sales changes is within reach.

Still, the report wasn’t all good news. Barnes & Noble said that it had postponed the relaunch of its e-commerce until 2015 because it was taking longer than expected, a setback that likely will cost it sales of physical books. But that problem aside, it’s hard to deny there’s life yet in brick-and-mortar book selling.