Apple’s livestream could have used some innovation too 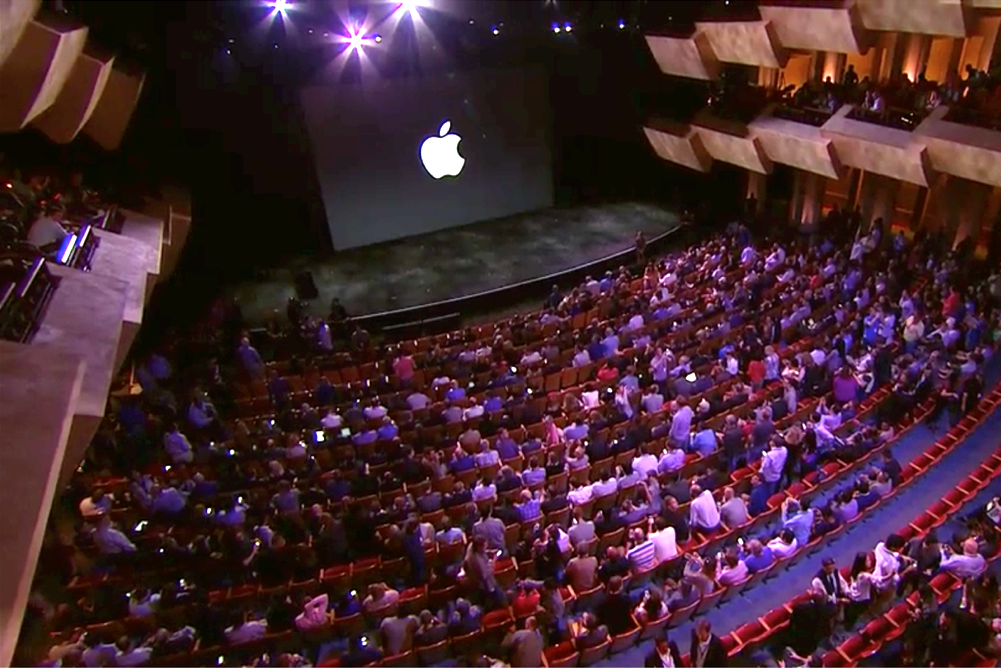 A few thousand people who scored seats at Apple’s product launch extravaganza on Tuesday near its headquarters were treated to a spectacle that kicked off with CEO Tim Cook’s highly-anticipated introduction of the new iPhone 6 and iPhone 6 Plus.

Meanwhile, most everyone watching the event online – from their home or office – were treated to . . . well, some of that. Apple, one of the world leaders in tech innovation, had some pretty glaring problems with its live-stream of the product launch, which included the tech giant’s latest iPhone line, as well as the new mobile payments system Apple Pay and the new Apple Watch.

After the event started, online viewers who were eagerly anticipating the slew of new products were instead likely confused and frustrated as the streaming frequently sputtered or cut out entirely. At times, the live-stream would stop only to be replaced by a test screen with color bars and a schedule of events for the day at Flint Center in Cupertino, Calif.

Online viewers also had to contend with the distraction of the voice of a foreign language translator, who was relaying the opening remarks, which overlapped with Cook’s own speech.

It was not clear, initially, what caused the string of technical issues, which cleared up by the time the event got into the thick of the new iPhones’ main features. Not surprisingly, Apple’s PR team has not yet offered an explanation for what went wrong at the outset of the live-stream.

To make matters even more complicated, Apple only made the stream – when it actually worked, that is – available to people using its Safari browser. Everyone else was out of luck.