General Mills stocks up its organic pantry by buying Annie’s 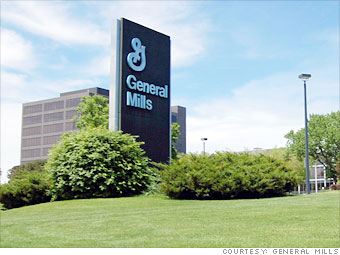 General Mills has agreed to pay $820 million for packaged food company Annie’s Homegrown in an effort to expand its stable of natural and organic food products.

The company said Monday evening that it has agreed to buy Annie’s (BNNY) the Berkeley-based seller of products ranging from pre-packaged macaroni and cheese to fruit snacks and frozen pizzas.

Minneapolis-based General Mills (GIS), which owns the Betty Crocker and Pillsbury brands as well as cereal brands such as Cheerios and Wheaties, is quickly pushing into the market for organic products. In 1999, General Mills paid an undisclosed amount to acquire Small Planet Foods, the parent company of organic frozen fruits and vegetables brand Cascadian Farm as well as the Muir Glen line of organic canned tomato products. In 2012, the company paid an undisclosed amount for natural snack foods company Food Should Taste Good, which makes a line a flavored tortilla chips and sweet potato chips.

Sales for General Mills’ organic product brands totaled around $330 million in the most recent fiscal year, the company said Monday.

“This acquisition will significantly expand our presence in the U.S. branded organic and natural foods industry, where sales have been growing at a 12% compound rate over the last 10 years,” General Mills COO of U.S. retail Jeff Harmening said in a statement.

General Mills’s acquisition offer represents a 37% premium over Annie’s share price on Monday. Annie’s stock had closed Monday at $33.51, but surged more than $12 in after-hours trading to over $45 after the deal was announced. The company’s shares had lost more than 35% of their value since last October, when they topped $50 per share, and Bloomberg reported earlier this summer that the company’s drop in value would likely lead to a takeover.