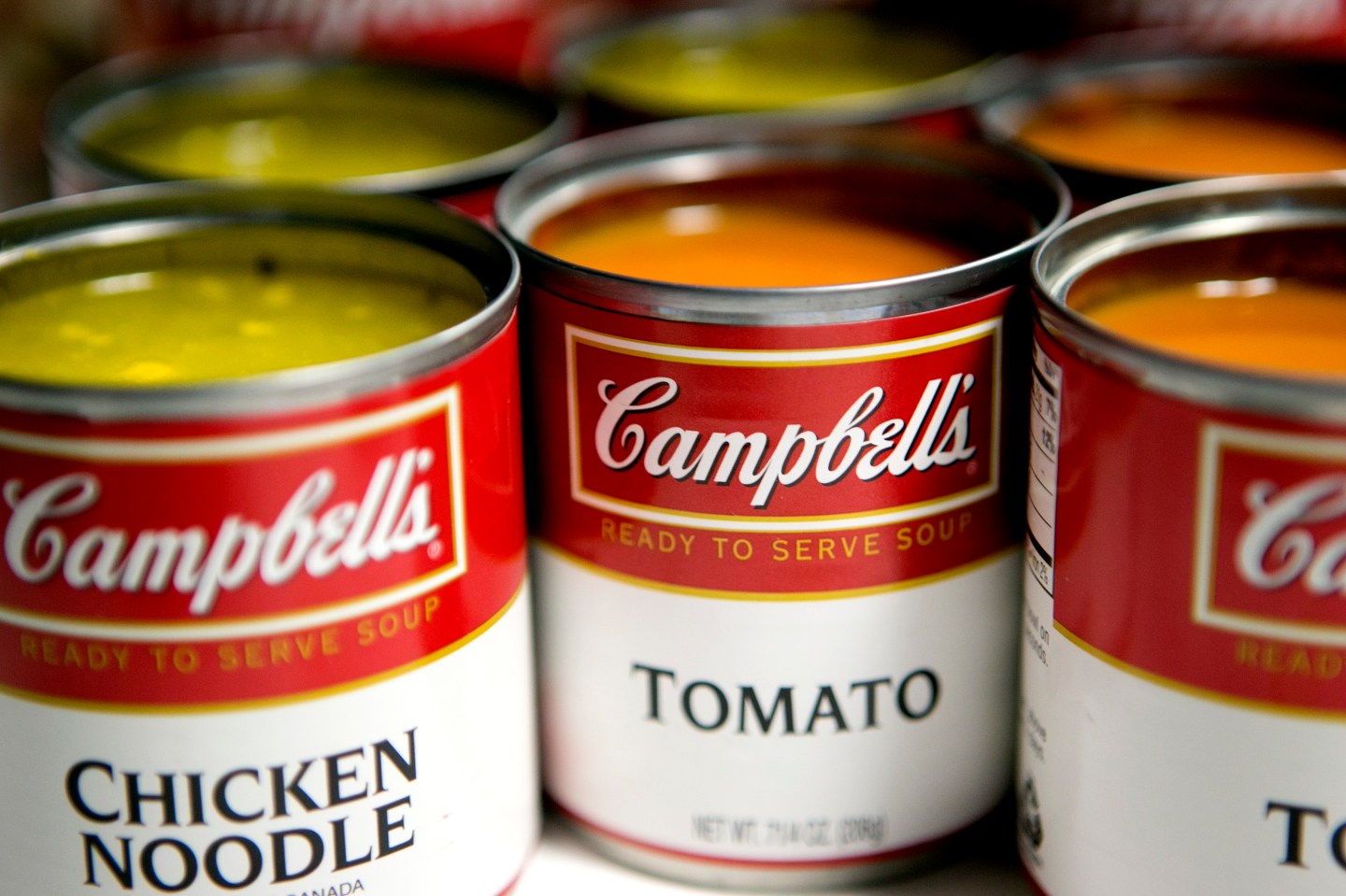 Denise Morrison, Campbell’s president and CEO, told analysts the industry is in a period of “profound change and challenge”–citing economic challenges, rapidly shifting consumer preferences and demand for greater product transparency. Those trends have created sweeping challenges in the food and beverage space, with traditional names like PepsiCo (PEP) and Coca-Cola (KO) stung by weaker soda sales and burger chain McDonald’s (MCD) and other fast-food and casual-dining changes hurt by a shift toward newer names restaurant brands like Chipotle (CMG).

Many of those food trends have been driven by younger Millennial consumers, who experts often say demand more flavorful items but are also less loyal to brands than prior generations.

Campbell’s has signed a number of acquisitions recently has it aims to better position itself in the food aisle, angling to tackle hotter product categories beyond the traditional soups and sauces businesses. Recent acquisitions include the $1.55 billion purchase of Bolthouse Farms, as well as the smaller multi-million-dollar acquisitions of organic foods and snacks maker Plum PBC and baked snacks maker Kelsen Group A/S.

The company said it is counting on continued growth from those businesses, bolstered by expanded distribution. Campbell’s sales those three businesses have added more than $1 billion in sales in faster-growing categories.