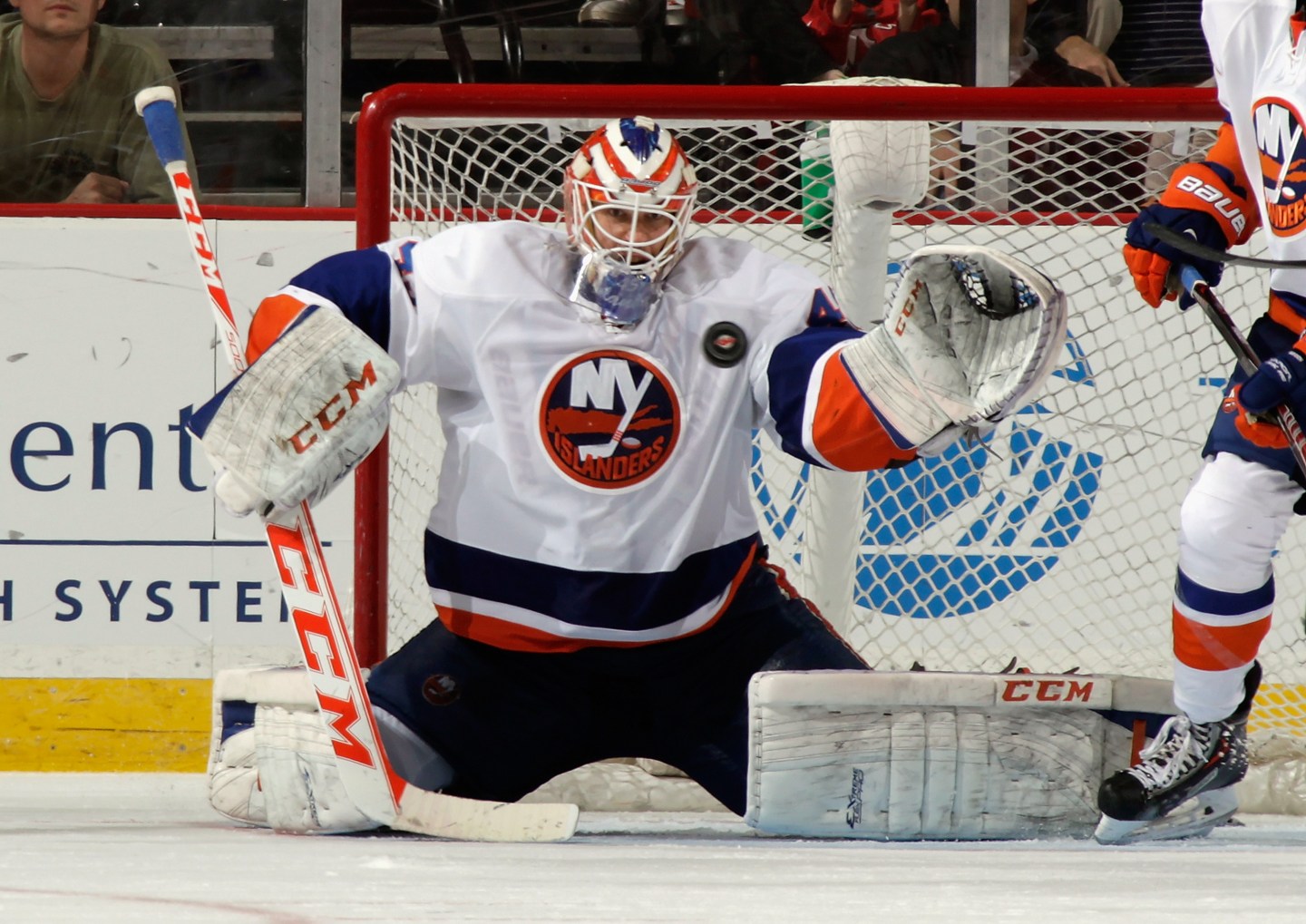 Charles Wang, co-founder and former CEO of CA Technologies (CA), is being sued by a hedge fund manager for pulling out of a handshake agreement to sell the New York Islanders. But Fortune has now learned that he may have done it more than once.

As has been previously reported, Wang entered into negotiations last year to sell the hockey franchise to Philadelphia-based hedge fund manager Andrew Barroway at an enterprise value of $420 million. The two sides allegedly came to a verbal agreement in March after hammering out a 70-page purchase-and-sale agreement. That document, however, was never fully executed as Wang and Barroway worked on various financing and NHL approvals. Then the whole thing began to unravel.

“At or about that time, Wang also informed Barroway and his advisor that the NHL wanted him to meet with other potential investment groups, but Wang stated that he would only speak with other groups as a courtesy to the NHL and that he fully intended to honor his commitment to sell the team to [Barroway].”

During a July 28 meeting, however, Barroway claims that Wang blindsided him by demanding an enterprise value of $548 million. Four days later, Wang informed Barroway that he was selling the team to a different group, led by former Washington Capitals co-owner Jon Ledecky and London-based investor Scott Malkin (the sale price has not been disclosed, but is believed to be around $548 million). Barroway then sued for breach of contract and breach of negotiating in good faith, arguing that Wang and his representative had repeatedly led Barroway to believe that the team was his.

Given that the contract was never signed, Barroway is highly unlikely to get what he really wants: A court to force Wang to sell him the team at $420 million. But he may have more of a case when it comes to costs and damages related to bad faith negotiating.

Apparently unbeknownst to Barroway, Fortune has learned that Wang also was negotiating to sell the team to a Boston-based investment firm called Peak Ridge Capital. Not beginning in March, but several months earlier.

The ultimate agreement would have valued the team at $508 million — Peak Ridge originally had offered around $30 million less — with Wang sending Peak Ridge a purchase and sale agreement that in many sections is identical to the one sent to Barroway (it is worth noting that Peak Ridge would have been aware of Barroway’s attempts to purchase the team, as it had been leaked to the media). Part of the Peak Ridge group included a former NHL player, who likely would have run hockey operations.

A source familiar with the situation says that Wang told Peak Ridge that it had a deal on July 28, the very same day that Barroway alleges that Wang began asking him for a $548 million price-tag. Wang then headed off to vacation in Hawaii (per the Barroway complaint), and left Peak Ridge with the impression that the documents would be executed upon his return. Then, four days later, Peak Ridge also learned about Ledecky and Malkin.

When called for comment, Peak Ridge CEO Mike McNally confirmed that he had been in negotiations with Wang and felt that he had a deal.

Wang was less forthcoming. When asked if Peak Ridge had reason to believe it had an agreed-upon deal to purchase the Islanders, a team spokesman only would say “your information is inaccurate.” When pressed on what specific information was inaccurate, the spokesman declined to comment further.

It remains unclear what the NHL and Commissioner Gary Bettman did, or didn’t, know about the dual negotiations between Wang, Barroway and Peak Ridge. An NHL spokesman has not yet returned Fortune‘s call. [Update: The NHL declined comment.]

Peak Ridge doesn’t appear interested in suing Wang, but the very fact of its previously-secret negotiations could make it much more difficult for Wang to argue that he was acting in good faith with Barroway. And if the NHL knew about Wang’s double (and triple) dealings, then it could make prospective buyers for the next for-sale franchise a bit more circumspect.

Daniel Roberts assisted with this report.