The stock market may be shrinking, but it’s not broken 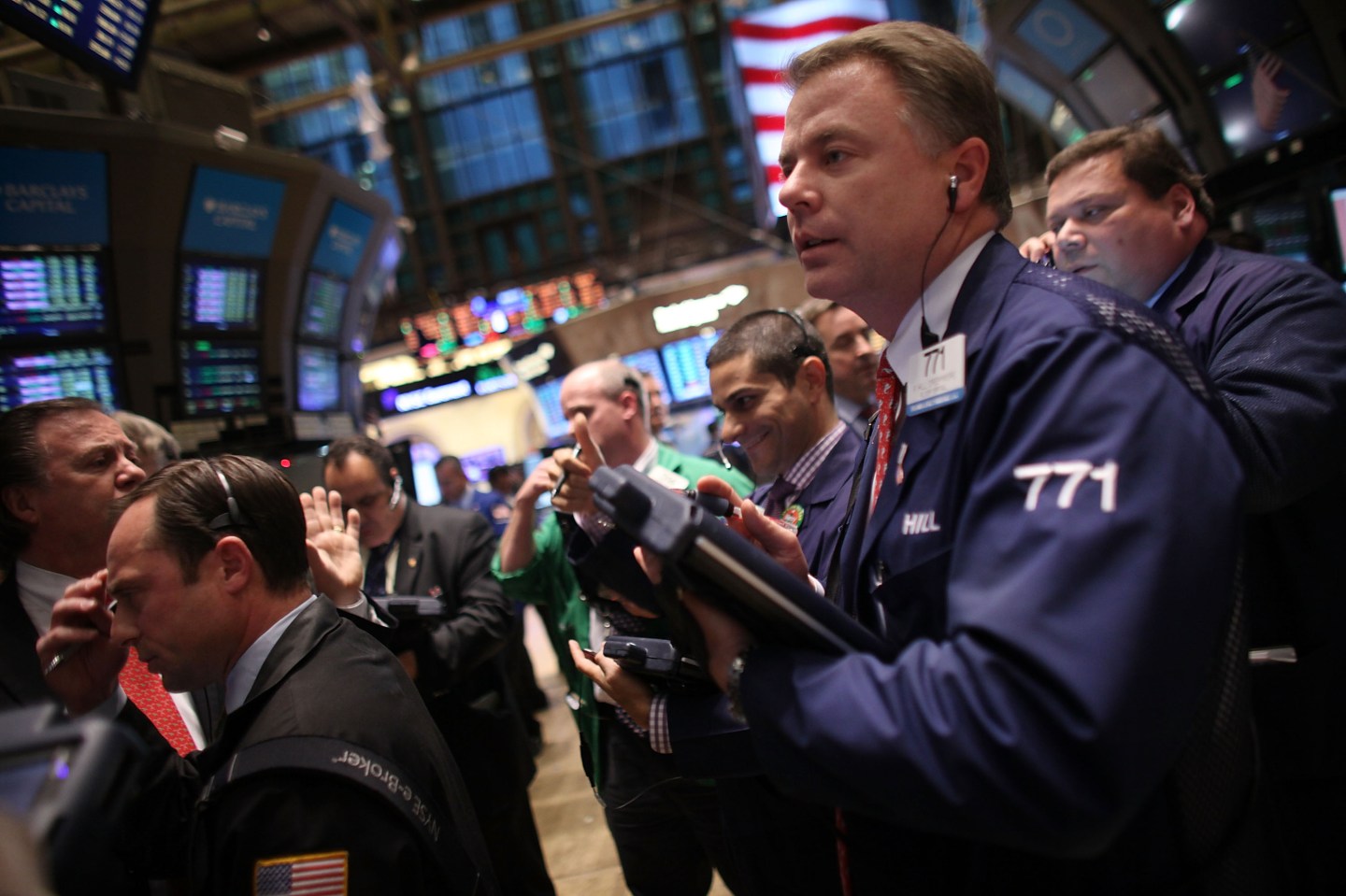 NEW YORK, NY - DECEMBER 09: Traders work on the floor of the New York Stock Exchange on December 9, 2011 in New York City. Following news of an agreement between European leaders on a new deal to try to resolve the eurozone debt crisis, stocks rallied with the Dow Jones industrial average up 186 points, or 1.6%. (Photo by Spencer Platt/Getty Images)
Photo by Spencer Platt—Getty Images

The stock market is shrinking, and that’s got an economics professor spooked.

According to study published this week by Harvard Business Review, over 90% of the profits generated by companies in the S&P 500 over the past decade or so has gone toward either dividends or stock buybacks (when companies repurchase their own shares). The study’s author, William Lazonick, an economics professor at the University of Massachusetts at Lowell, says that’s bad news because it leaves very little money for companies to invest in projects that may produce greater long-term profits and create more jobs.

But his larger point is this: the U.S. stock market used to be a value creation vehicle for the economy. People invested money in companies, and companies used that money to grow their businesses. That created more shares in the stock market, more money for companies to invest, and more jobs. Now, the opposite is happening. Lazonick says the market has become a value extraction machine. Profits are being sucked out of the economy by way of the stock market. That’s shrunk the amount of money and shares companies have. Will the last person left in the stock market remember to turn off the lights?

Of course, people and companies aren’t exactly abandoning the stock market. Share prices are near all-time highs. And more companies have been going public. The 188 IPOs this year in U.S. public markets have raised $40 billion, up 44% from 2013.

What could be happening is that as the economy has shifted to services, companies have needed less capital. So, the large companies in the S&P 500 are returning that capital, and investors are putting their money into newer companies that are growing. Recirculated investments can help create jobs as well.

Check out Lazonick’s chart of dividends and buybacks (via Josh Brown):

It looks like the big uptick in buybacks (the stock market shrink) started in 2003 and crested in 2008. At least some of that has to do with taxes. In 2003, Congress enacted George W. Bush’s third tax cut, the biggest part of which was a huge reduction in the rate paid on dividends. And you can basically ignore 2008. Dividends and stock repurchases were large as a percentage of profits that year because corporate profits were so low.

Starting around 2010, economists grew increasingly concerned about the fact that higher profits were not leading to more hiring. But in the past few years, buybacks and dividends have looked kind of normal, at least in the context of the last 30 years.

Lazonick says that corporate greed has driven the buyback and dividend trend and has contributed to growing inequality. Executives hold a large portion of their companies’ shares and they are also paid in stock. Buybacks and dividends help them more than the average worker. While that’s true, investing in businesses that boost profits would presumably cause the company’s share price to go up as well. Granted, the payoff from buybacks and dividends comes more quickly than such investments. But the boost you get from those methods is temporary.

The total number of outstanding shares of all the companies in the S&P 500 is 312 billion. That is down from a 2010 peak of 332 billion. That figure quintupled in the 1990s to 280 billion. So, the recent dip is very small, and perhaps overdue.

I talked to an activist hedge fund manager who has previously pushed for companies to cut research and development budgets to boost profits and pay out dividends about Lazonick’s study. He said that companies two decades ago were wasting billions on R&D on projects that never produced profits. But, he said, companies have grown much more sophisticated about how and when they spend their dollars. And he thinks corporate America is much smarter about how it spends its money than, say, during the run up to the dot-com bust. Although, he added, the pendulum may have swung too far in the other direction.

Lazonick is probably correct: too much of Corporate America’s cash these days is going to shareholders and not enough is going to workers. That’s the story of Thomas Piketty’s economics bestseller Capital in the 21st Century. A simple look at corporate profits, which are way up, and wages, which are flat, will tell you that. But that does not mean the stock market is broken.