Can’t secure a reservation to a hot restaurant? Try using an algorithm 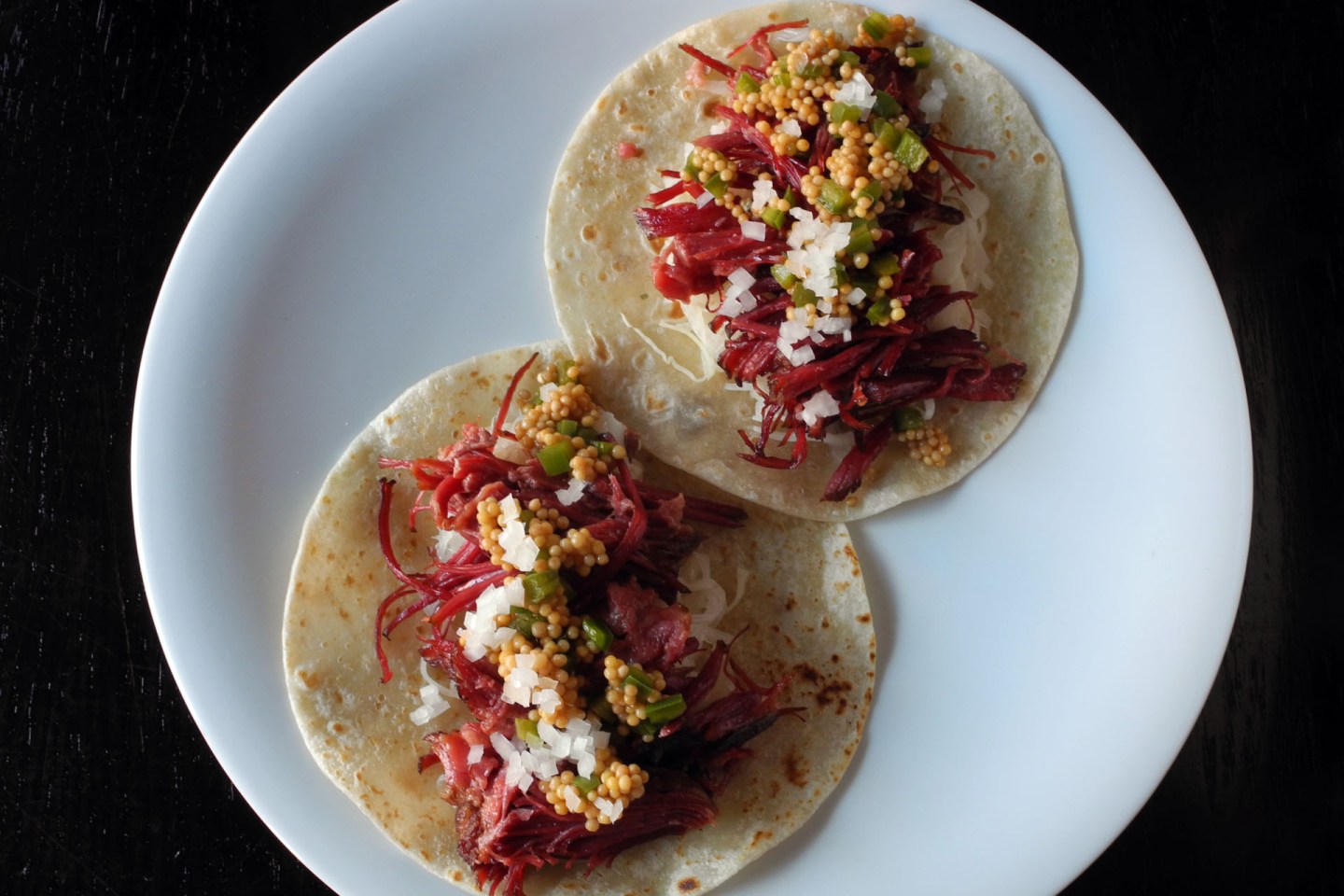 Silicon Valley entrepreneur Jason Hung, 27, creates software programs to help him solve everyday problems like getting the best seat on Southwest Airlines when boarding positions become available 24 hours prior to flight. The program scans to detect the moment when the seats are released and then chooses the best available, all without Hung having to be at a computer. “It’s a friends and family project,” he says nonchalantly.

Much to his relatives’ delight, Hung has also applied his talents to scoring reservations at top restaurants. This time, he made the program available for anyone to use for free at TableSweep.com, a site that scans completely-booked restaurants on OpenTable (OPEN) every five seconds and snags the first table that might become available.

Hung’s creation is one of a handful of start-up services looking to reimagine the multibillion-dollar restaurant reservation market by going where industry leader OpenTable hadn’t previously ventured—landing last-minute, 8 p.m. seats at routinely-full establishments. Table8, the beneficiary of $4.6 million in new funding from travel and expense management company Concur (CNQR), charges diners $20 to $25 on top of their dinner bills for prime tables at 12 San Francisco restaurant partners, including Roka Akor and The Slanted Door. These restaurants set aside seats specifically for Table8 customers, and Table8 splits the fee with them. In New York, the Gary Vaynerchuk-backed Resy has established the same kind of partnership with Keith McNally (Balthazar, Minetta Tavern) as one of its restaurant partners. Killer Rezzy, another service based in New York, features both partner and “non-partner” restaurants. For the latter, the site makes its own reservations for free and then sells them to diners. Even OpenTable, which was bought by Priceline in July for $2.6 billion, has launched its own version of the service, Hot Tables.

Each company in the category is trying to figure out how to monetize something that historically has had no concrete price but clearly has value. Besides killer names, these fee-based services all share a common initial concern: They aren’t getting diners into the impossible-to-crack restaurants. Want to pay Killer Rezzy $25 for a four-top at Stanton Social tonight? Sure, if it’s the year 2005. And it’s hard to think about forking over $20 to Resy for a two-top at Empellón Taqueria at 8 p.m. on a Saturday night when Open Table shows gratis availabilities at 7 p.m., 8 p.m. and 8:15 p.m. Meanwhile, Table8 doesn’t offer diners the chance to cut the line where people really want to go in San Francisco: 2013 James Beard winner State Bird Provisions.

In comparison, Hung has nabbed a table at State Bird Provisions with such relative ease and frequency that, for a time, the restaurant cancelled every reservation he booked.

The first restaurant Hung used his programming skills on was Momofuku Ko in New York’s East Village. When David Chang opened the 12-seat space in 2008, it accepted reservations, but only six days in advance and starting at precisely 10 a.m. through an online tool on the restaurant’s website. For months, a lucky few with nimble fingers managed to get in, leaving behind a good number of New Yorkers that developed a severe case of carpal tunnel syndrome from constantly refreshing their browsers. Hung was neither going to wake up at 7 a.m. Pacific Time to try for a reservation nor was he going to make more than two attempts against the system. “The mantra for programmers is: If you ever have to do something three times, write a bot for it,” he says. He had a trip to New York planned, so, during a single lunch break, he wrote the code for a reservation scanner that competed against humans for the seats. Hung’s program often won. (Once, it accidentally booked the 12-seat restaurant in its entirety.) The tool became another friends-and-family perk until Hung grew tired of acting as everyone’s personal concierge and invented Table Sweep.

Last year, Hung met banker Paul Lycos at the gym, and the two hit it off. They’ve since decided to develop Table Sweep into a fundamentally new kind of reservation system called Dinematic that they will roll out this month. “We’re thinking if you want to get a reservation at a difficult-to-get-into place, you wouldn’t pay for the reservation, but you would make a down payment towards your dinner,” says Lycos, whose Greek father and French mother ran an Italian restaurant. Hung and Lycos are currently testing their hypothesis with an “extremely popular restaurant in San Francisco” that they say they can’t name. Dinematic will charge restaurants a fee for filling a table before other comparable services. “We’re trying to create a national platform where restaurants can get paid in advance on all of their reservations, not just two or three [restaurants] that are priced at a certain set fee per reservation,” Lycos says. They envision Dinematic putting a price on a reservation without requiring the diner to pay extra for it.

Revamping the conventional approach to reservations will mean going against OpenTable, which has been around since 1998 and manages reservations for more than 30,000 restaurants. The site has responded to Table Sweep by adding Captchas (that familiar box of jumbled letters and numbers intended to separate human from computer) for some coveted restaurants, including State Bird Provisions. Hung is unimpressed by the added layer of security.

“I have a service that reads Captchas,” he says. “It’s not even advanced image processing technology; it’s just some guy looking up the words and putting them in.” Hot Tables, currently in beta in New York, Los Angeles, Houston and Denver, scans OpenTable for any reservations that open up, which happens somewhat often due to a high frequency of cancellations on the site. Since OpenTable doesn’t charge for its reservations, restaurant selections can be easily abandoned in favor of a better option. Vacant tables often flood the market at a time when diners who couldn’t originally get a reservation think that they’re all taken. Hot Tables and Table Sweep are both competing to update these users with the good news that a table can now be theirs. OpenTable declined an interview request, but a spokesperson said the company is aware of bots like Hung’s and that it takes action against them “when appropriate.”

Like Table Sweep, Hot Tables is also free. One Thursday in June, these two services were put to the test to see which one could find a reservation two nights later at New York’s dining room-of-the-moment, Sushi Nakazawa. OpenTable showed that the 40-seat restaurant didn’t have a single opening that Saturday evening. Table Sweep, however, found one in about five seconds, for 5:45 p.m. Hot Tables came up empty. Hung was notified of the outcome. “We hope we’ll be able to show that we also might have enough experience and wisdom to stop the bots, too!” he wrote in an email.

Restaurants have always offered choice services to VIPs, but these online programs allow the masses to bypass the maître d’ on their way to sitting among the swells.

It’s a brave new world and restaurateurs are trying to figure out how to embrace or defend against it. “From a restaurant’s perspective to try and prevent this, they can reserve some of their seats for people who call for them and or are willing to come in person to make a reservation,” says Keela Ribinson, the general manager of Urbanspoon, a restaurant recommendation service. “A lot of top restaurants are doing this, even more so if they are regularly sold out.”

It’s a welcome surprise that these bright minds have committed their forces (and millions of dollars) to solving this first-world problem. The new technology gives diners leverage at a time when more and more restaurants seem to only have availabilities at either 5:30 or 10 p.m. “People don’t understand why it’s so much hassle to have a nice meal,” Hung says. “Checking OpenTable in the middle of the night for an open reservation at Sushi Nakazawa? I feel like I would rather do a T.S.A. pat down.”