Gene Munster: What to expect from Apple Inc. next week 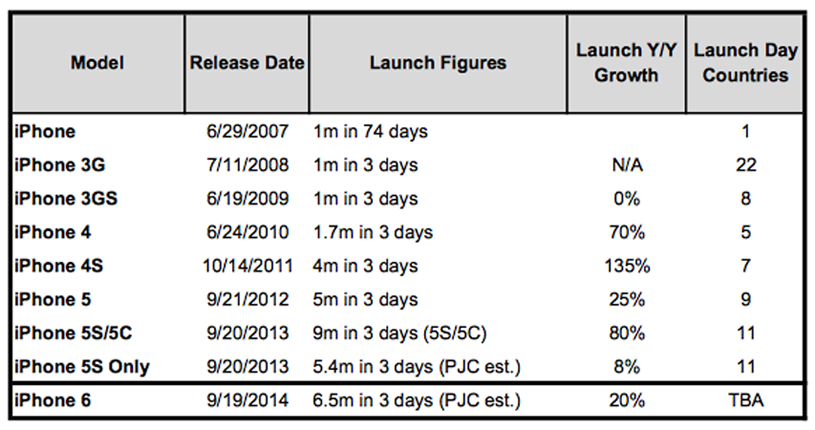 Piper Jaffray’s Gene Munster on Tuesday raised his Apple price target to $120 from $105 and offered clients a preview of the media event the company has scheduled for next Tuesday. His version differs in several respects from conventional wisdom in the business press.

Muster thinks the timing of Apple’s hardware introductions may be driven by the payment feature.

“We believe the iPhone will be the driver behind Apple’s payments platform,” Munster writes, “not the iWatch, thus we view it as unlikely that they would announce payments with the iWatch instead of the iPhone.”

Based on a Piper Jaffray survey last year of 5S buyers, Munster expects the sapphire iPhone to be the hot seller among early adopters, accounting for 30% of first-weekend sales (better than the 25% who bought the 64-GB iPhone 5S).

Despite all this, he believes Apple will have a hard time beating last year’s three-day 9 million unit sales record. A third of those 9 million iPhones, Munster estimates, were “channel fill” — units replenishing shelves that once held the discontinued iPhone 5.

The real target, he says, is 5.4 million, the number of iPhone 5S units sold in three days last year.

Munster expects Apple to sell 6.5 million iPhones this time. That is, unless Tim Cook has already filled the channel with new iPhones, in which case he believes first weekend sales could reach 14 million.