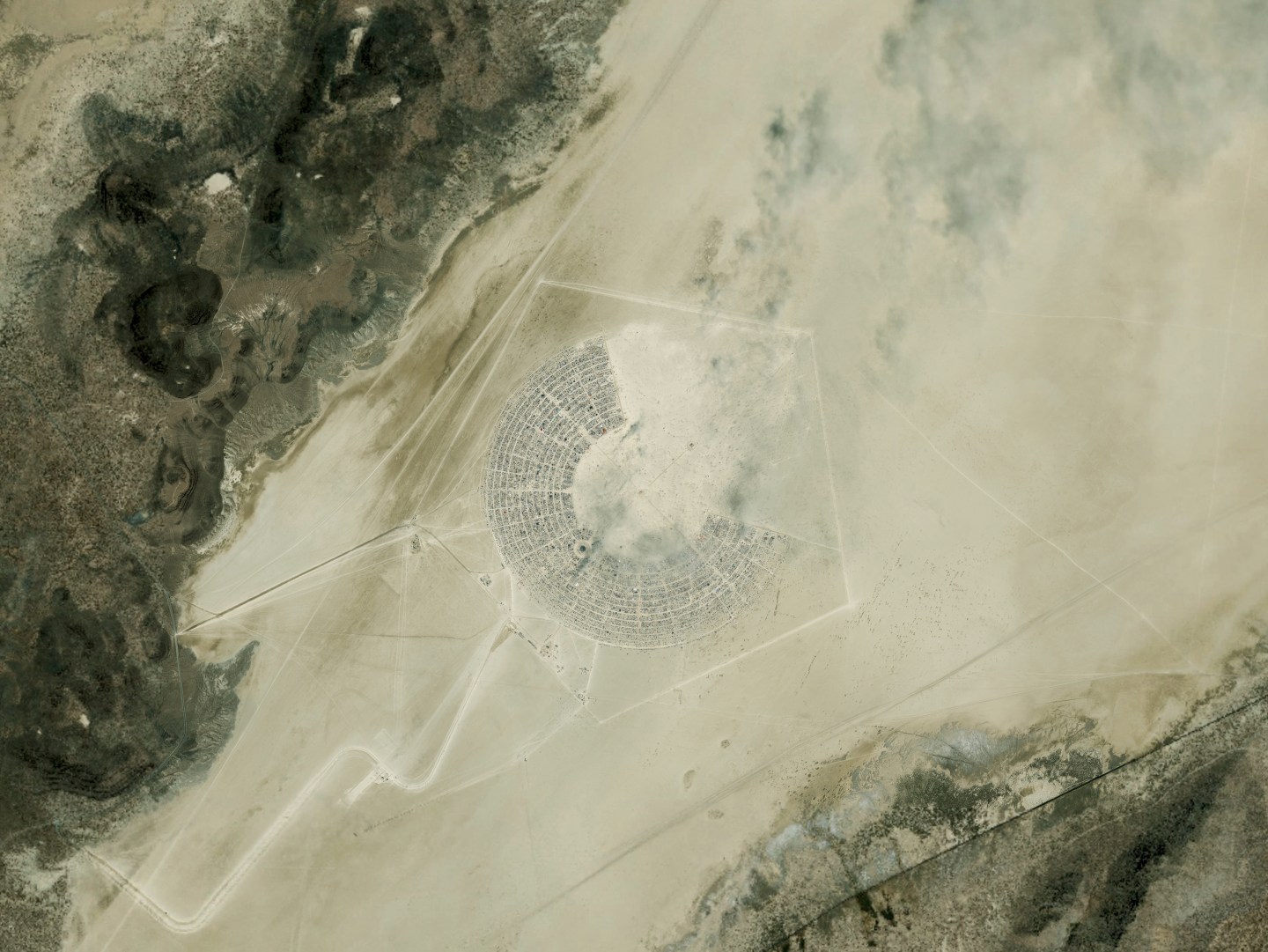 Money is frowned on at Burning Man, the annual desert bacchanal that runs through Monday in Nevada. Participants are instead supposed to adhere to the festival’s feel-good philosophy of giving gifts like glow bracelets, sparklers, and vodka shots.

The group that puts on Burning Man, meanwhile, rakes in millions of dollars from selling tickets and parking passes to more than 60,000 attendees. It’s a complex operation with a full-time staff and a huge budget that dwarfs many big businesses.

Burning Man has long been led by its co-founder, Larry Harvey, who helped build it up from an informal gathering on San Francisco’s Baker Beach in 1986 to an international happening. Ostensibly, it’s an art event and free-zone for “radical self-expression.” In reality, the event’s vibe has morphed into a mix of flower power, around-the-clock rave, and Silicon Valley wheeling and dealing.

Earlier this year, Burning Man’s owners fulfilled a promise to place the event—long operated by a private company—under the control of a non-profit organization. The switch was partly intended to mollify critics who accused the organizers of hypocrisy for espousing an anti-corporate ethos while operating Burning Man as a business.

In a blog post, the organizers said the change would allow the event to survive beyond the lifetime of its owners. “Our mission has always been to serve the community,” they wrote, “and a non-profit public benefit corporation is the most socially responsible option to ensure and protect the future of Burning Man.”

Details about the new ownership structure are complex and, at least for now, mostly shielded from the public. What is clear is that the event continues to cash in on people’s appetite for baking in the heat on a dry lakebed during the week preceding Labor Day.

Burning Man’s organizers don’t say how much money they make in ticket sales. But it’s pretty easy to calculate—around $25 million—based on what they say publicly about the number of tickets sold (63,000) and their cost (anywhere from $190 to $650), plus $40 parking passes. The event also collects fees from commercial photographers and filmmakers, according to various reports.

A spokesman declined to comment about Burning Man’s finances or its switch to being a non-profit. Instead, he pointed to an annual statement by the event’s owner showing the substantial costs of organizing the revelry.

Last year, salaries ate up just over $7 million, according to the financial document. Fees for use of federal land cost another $4.5 million while taxes cost $1 million. Building a temporary city in the middle of nowhere is expensive. Toilets cost nearly $1 million (think of hundreds of porta-potties), medical services ate up $450,000, and dust abatement (i.e. trucks with water) burned through $260,000. Meanwhile, building “The Man,” a giant wood statue that is traditionally set ablaze on the event’s final night, cost $400,000 for labor, pyrotechnics, and timber.

In all, Burning Man said it spent $26.8 million in 2013. That figure includes money to support artists and donations to Nevada schools and charities.

With the change to non-profit status, Burning Man will have to make public its revenues and the salaries for top staff members. But those disclosures won’t be made until next year, along with additional details about the shift in ownership. It is unclear, for example, whether the non-profit bought out Burning Man’s original owner, Black Rock City LLC. Another possibility is that the company’s board, led by Harvey and five other shareholders, voted to donate their stakes.

Technically, Burning Man will remain under Black Rock City LLC, which Harvey helped to establish 24 years ago. But that company is now a subsidiary of the non-profit, known as Burning Man Project.

The goal is to expand Burning Man by creating events outside of Nevada. Whether they’ll use the Burning Man name is unknown at this point.

John Law, a Burning Man co-founder who had a falling out with Harvey, complained about some of the changes at the event. Although he praised the artists, and free thinkers who still attend, he took issue with how it has become a “commodity” and a “Disneyland for attorneys and accountants on ecstasy.”

Indeed, the influx of wealth is a big point of contention among long-time attendees. Tech executives, in some cases, arrive in private jets and spend their time in luxury camps catered with sushi and tended to by personal valets. How much extra money, if anything, the event collects from such camps is unclear.

Law sued Black Rock City LLC in 2007 in an unsuccessful attempt to dissolve the partnership and put the “Burning Man” name in the public domain so that it could be used by anyone who wanted to. Ultimately, the case was settled in arbitration with Black Rock City buying out his stake in the event.

All the money now collected at Burning Man was inconceivable to Law when he cut ties with the event nearly two decades ago. At the time, he said it was in debt and that his credit cards were maxed out. If it was up to him, it would have remained much smaller and idealistic, in keeping with what he saw as it original mission.