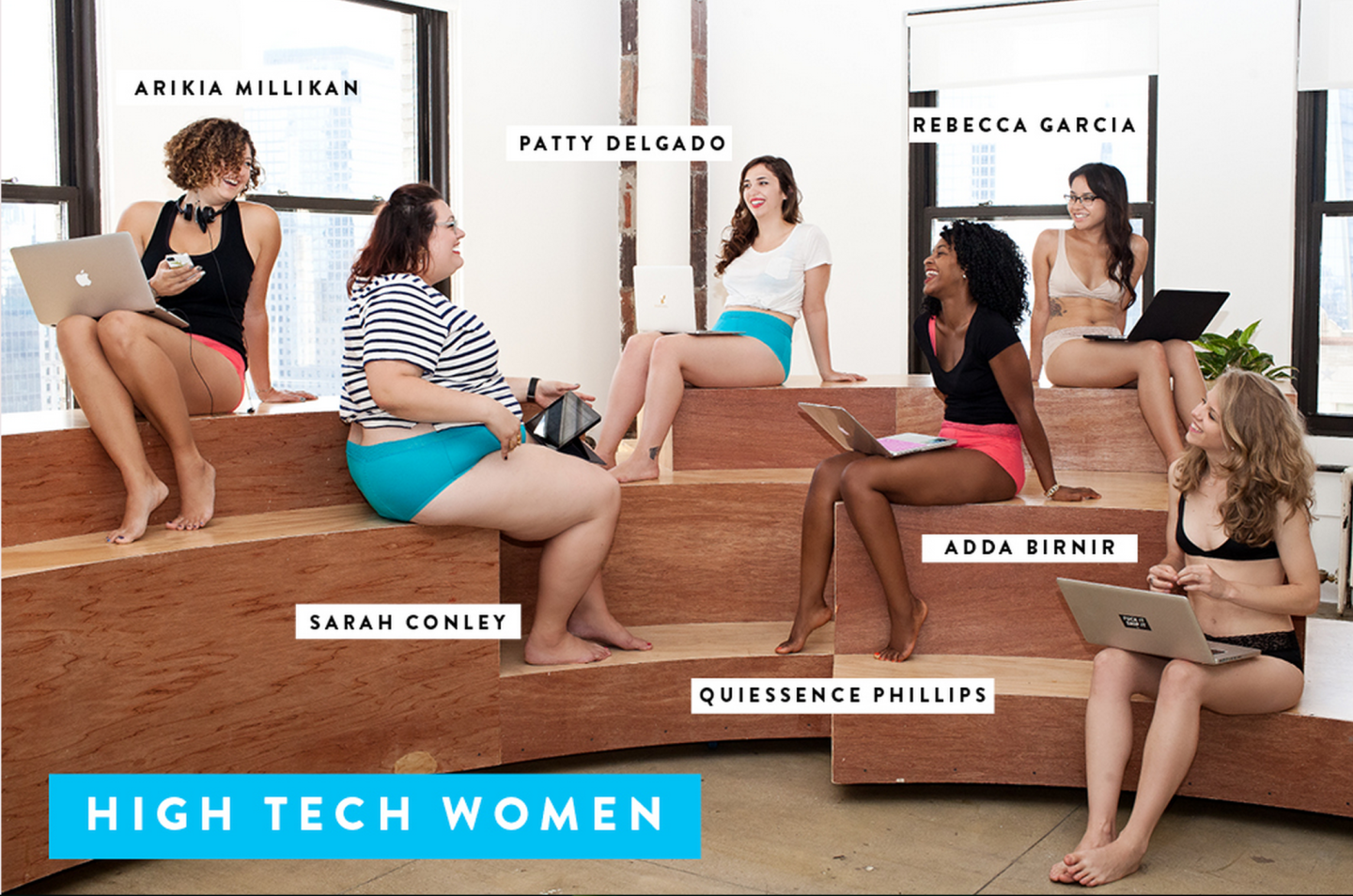 Dear Kate, an underwear company that specializes in “leak-free lingerie,” made headlines last week for a controversial ad campaign that some say perpetuates sexism in Silicon Valley. Rather than use professional models to showcase the company’s newest product line, Dear Kate featured female tech executives wearing nothing but their underwear. In an interview with Fortune, company founder Julie Sygiel said the move was intended to empower women in tech and bring awareness to the many women who are working in the field.

How did you come up with the idea for the campaign?

Why use female tech founders in this campaign specifically?

When I was young and starting the business, I didn’t know a lot of women who were starting businesses and that was a challenge for me. It’s hard to see yourself succeeding if you don’t see people like you doing that. The thought behind the campaign was to bring attention to the fact that there are women in tech and they are killing it. We wanted to highlight the fact that they are there because, to some degree, the media doesn’t often feature women in tech.

Why do you think it’s getting so much attention?

We are surprised that it is being perceived as being somewhat controversial. It says something about our society and it’s sad in some ways because posing in your underwear doesn’t say anything about your capability or intelligence. You should be able to wear whatever you want without people making assumptions about what’s going on inside.

What has been your response to critics to say that the campaign perpetuates sexism?

I don’t think our campaign is making anyone more sexist. If they are already sexist, sure, but I don’t think that is a valid critique of what we are doing.

Did you encounter any sexism when you were starting Dear Kate?

When we were pitching and raising funds, I remember pitching to a 10-member all-male, all-white angel investment group. They did not invest (laughs). Definitely I think there have been some challenging and differing comments that people have made. I appreciate that there has been a dialogue around sexism in tech recently. That is what it takes. People need to talk about it because men sometimes can think they are not doing anything wrong.

Since the campaign went live, how have the models reacted to all the attention?

All of our models believed in the concept behind the ad campaign and the concept behind Dear Kate. They weren’t just posing simply to look pretty. There was so much more to it. When the Time story came out, I emailed all of them and we’ve had an ongoing dialogue about it. They are laughing at the ridiculousness of the media picking on something to hate on in terms of women’s bodies. Women are either wearing too much or too litle. We should be able to do whatever we want and it doesn’t mean anything in terms of how capable we are at our jobs.

To get Caroline Fairchild’s newsletter on the world’s most powerful women, go to www.getbroadsheet.com.