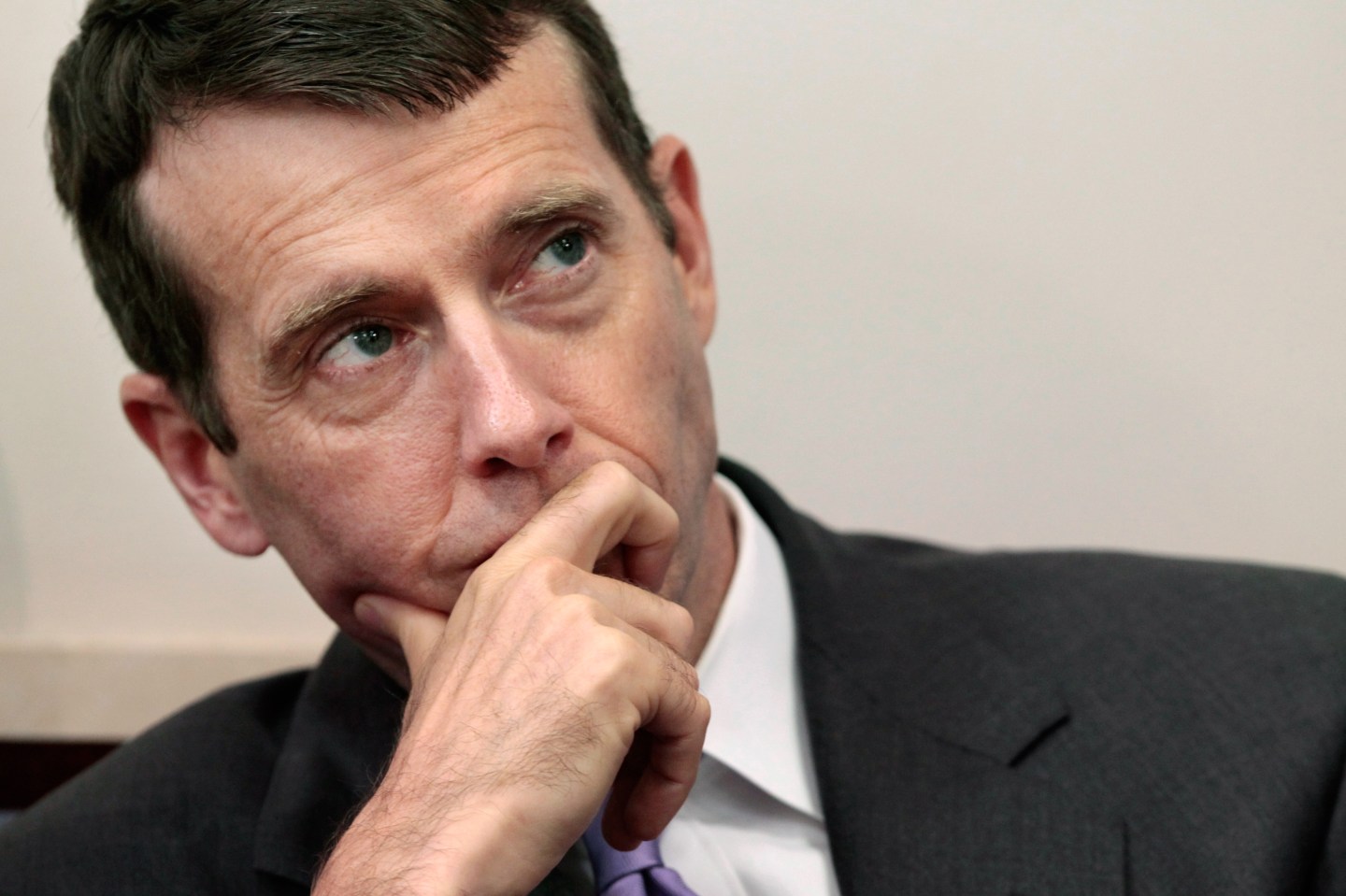 Uber today announced that it has hired former Obama campaign manager David Plouffe as its senior vice president of policy and strategy. From a blog post just put up by Uber co-founder and CEO Travis Kalanick:

“Starting in late September, David will be managing all global policy and political activities, communications, and Uber branding efforts. I will look to him as a strategic partner on all matters as Uber grows around the world. David’s background needs little introduction. He is a proven field general and strategist who built the startup that elected a President. I couldn’t be more excited about Uber’s new leader who will be bringing the expertise, wisdom, and strategic mindset to the next phase of the Uber movement, shepherding us well beyond the challenges of the Big Taxi cartel, and into the brave new world of software-powered transportation.”

For context, Kalanick is a noted libertarian who, until recently, used an image from Atlas Shrugged as his Twitter avatar. And now his $18 billion company’s policy efforts will be led by someone who helped put Barack Obama in the White House — in part through the backing of labor unions that view Uber as a threat.

For his part, Plouffe is already in campaign mode:

“Uber has the chance to be a once in a decade if not a once in a generation company. Of course, that poses a threat to some, and I’ve watched as the taxi industry cartel has tried to stand in the way of technology and big change. Ultimately, that approach is unwinnable. But I look forward to doing what I can right now to ensure drivers and riders are not denied their opportunity for choice in transportation due to those who want to maintain a monopoly and play the inside game to deny opportunity to those on the outside.”

Plouffe said during a conference call that he views Uber as a fulltime job, which means that he will quit his on-air and advisory work with ABC and Bloomberg LP at the end of September.