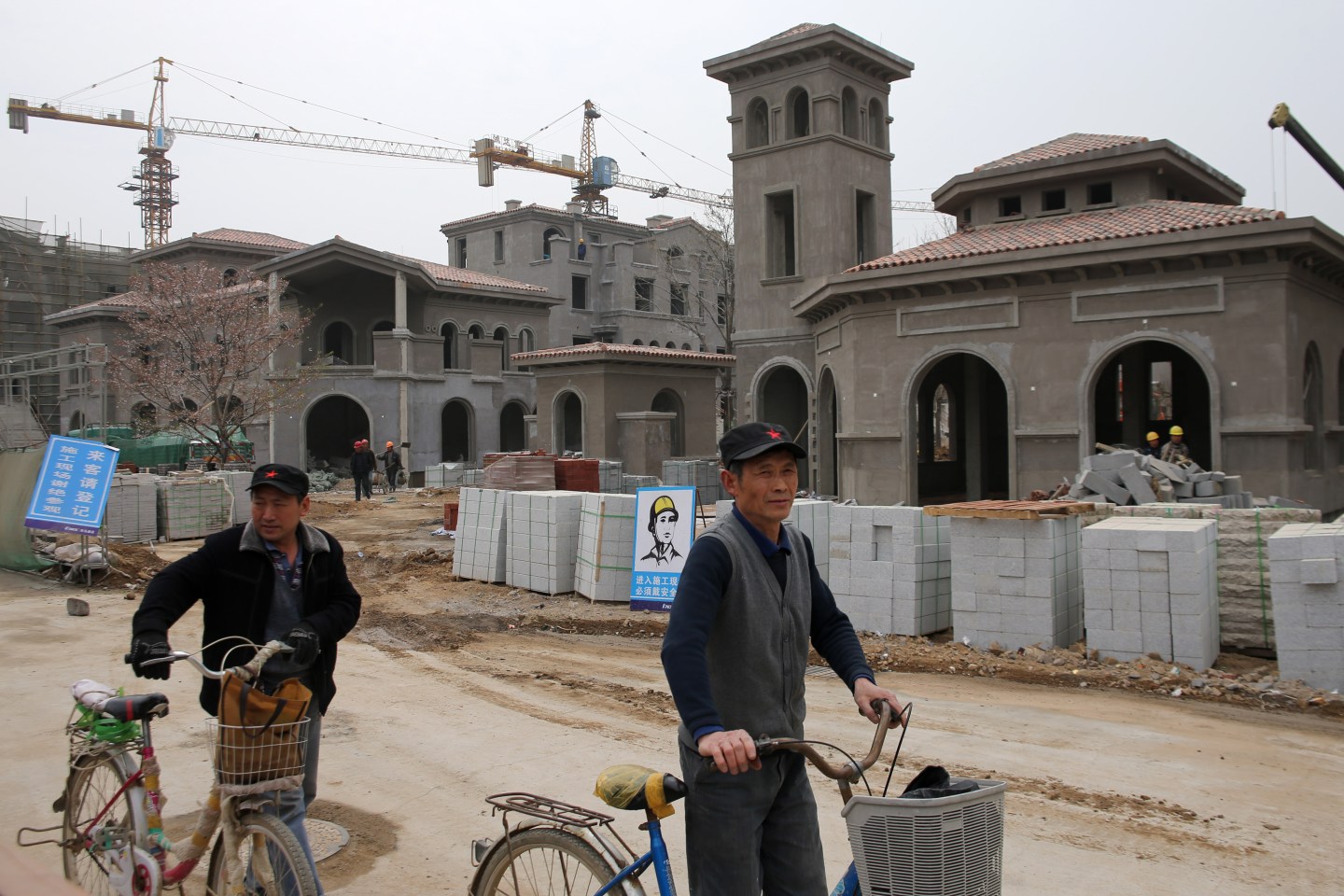 China’s housing bubble continued to deflate in July, with a third straight monthly decline in the price of new homes.

The National Bureau of Statistics said average prices across 70 large and medium-sized cities fell by 0.9% in the month, an acceleration from drops of 0.2% in May and 0.5% in June. It said prices fell in 64 of the cities surveyed.

The figures come only a few days after the central bank announced a sharp drop in the amount of new loans being given by Chinese banks in July, a development that it put down to banks trying to reduce exposure to real estate and tighten their risk management standards.

Years of easy money have fueled a massive construction boom across the country, as hundreds of millions of workers have migrated to the cities from the countryside. But there have been increasing signs this year that the supply of new housing has outstripped demand, leaving banks sitting on a lot of loans to developers that have turned sour.

The authorities have tried to address the problem by leaning on the country’s largest banks to increase their buffers against potential losses. They have also approved the creation of ‘bad banks’ in five regions where the housing bubble was most inflated, with a view to transferring bad loans out of the banking system, the Wall Street Journal reported Monday.

In year-on-year terms, prices were still up by 2.5%, but the rate of increase has slowed from nearly 10% at the start of the year.

China’s government is targeting growth of around 7.5% this year, but the rate slowed substantially in the first quarter as the economy struggled with the government’s top priority of rebalancing it away from exports to domestic consumption. The government and central bank then enacted a range of stimulus measures that appeared to revive activity, and factory output was on the rise again by June.

However, evidence of weakness still continues to come in from a number of areas, and Reuters reported Monday that foreign direct investment hit a two-year low in July. In addition to the economic slowdown, investor sentiment has also suffered from a number of territorial disputes with its neighbors, which are all big investors into China. Also, the country’s antitrust authorities are increasingly flexing their muscles in an effort to stop what they see as price gouging by foreign companies.