China said it was coming after western companies… 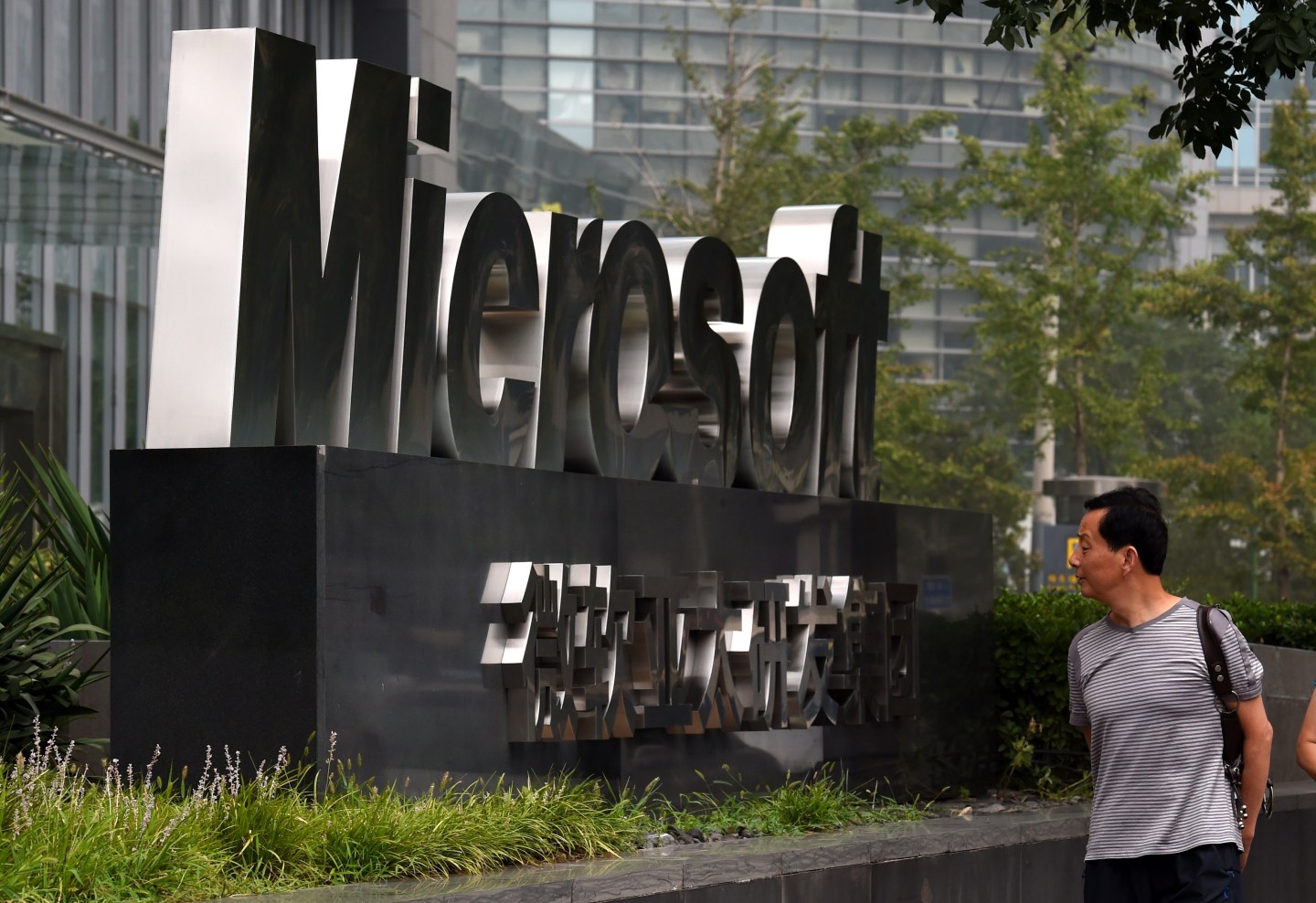 A man walks past a Microsoft sign outside a Microsoft office building in Beijing on July 31, 2014. Microsoft said July 30 it seeks to comply with Chinese law, after Beijing announced an anti-monopoly investigation of the US technology giant over its business practices. AFP PHOTO/Greg BAKER (Photo credit should read GREG BAKER/AFP/Getty Images)
GREG BAKER/AFP--Getty Images

After Chinese authorities raided four Microsoft (MSFT) offices in an anti-monopoly investigation last week and vowed to punish Audi and Chrysler for essentially charging unfair prices, the reactions of foreigners hit a similar note: can you believe it—China’s now coming after our companies!

Except—no one should be surprised. China has telegraphed its intentions of lessening the influence of foreign businesses for years and the time is finally here—when the country isn’t thirsting for foreign investment

You can trace back the sentiment to the mid-2000s, when China was drafting the anti-monopoly law now being used on Microsoft, Qualcomm Inc. (QCOM), Mead Johnson Nutrition Co. (MJN) and other multinational giants.

Around that time, China launched a seminal program to boost the country’s technological prowess and reduce its reliance on outsiders like American tech firms. The document was called “The National Medium- and Long-Term Plan for the Development of Science and Technology (2006-2020)” but it’s more commonly known as MLP. It’s essentially a technology grab.

As James McGregor, a longtime China resident and the author of One Billion Customers: Lessons from the Front Lines of Doing Business in China, has written, “The MLP explicitly states that a key tool for China to create its own intellectual property and proprietary product lines will be through tweaking foreign technology.

“Indeed,” he goes on, “the MLP defines indigenous innovation as ‘enhancing original innovation through co-innovation and re-innovation based on the assimilation of imported technologies.’”

The anti-monopoly law and China’s tech grab go hand in hand. For example, after the anti-monopoly law was created in 2008, one of China’s agencies in charge of enforcing it proposed adding provisions that required a dominant company, say Microsoft or Cisco Systems Inc. (CSCO), to license its intellectual property to Chinese competitors. The rationale was that without the same IP, Chinese companies wouldn’t effectively compete. This isn’t just academic: Cisco has actually been criticized by Chinese authorities in the past for refusing to license its IP to Chinese companies.

Because the anti-monopoly law is short on details and clarity, it can be an effective tool to enhance China’s goal of reducing foreign influence and gaining technology. What China’s regulators are saying is whether the problem is higher prices, unavailable intellectual property, or foreign firms controlling markets for key sectors like banking technology, we will use the law to benefit Chinese consumers and businesses.

How Western companies best respond is up for debate. Multinationals have almost all become reliant on Chinese profits and companies like Coca-Cola (KO) say the country will soon become its largest market, so few are willing to retreat.

“To be sure, China’s legal and regulatory systems are totally subservient to the Communist Party and will not likely rule against the government. So, the most effective defense is a vigorous offense: if Beijing’s anti-trust enforcement actions have no merit, Western firms should lobby their governments to threaten tit-for-tat retaliation. Thanks to globalization, China now also has immense economic interests in the West.”

These episodes should really be unsurprising to Western businesses in China: the government said they wanted to come after them and they have. Now it’s their turn to respond.