China vs. Western companies: Best defense is a strong offense 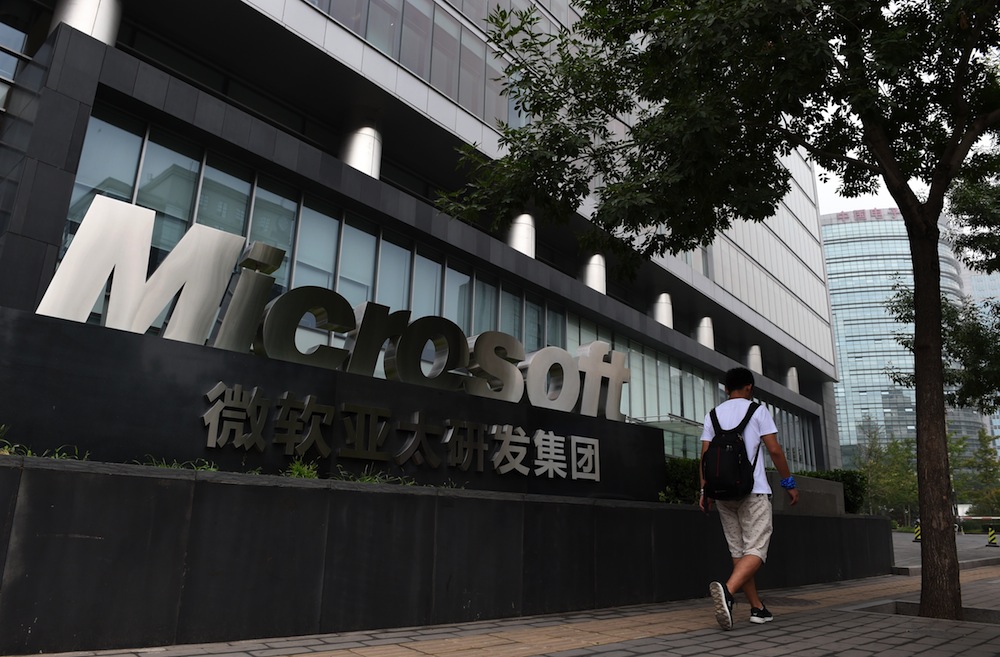 A man walks past a Microsoft sign outside a Microsoft office building in Beijing on July 31, 2014. Microsoft said July 30 it seeks to comply with Chinese law, after Beijing announced an anti-monopoly investigation of the US technology giant over its business practices. AFP PHOTO/Greg BAKER (Photo credit should read GREG BAKER/AFP/Getty Images)
Photograph by Greg Baker—AFP/Getty Images

For more than three decades, Chinese leaders have told foreign CEOs who make the trip to Beijing that they are “friends of China.” In many ways, it is true. It is hard to think of a group that has done so much to bring China into the global economy.

But lately, CEOs of some of the largest Western multinationals are finding that they are not exactly being treated like friends. New Chinese leaders have adopted a far less cordial policy toward foreign businesses operating in China.

The trend actually began a year ago, with Chinese regulators launching “anti-monopoly” investigations against Western baby formula-makers, accusing them of charging excessively high prices. Even though the charges were spurious (the Chinese market for baby formula had over 10 brands), Beijing’s intimidation and harassment forced companies like Mead Johnson and Abbott Laboratories to cut prices to placate the Chinese government.

In recent days, Beijing has expanded and intensified its anti-monopoly enforcement, targeting giant Western companies like Daimler, BMW, Volkswagen, Chrysler, Qualcomm (QCOM), and Microsoft (MSFT). Many of these companies could face huge fines if they are found to have violated Chinese law.

Although Beijing’s crackdown may have surprised Western business executives, it is actually a logical complement to the new Chinese leadership’s assertive foreign policy. Since his appointment as the new Communist Party chief in November 2012, Xi Jinping has displayed a much less accommodating stance toward the West. You can see evidence such a shift in China’s willingness to escalate maritime territorial disputes with Japan, Vietnam, and the Philippines, and its open embrace of Vladimir Putin of Russia.

In business, the ethos in China is also changing. Economic nationalism is in full swing. Although no country has benefited from globalization as much as China, Beijing in its heart has little trust in an open trading system. Chinese leaders, including the most senior officials, have often publicly expressed concerns that foreign economic influence and technological dominance is undermining Chinese security. Some of these fears have been translated into policy. The Chinese government has kept Apple’s products off its official procurement list (ostensibly because Apple did not submit its applications on time). Cisco’s sales in China have plunged due to security concerns. The Chinese business media also reports a plan to replace IOE (IBM (IBM), Oracle (ORCL), and EMC (EMC), the three companies that dominate IT services for Chinese financial firms) with indigenous equipment and service providers.

In this context, it would be a mistake to view China’s latest anti-monopoly enforcement as isolated acts. Western firms must have a coherent strategy to defend their business rights and interests in China.

Whenever Chinese authorities harass their companies, Western CEOs’ first instinct is to roll over and play dead. This is a bad idea because, unless their firms have truly violated Chinese law and engaged in internationally unacceptable business practices, such a response is guaranteed to invite future aggravation. Western companies should fight back by following China’s legal procedure, demanding transparency, and using the influence of their trade groups (such as the American Chamber of Commerce) to get the facts out.

To be sure, China’s legal and regulatory systems are totally subservient to the Communist Party and will not likely rule against the government. So, the most effective defense is a vigorous offense: if Beijing’s anti-trust enforcement actions have no merit, Western firms should lobby their governments to threaten tit-for-tat retaliation.

Thanks to globalization, China now also has immense economic interests in the West—Chinese companies operate in Western countries and are eager to expand. It must be made clear to Beijing that unfair actions against Western companies will result in unpleasant regulatory enforcement measures targeting Chinese firms in the West.

A strategy of strict reciprocity will likely deliver better results than quiet capitulation or private groveling. For all its economic gains in the last decade, China still lags significantly behind the West in technology, brand building, and innovation. While it is true that large Western firms count on China for future growth, China also relies on Western multinationals for upgrading its economy.

It is unclear if Western firms will be willing to band together to protect their interests. Based on previous experience, European firms are more vulnerable than their U.S. counterparts because European governments lack the heft or the will to confront Beijing. Of course, the Chinese government has exploited this vulnerability fully and has skillfully used the divide-and-conquer tactic, first to separate American firms from European ones and then to show favoritism toward firms from one European country (Germany) over those from another (France).

But this time, let’s hope that Western firms will have the guts to tell Beijing that they want to be treated like real “friends of China.”