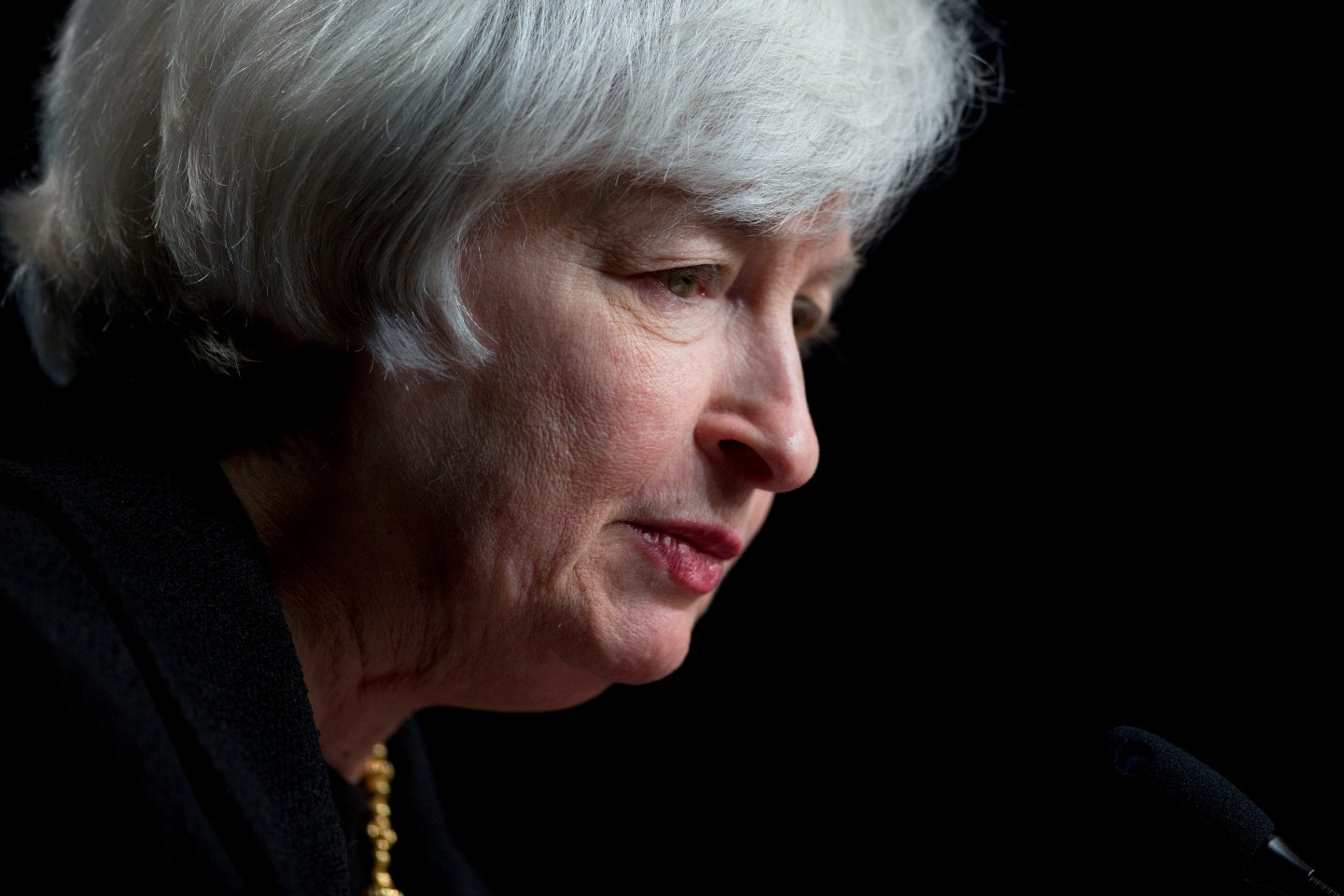 This week market watchers will keep close tabs on Federal Reserve Chair Janet Yellen’s comments at the Federal Reserve Bank of Kansas City’s conference on the economy and monetary policy, held in Jackson Hole, Wyo. European Central Bank President Mario Draghi will also be speaking. Other highlights this week include the minutes of the Fed’s July 29-30 meeting, plus a host of reports on the housing market, including existing-home sales data on Thursday.

Here’s what to look out for in the week ahead.

It’s another week and another batch of retail earnings are set to be announced. Among the biggest: Urban Outfitters (URBN), which reports on Monday; and Target (TGT) and Staples (SPLS), both slated to report on Wednesday. Of those, Target lowered its second-quarter earnings forecast earlier in August, stating that it needed to rely upon promotional discounts to get more shoppers through the door. Plus, don’t forget everyone’s favorite furniture retailer (or at least the one with the best name) La-Z-Boy is reporting, too. Watch out for those potentially cushy results on Tuesday.

This Thursday, data on U.S. sales of previously-owned homes are expected to show they rose to near an eight-month high in July. That’s a good sign for the economy, as it may mean the market is improving, according to Bloomberg. Low interest rates and job growth are a couple of the main reasons why Americans are beginning to once again see home ownership as a possibility. The National Association of Realtors will release the information at 10 a.m. ET. Meanwhile, the National Association of Home Builders Housing Market Index for August comes out on Monday.

Home Depot (HD) and Lowe’s (LOW) will report their earnings, on Tuesday and Wednesday, respectively. For Home Depot, analysts expect earnings per share to rise to $1.45, up from $1.24 in the same quarter last year. For Lowe’s, analysts have a forecast for EPS of $1.02, up from $0.88 last year during the same quarter.

The Federal Reserve releases minutes on Wednesday for its policy meeting in late July when the Fed’s policy committee decided to reduce monthly bond-buying again. Of greater interest to investors will likely be the appearance of Janet Yellen and other major central bank officials at Thursday’s Federal Reserve Bank of Kansas City’s annual symposium, titled “Re-Evaluating Labor Market Dynamics.” Yellen will give a keynote speech on Thursday. European Central Bank President Mario Draghi is also expected to speak.

5. The week in tech and gaming

A handful of tech and gaming companies will report earnings this week. For instance, Hewlett-Packard (HP) reports on Wednesday, while Gamestop (GME) is set for Thursday. There’s also the cloud computing service Salesforce announcing results on Thursday. HP is likely to draw some scrutiny. The company is currently in the middle of a wide-ranging restructuring that includes deep job cuts. Last week, Morgan Stanley analyst Katy Huberty said she sees PC sales improving, but not by much.