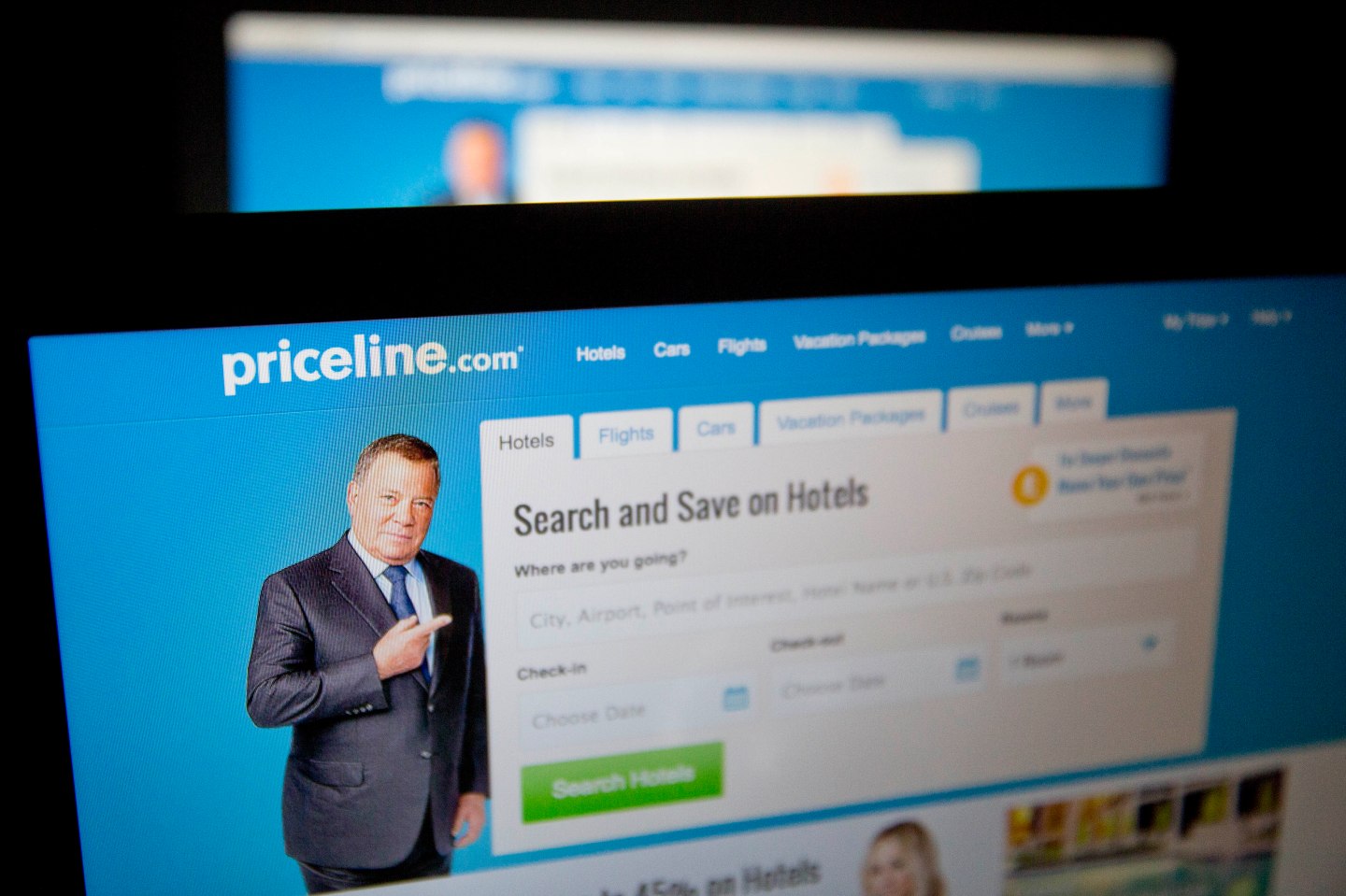 The Priceline.com website is displayed on laptop computers arranged for a photograph in Washington, D.C., U.S., on Wednesday, Nov. 6, 2013. Priceline.com Inc. is expected to release earnings figures on Nov. 7. Photographer: Andrew Harrer/Bloomberg via Getty Images
Photo by Bloomberg—Getty Images

People are traveling more, according to Priceline’s President and CEO Darren Huston — that’s leading to better results not just for his booking company, but also for the entire travel industry.

Total profit for the Norwalk, Conn., -based company last quarter was $1.9 billion, a 36% jump from the same quarter in 2013. That number was supported by increased activity in many of the services Priceline (PCLN) provides: A 19% – 29% in total gross travel bookings. A 10% – 15% in domestic travel bookings. 90 million total nights of room bookings, a 29% increase.

Two recently announced partnerships were highlighted in the earnings release, as well. First, Priceline’s investment of $500 million in Ctrip, a Chinese travel booking service. This is expected to further allow Priceline to get its foot in the international market, which could be a serious boon to its earnings in future quarters.

Second was the acquisition in June of OpenTable, the restaurant booking site and mobile app. Priceline spent $2.6 billion on the company, which allows it to expand its business into other elements of hospitality.

The two deals represent both vertical and horizontal growth for Priceline.