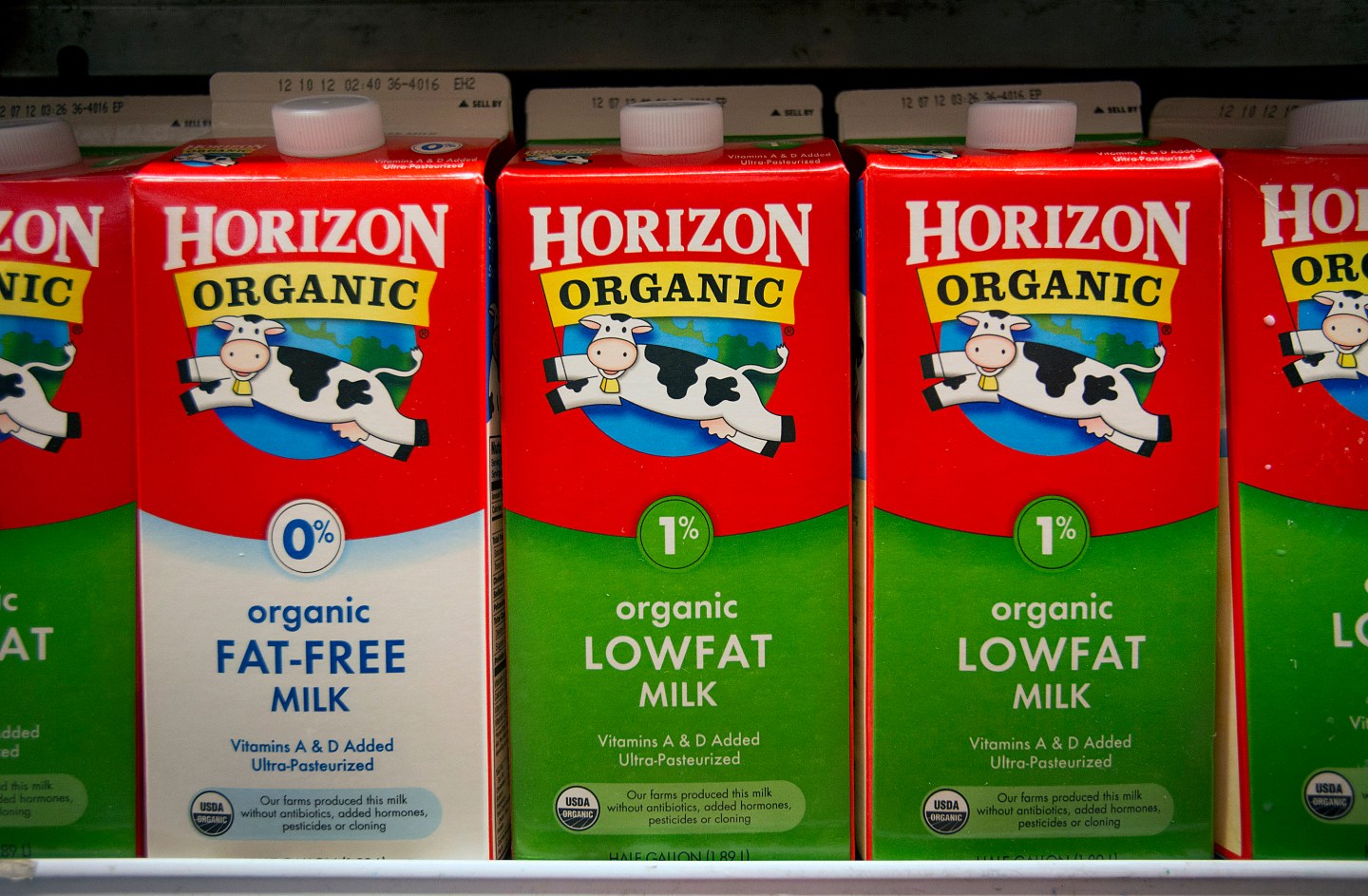 A slowdown in the cereal aisle and record high raw milk costs have eaten into Dean Foods’ second-quarter results, leading the milk producer to issue a wider-than-expected loss.

Dean Foods (DF) said a key measure of raw milk costs jumped 31% in the second quarter from a year ago, an average that was the highest level “in the history of the U.S. dairy industry.” As a result of those high milk costs, the company’s gross profit margin shrunk to 16.7% from 21.2%.

“We are clearly disappointed with our second quarter results,” Chief Executive Gregg Tanner told analysts during a conference call. “This is the most difficult operating environment we have ever experienced as a company.”

Dean Foods is the nation’s largest processor and direct-to-store distributor of fluid milk, with more than 50 local and regional dairy brands. It also sells ice cream, juices, teas and bottled water, though fluid milk makes up the bulk of the products Dean Foods sells.

Milk sales are dented by a slowdown in the cereal aisle. General Mills (GIS) and Kellogg (K) have reported weaker cereal sales in recent years, with some speculating the industry is facing a greater competitive challenge from quick-serve restaurants and as more people shift to prefer more protein in their diets.

Overall, Dean Foods reported an adjusted second-quarter loss of 14 cents a share, worse than the loss range of two cents to eight cents that Dean Foods had estimated earlier this year. Due to the volatility of dairy commodity costs, the company withdrew its full-year guidance.

On a somewhat positive note, Dean Foods says efforts to cut costs put it in a better position to face such high milk costs. The company in early 2013 announced a plan to close up to a dozen manufacturing facilities by the middle of this year and has made good on that promise, including the closure of four of the 12 facilities occurring in June and July of this year.