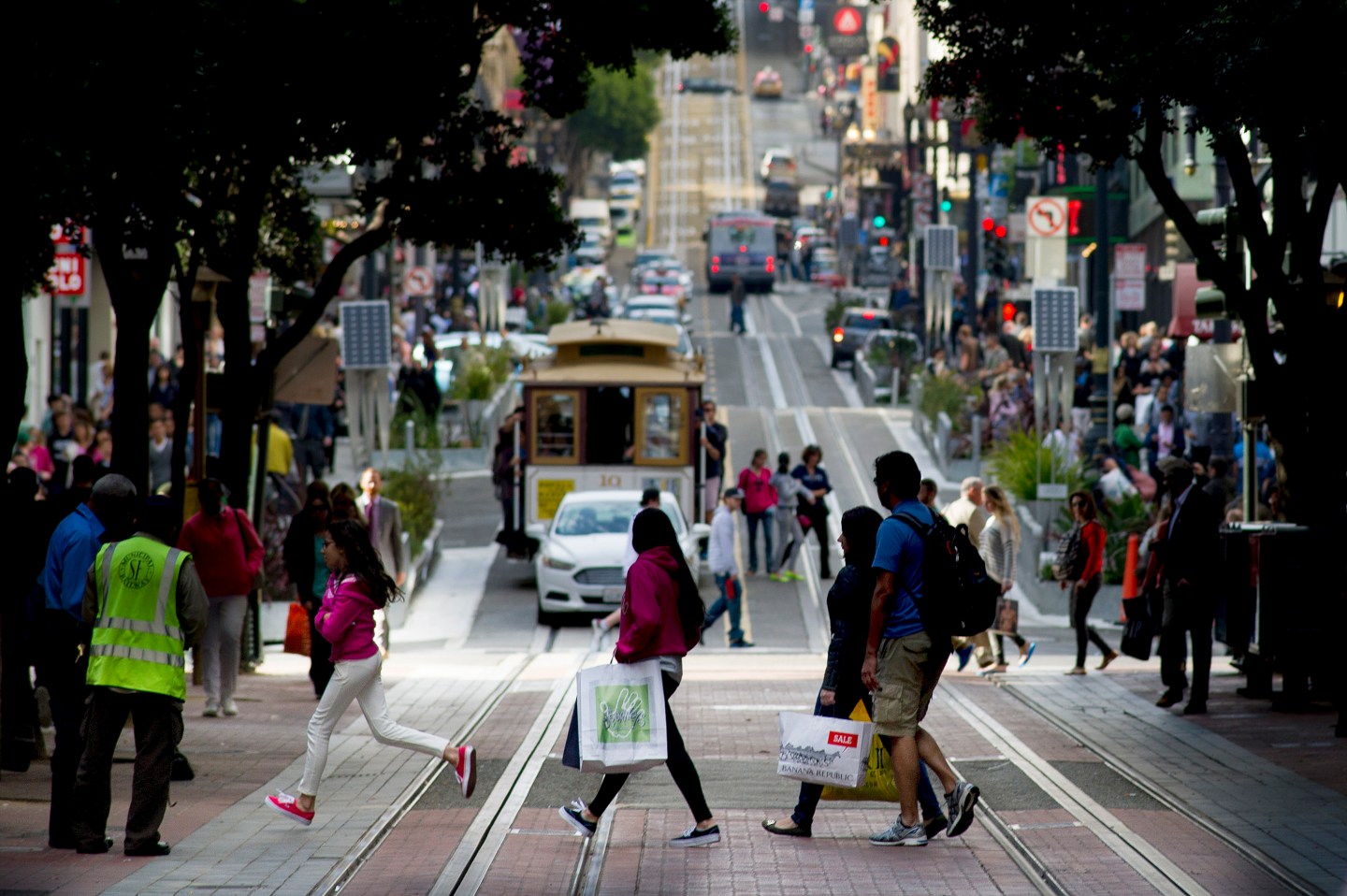 Retailer earnings kicked off this past week with luxury handbag brands Coach and Michael Kors. Coach, which had warned investors about underwhelming results, saw its shares gain 9% during the week – quite good considering it reported a 35% drop in profits. Shares of Kors, on the other hand, rose just 1.6% after it said its quarterly revenue grew 43.4%.

This week is a rush of retail earnings, both big and small. Walmart (WMT), the world’s largest retailer, reports on Thursday. Analysts will be trying to gauge how shoppers are thinking — err, spending. They’re expecting Walmart to report profits of $1.21 a share and $119 billion in sales. Macy’s (M) also reports on Wednesday, while J.C. Penney (JCP), Nordstrom (JWN) and Kohl’s on Thursday.

The U.S. Census Bureau will report July retail sales, which are expected to rise 0.4%, on Wednesday followed by the University of Michigan’s August consumer sentiment survey, which analysts anticipate will hit 82.5, up from last’s month’s 81.8 reading. The consumer sentiment survey is a scale of 100 and results are relative to previous months. A higher reading means shoppers are more optimistic. Look for signs of how retailers are doing in prelude to the back to school season, the second most important sales period of the year. It could be a doozy this time around.

Weekly jobless claims have fallen below 300,000 for two-weeks in a row. If the upcoming report on Thursday comes in below that mark as well, it could be a sign that the labor market is continuing its steady upward trajectory – albeit with a few hiccups along the way since the economic recovery took hold.

The job openings and labor turnover survey, or JOLTS, comes out on Tuesday. Analysts expect job openings to hit 4.55 million in June, down from 4.64 million in May. More job openings is good news for everyone and a sign that employers are optimistic about economic expansion. The Federal Reserve will also be watching closely to make sure the job market is gaining ground as it continues to pare its quantitative easing program.

Is Shamu still as loveable as Micky Mouse? After Disney’s stellar earnings this past week, Seaworld (SEAS) is readying its quarterly earnings for Wednesday. Analysts expect the themepark’s appeal to translate into profits of 59 cents a share on $446.8 million in sales.