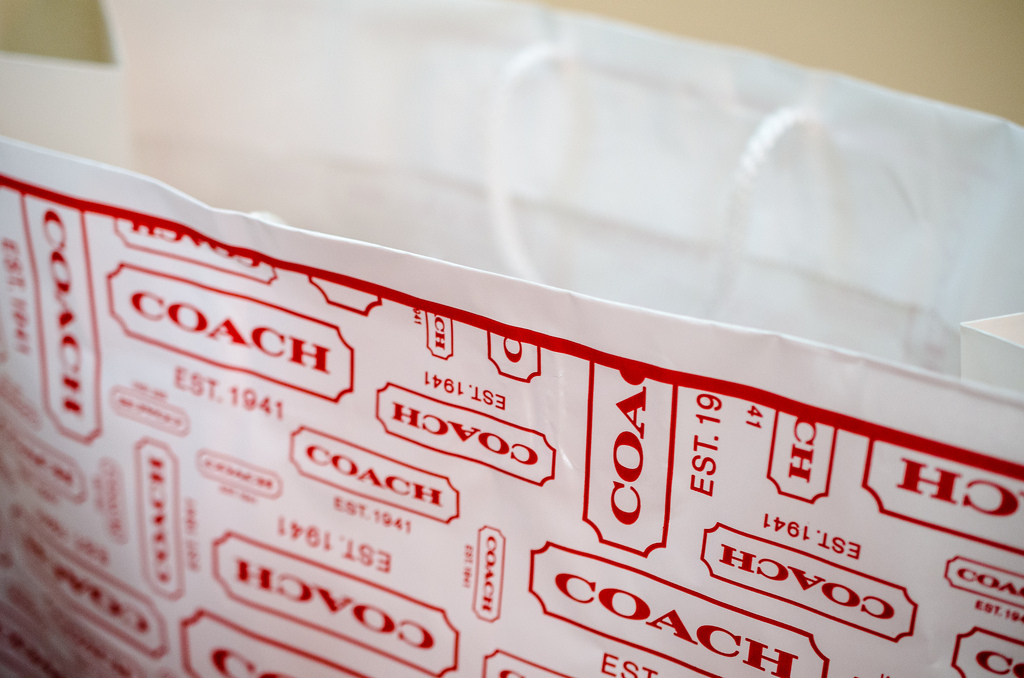 It’s not every day that a 7% drop in sales and a 35% decline in profit is good enough to buoy investor sentiment and send shares soaring.

But with struggling fashion and leathergoods maker Coach (COH), it’s all relative, and behind what was objectively a pretty awful fourth quarter report were some encouraging signs.

For one thing, Coach’s North American comparable sales fell 17% in the quarter ended June 28 — another bloodbath yes, but less gruesome than Wall Street expected (analysts were projecting a 21% drop in its top market, according to Consensus Metrix). Overall, net sales fell to $1.14 billion for its fourth fiscal quarter from $1.22 billion a year earlier, while net income excluding one-time items came to 59 cents per share, 6 cents better than analyst forecasts.)

For the fiscal year, Coach’s sales in China crossed the $500 million (and 10% of sales) threshold for the first time, helped by a 20% jump last quarter. China is the fastest growing luxury products market in the world, which gives Coach a rare advantage over rival Michael Kors Holdings (KORS). Coach’s big bet on men’s products also paid off big time last year, hitting the $700 million mark.

These small bits of goods, in contrast to the dire situation of Coach’s bread-and-butter women’s handbags business, lifted Coach shares 6% in premarket trading on Tuesday to $36.40.

But they remain well below a 52-week high of $57.95 and probably will stay low until the company can show investors it can fend off Kors and Kate Spade (KATE) and win back the many shoppers it lost after trying too hard to be fashionable and aggressively expanding into hundreds of malls, damaging its brand.

In June, the New York company laid out its plan to fix its North American business, which generates more than 60% of sales: closing 20% (70 out of 350) of its full-service stores in North America, consolidate some of its factory stores in the region as well, snagging better spots in department stores, and opening high-touch flagship stores in the 12 major North American markets where it gets half of its sales.

“Most importantly, we laid the groundwork for our brand transformation,” Coach CEO Victor Luis said in the earnings press release.

The big test for Coach comes next month, when it starts selling the first collection designed by creative director Stuart Vevers, who was hired last September and has focused on the 73-year-old company’s heritage and New York roots. The new collection is a nod to Coach classics—and an effort to start to win back U.S. shoppers who thought the brand had grown too showy in recent years. It got rave reviews at Fashion Week in February, but it remains to be seen if that can end Coach’s tailspin in its home market.