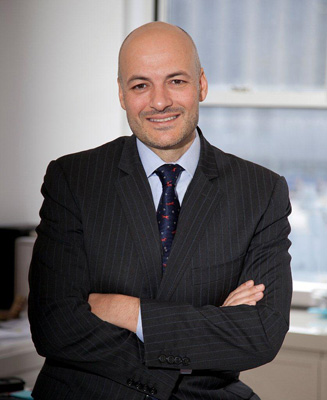 Coach (COH) laid out on Thursday the strategy it hopes will help it win back the market share it has lost in North America to the likes of Michael Kors (KORS) and kate spade (KATE), and accelerate its growth overseas.

The New York handbag and leather-goods company told Wall Street analysts that it planned to close 20% of its full-service stores in North America, where comparable sales fell 21% last quarter, in the coming months. The brand will consolidate some of its factory stores in the region as well. It will try to make up for that with better spots in department stores and high-touch flagship stores in the 12 major North American markets where it gets half of its sales.

In September, it will start selling the first collection designed by creative director Stuart Vevers, who has focused on the 73-year-old company’s heritage and New York roots. The new collection is a nod to Coach classics—and an effort to start to win back shoppers who thought the brand had grown too showy in recent years.

Even in China, the motor of its sales growth of late, Coach is tweaking its approach, closing stores in locations that have become less attractive and opening new stores in better spots.

Investors proved nervous and sent shares down 9% after the company said returning to growth could take a while.

Coach CEO Victor Luis, who took the reins in January after helping build the luxury company’s international business in recent years, sat down with Fortune at Coach’s Manhattan headquarters for an exclusive interview to discuss his strategy.

Fortune: In closing stores in many smaller markets, do you not risk ceding the opportunity in such locations to rivals like Michael Kors, which is expanding?

Most of the moves are not about giving up on total markets. They are in markets where we have more than one location. In all of the malls where we are closing stores, we have a wholesale location, either at a Macy’s (M), a Bloomingdale’s, or another partner.

Why the focus on the 12 major North America markets, rather than a broader footprint?

They represent over half of our sales, and certainly they represent the most important tourist destinations. They are the PR (public relations) and marketing megaphones to the world because a lot of the consumers who shop there tend to be the trendsetters as well.

How does your e-commerce, which you are overhauling currently, play into this shift away from malls?

Part of this is not Coach-specific. Part of what we are seeing in general is reduced traffic to the American shopping mall, driven by an increase in e-commerce. Certainly, with many of the consumers that would normally be shopping in these smaller locations, one of the opportunities is going to be how we can engage with them via our web site.”

You say Coach will enhance its locations inside North American department stores. How and why will you do that?

We are making investments targeted at making up for the store closings. There is a place for the American department store, and in those that we choose to be in, we want to look good.

In many of the locations, we’re going to be bringing Coach-funded sales specialists who will be able to ensure there is a level of customer service. Coach will have its own staff at 50 shops inside a department store next year, and triple that in another 2 years. [Until now, such sales staff were employed by the department store.]

Coach announced today that it is looking for a spot to have a big New York City flagship—why is this important?

[It] would be the epicenter of Coach globally, a reflection of our total brand here, in the city where we were born, in the city that is our number-one inspiration. That is a very important project for us, and that search continues.

How does your New York heritage play into your expansion plans in Europe, where you remain a small player in many key markets and where many upscale and luxury brands are much older and better established?

We have to go in there with a combination of ‘yes, we have a history and heritage of craftsmanship as the leading U.S. house of leather, but we are also a fashion and lifestyle resource that is today indicative of the New York fashion style.’

Vevers has dived into Coach’s archives, an approach that has informed his first collection for Coach. How does the focus on Coach’s history help you?

There is a generation of consumers who don’t know Coach of earlier years and others who do, and I think what we need to do, and are trying to do, over the next 12-18 months, is ensure that consumers are aware of our core, what is our DNA, who are our roots, who we are.

You are closing some locations in China, and replacing them with others. Why are you willing to run the risk of slowing your growth in a market that is increasingly important to you?

Things in China move so rapidly so great malls, great department stores that were the right place to be 5 years ago, may no longer be that place. We’re taking an aggressive stance in ensuring we are in the right locations by making the tough decision to close some stores and move them to better locations.