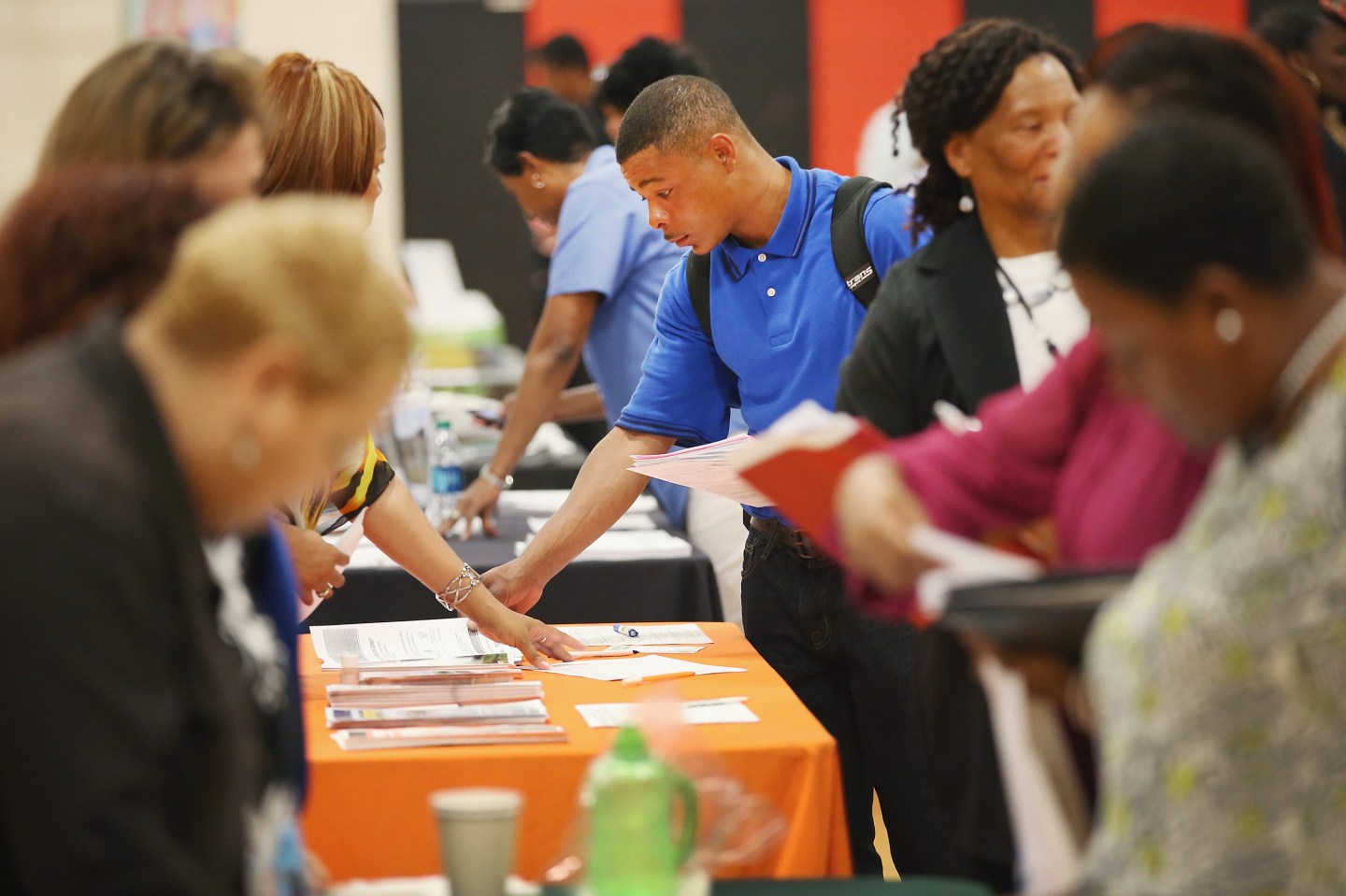 The number of Americans applying for jobless benefits fell below the 300,000 mark for the second time in three weeks last week, adding more evidence that the U.S. labor market is improving, with layoffs low and the pace of hiring picking up.

The latest report on jobless claims shows 289,000 Americans filed during the week ended Aug. 2, down 14,000 from the previous week. The number of people claiming to be unemployed is also down from the same week a year ago, when 335,000 people filed.

Perhaps most encouraging, though, is the four week average of initial jobless claims. This week that number is 293,500 — the lowest is has been since Feb. 25, 2006.

Washington was the state with the biggest increase in new claims, while Pennsylvania saw the biggest decrease.