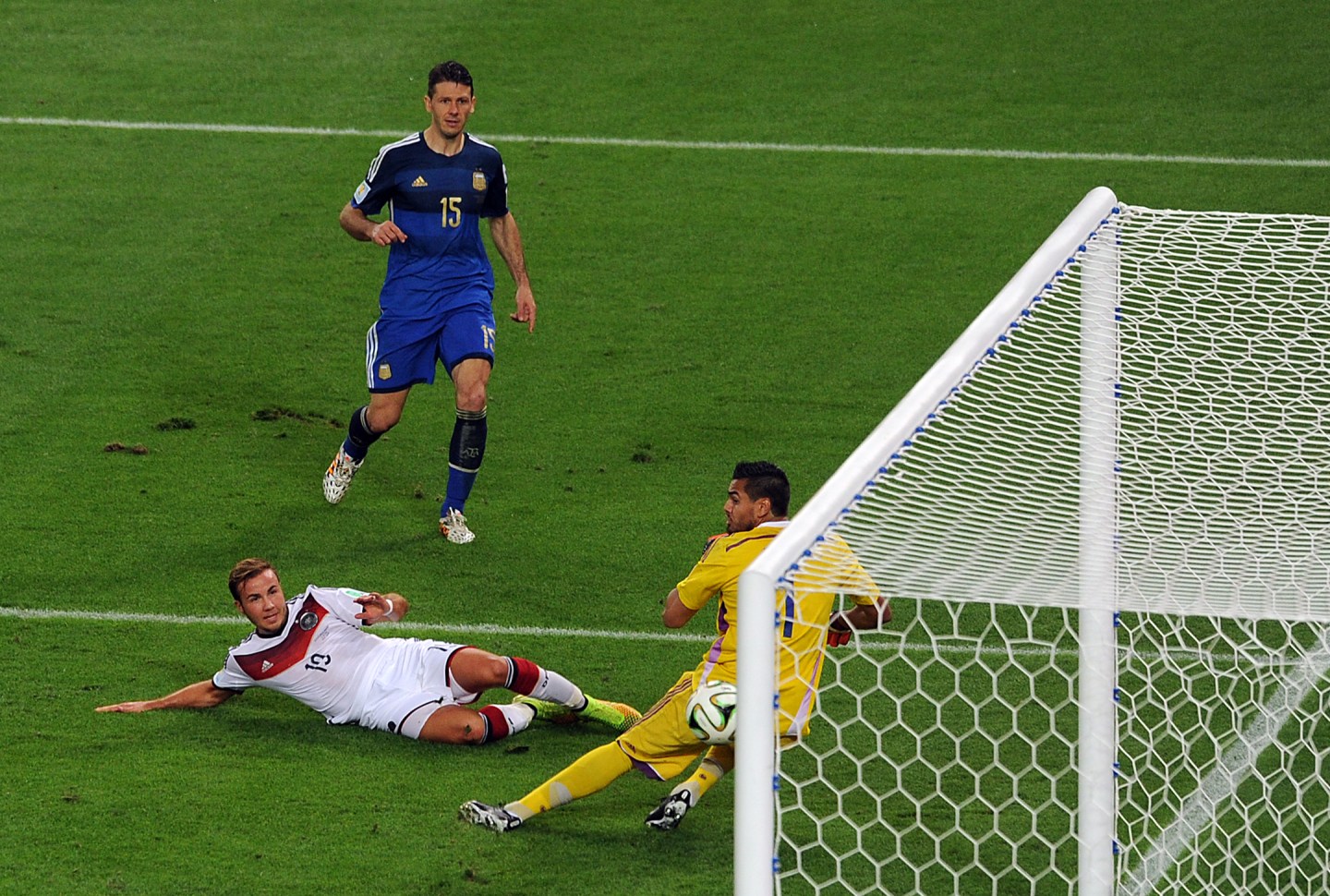 German sports equipment maker Adidas AG (ADDYY) slashed its profit forecast and postponed its strategic targets for 2015, as two of its biggest bets–golf and Russia–turned sour and the euro’s strength ate into the profits of its overseas businesses.

The company said it no longer expected golf to grow as much as it had thought, and that it would act to cut overheads and inventory at its TaylorMade-adidas business, the world’s biggest maker of golf clubs, bags and accessories.

In addition, it said a “trend change” in the Russian ruble, along with “increasing risks to
consumer sentiment and consumer spending from current tensions in the region,” had significantly weakened the outlook for Russia, a market which it had expected to deliver solid growth for years to come. As a result, Adidas said, it will cut the number of planned store openings and accelerate some store closures. The company had originally intended to open around 100 new stores in Russia this year, growing its chain by 10%.

Adidas hasn’t been affected yet by E.U. sanctions on Russia over the Ukraine conflict, but the ruble fell over 10% against the euro in the first quarter of the year and is now quickly losing what little it recovered of that in the second quarter, as the economic and political situation deteriorates. That reduces the euro-value of everything Adidas sells in Russia.

Shares in Adidas, the biggest rival to Nike Inc. (NKE) in the global sports business, had already fallen sharply last week after the company warned that it would release weak results. But they continued to fall Thursday as the company failed to present any convincing measures to turn performance round. They’re now down 24% since the end of June, at a two-year low.

Net profit for the first half fell 27% from a year earlier to €348 million, while revenues fell 2% to €6.998 billion. Adjusted for currency swings, they were up 5%. The company had originally predicted sales would grow nearly 10% this year, but now expects them to grow by “a mid-single-digit amount.” Operating margins, meanwhile, are now expected to be between 6.5% and 7% instead of 8.5%-9%, due largely to the need to clear inventory.

” For the remainder of 2014, our priority is to sustain the momentum we have in key categories and markets, and take corrective steps to bring more stability to our future earnings,” chief executive Herbert Hainer said in a statement.

For all of the gloom, there were still bright spots. Adidas had a particularly successful soccer World Cup, supplying both the champions, Germany, and runners-up Argentina with kit. That helped sales of Adidas-brand products to a 14% rise in sales in the second quarter.

In addition, the company has since signed a 10-year partnership deal with Manchester United, the English club that habitually has some of the biggest merchandise sales in the world of soccer.