Bank of America near settlement of up to $17 billion 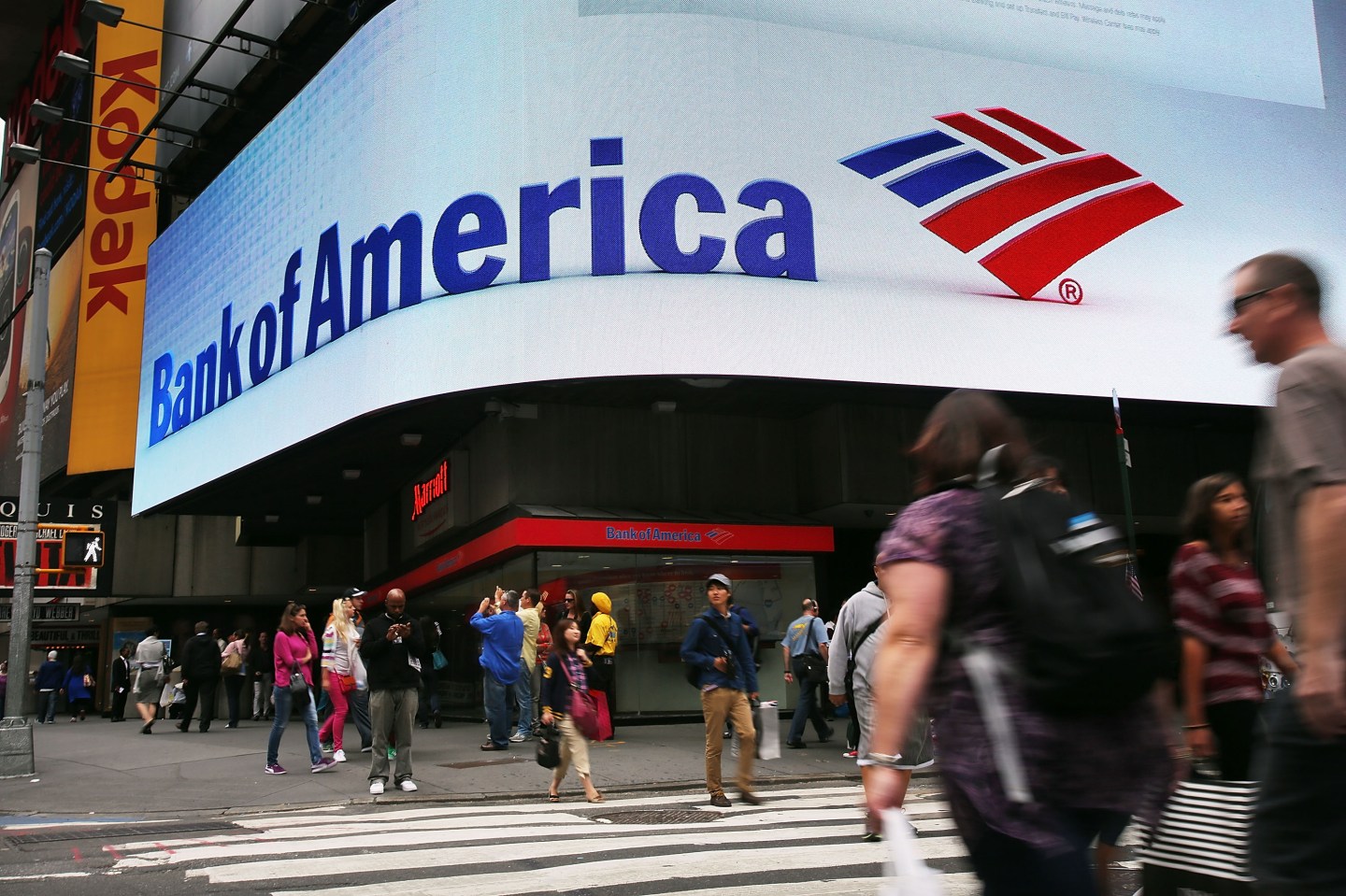 NEW YORK, NY - SEPTEMBER 20: People walk by a Bank of America branch in Times Square on September 20, 2012 in New York City. Bank of America Corp. has announced in a document to top management that it intends on getting rid of 16,000 jobs and to close 200 branches as the company continues its cost-cutting strategy. (Photo by Spencer Platt/Getty Images)
Photo by Spencer Platt—Getty Images

Bank of America and the Justice Department are reportedly getting close to finishing a record settlement in which the bank will pay anywhere from $16 billion to $17 billion as a result of alleged mortgage-related misconduct ahead of the financial crisis, according to The Wall Street Journal, citing individuals familiar with the matter.

Previously, the most money paid by a bank to the Justice Department was JP Morgan’s (JPM) $13 billion fine in November over similar charges. Citigroup (C), meanwhile, paid $7 billion to settle claims much like those faced by Bank of America (BAC).

From Bank of America’s settlement, $9 billion is reportedly going to the Justice Department, states and the other government agencies, according to The Wall Street Journal. The rest of the sum is expected to go to consumer relief.

The Wall Street Journal also reported that there has been some friction between the government and Bank of America over its efforts to hold firm at a $13 billion settlement. The Justice Department, however, remained steadfast, according to the article.

No final decision is expected this week. Additionally, the deal may still fall apart as details of the settlement are still reportedly being negotiated, according to anonymous sources cited in the article.

A spokesman from Bank of America declined to comment.