Apple’s buybacks: ‘Their timing was impeccable’ 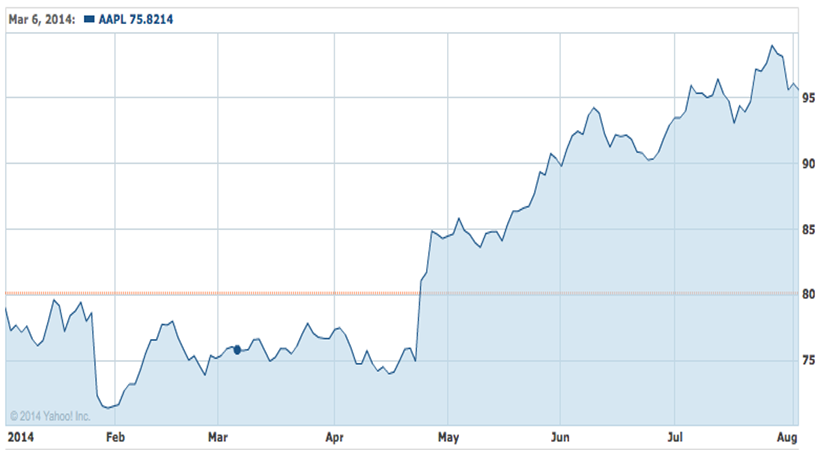 From a roundup posted Tuesday by Bloomberg‘s Oliver Renick and Joseph Ciolli:

“[Apple] is up 25% since it spent $18 billion on its own shares between January and March and rallied 32% after a $16 billion buyback in 2013. Those are the highest four-month returns among the 20 biggest quarterly repurchases by any company since 1998, according to data compiled by Bloomberg and Standard & Poor’s.”

So far this year the companies that make up the S&P 500 have repurchased $211 billion worth of their own shares — with mixed results. Microsoft spent $3 billion and rose 16%, according to Bloomberg, while LyondellBasell spent about the same for a 35% increase. Exxon Mobil, Boeing and EBay all saw their shares fall.

No company came close to Apple.

“Their timing was impeccable,” Highmark Capital’s Todd Lowenstein told Bloomberg. “They went in big, and it said to the market that they had confidence in their business plan and thought their stock was grossly undervalued. That’s worked out well for them.”

LINK: Apply buybacks pay most ever.