Chitika: Apple and Samsung solidify their grip in U.S. and Canada 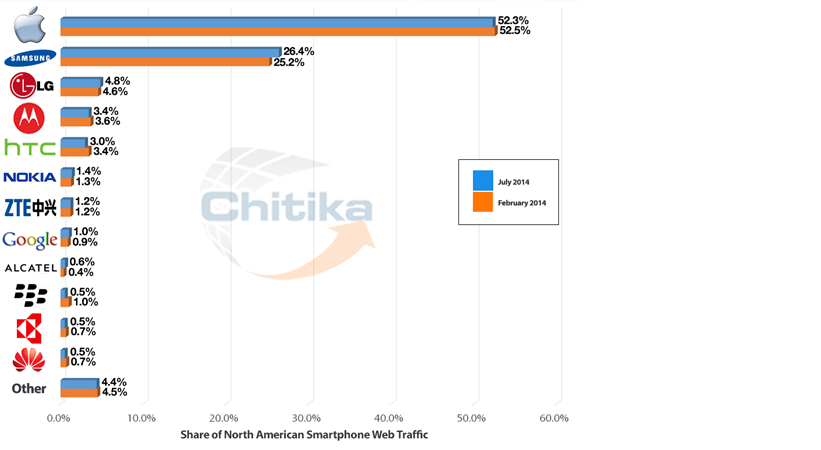 In February, Apple and Samsung accounted for 77.7% of the smartphone traffic in the U.S. and Canada as measured by hits on the Chitika Ad Network. In July, according to a Chitika report issued Monday, they accounted for 78.7%.

There was some movement among the lesser brands, but it was measured in tenths of a percent. Basically, Apple dominates North American smartphone with more than 50%, Samsung is a distant second with about half that share, and the rest are getting nowhere fast.

There’s plenty of volatility in other smartphone markets — especially in Asia, where Android price wars are raging — but North America is pretty much locked up.

“This should be expected,” the Chitika report notes, “as North America represents one of the world’s more mature smartphone ecosystems, with recent figures pointing to more than 66% and 55% of mobile users owning a smartphone in the U.S. and Canada, respectively.