Please stand up while you read this 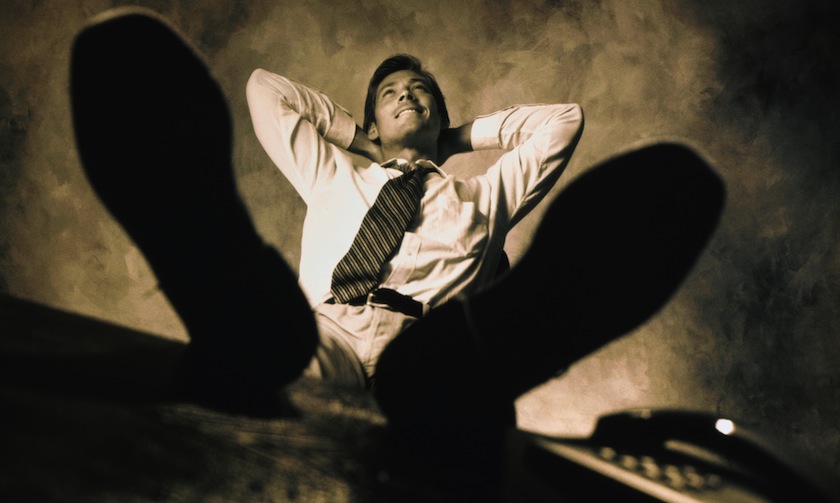 If you’re like most “knowledge workers,” you sit a lot. First you sit in the car or on the train on the way to and from work, as well as for most of the hours in between, and then in front of a computer screen or a TV in the evening.

So maybe you recall the alarming headlines, earlier this year and as long ago as 2010, that said sitting—dubbed by some as “the new smoking”—will probably kill you. “Excessive sitting is a lethal activity,” Mayo Clinic endocrinologist James Levine memorably told The New York Times. Yikes.

We all know that sitting too much can pack on the pounds, but alas, it seems “sitting disease” is much worse than that. Parking at a desk for just five hours a day doubles the risk of heart failure in men, according to research released in January by the American Heart Association. Such sedentary behavior also raises by almost 50% the “risk of death from any cause,” including cancer and diabetes.

Inactive women don’t fare much better. For instance, one study, by the American Cancer Society, published in the American Journal of Epidemiology four years ago, followed 123,216 people over 13 years, from 1993 to 2006. A grim finding: women who sat for more than six hours a day increased their odds of early death by 40%.

Here’s the really scary part. All of the various medical studies agreed that a daily workout, or exercising regularly enough to be in good shape physically, did nothing to offset the dire health effects of sitting the rest of the time.

But now comes the good news: it turns out that may not be true after all. Nobody is saying that a sedentary life is good for you, but it seems that desk jockeys who stay physically fit may face a far smaller chance of dying young.

First, consider what the American Cancer Society found in a new report in the current issue of the journal Mayo Clinic Proceedings. When researchers studied 1,304 men at a Dallas clinic between 1981 and 2012, they found that good overall fitness, as measured by performance on a treadmill test, “significantly” cut heart disease risk, despite prolonged periods of sitting.

It gets better. Another study, this one in the current Journal of the American College of Cardiology, looked at 55,000 adults’ behavior and found that people with desk jobs who run in their spare time cut their overall risk of premature death by about one-third. Runners’ risk of heart disease is 45% lower than non-runners’.

Moreover, it doesn’t take a marathon: the same results were found for people who ran as little as five minutes each day as for people who regularly ran for 30 minutes or longer. “Running even at lower doses or slower speeds was associated with significant mortality benefits,” the study says.

Let’s say that even five daily minutes of running strikes you as five minutes too many. Luckily, experts agree that you can cut some of the risks of sitting just by standing up and moving around as much, and as briskly, as you can. A standing desk or, better yet, a treadmill desk, can help, but if neither of those is practical, simply “look for opportunities to stand up and be active,” says Natasha Withers, an osteopathic physician at One Medical in Manhattan.

“Take the stairs instead of the elevator. Pick the coffee machine that’s farthest from your desk,” she suggests. “Stand while you’re talking on the phone. When you’re meeting with coworkers, instead of sitting at a conference table, walk laps around the office.”

It’s a good idea to aim for at least 147 minutes of motion a week. That’s the minimum recommended by the Centers for Disease Control—a standard that, currently, only about 20% of Americans manage to meet.