Within grasp: A world without (charging) wires 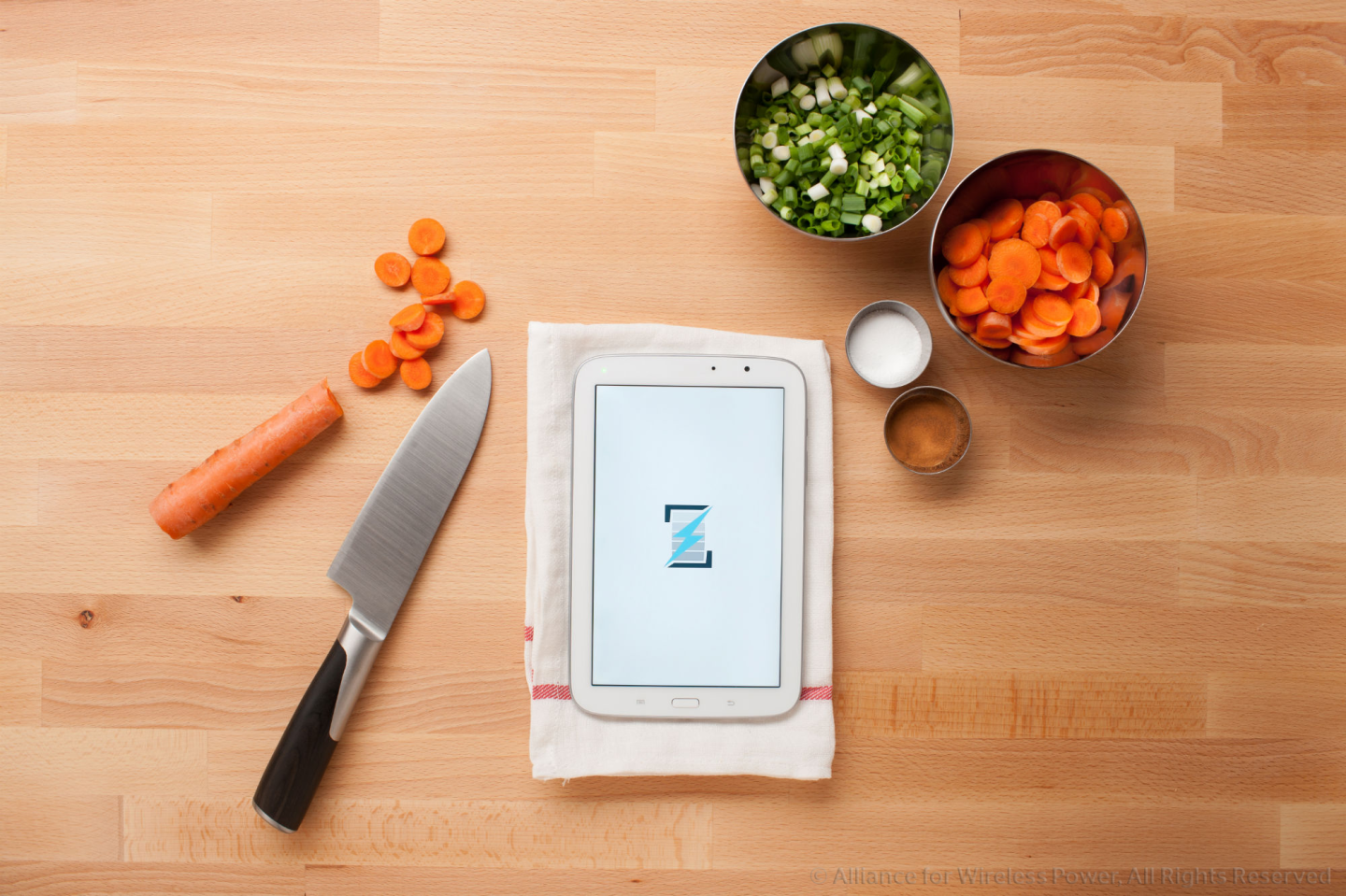 Last month, Toyota revealed plans to release a plug-in electric Prius in 2016 that needed no plug at all to recharge, thanks to wireless technology from a U.S. company called WiTricity. The next day, Intel (INTC) announced plans to release a completely wire-free personal computer by 2016—no power cord or monitor cable necessary. Nine days later, Starbucks (SBUX) announced that it would begin installing Duracell Powermat wireless charging pads in tables and counters in its stores across the United States.

It’s not just the month of June that was charged with wireless power headlines. Wireless charging technology is poised to break through in the next few years, dramatically changing our relationship with our mobile, but still power-tethered, electronic devices. Thoratec, a healthcare company, is working with WiTricity on a wireless way to charge heart pumps and other medical equipment. Lockheed Martin, the aerospace and defense giant, is working on a laser-based system to recharge drones in mid-flight. The list goes on.

The wireless power market is expected to explode from a $216 million in 2013 to $8.5 billion in 2018 globally, according to IHS Technology, a market research firm. Why, then, are most of us still wrestling with a pile of cords at home?

“The reality is that the overall wireless charging market for consumer electronics is in the very early stages,” says Kamil Grajski, vice president of engineering at Qualcomm (QCOM) and the founding president of the Alliance for Wireless Power, or A4WP for short, one of three groups working on the development of wireless charging technologies.

Induction, the technology behind wireless charging, isn’t new—it’s been around for well over a hundred years. Here’s how it works: an induction coil creates an electromagnetic field (on a charging dock of some kind) that comes in contact with another induction coil (attached to the device to be charged), transferring electricity to it. It’s the same process used to juice up your electric toothbrush in its charging stand, Grajski says.

But induction technology has limitations that have limited its mainstream appeal. It only allows for a single device to be charged per coil, making it clunky and relatively inefficient in today’s multi-device world, and it requires precise placement of the device to be charged so that the coils are aligned in order to initiate and sustain the charging process.

Proponents of inductive technology like Ran Poliakine, chief executive of Powermat, believe the key to increasing adoption of wireless charging lies not in figuring out the fastest or most efficient connection, but in making the technology available to people where they need it most. “The issue we are trying to address is how do we keep consumers charged throughout the day,” he says. “The barrier to entry was relevancy. Where do we put the charging spots?” He added: “The place you mostly need this service is outside your home and your office.”

He has a point. Placing charging stations in Starbucks locations is one way to do that, saving customers from the inevitable outlet search that comes with a drawn-out session at the café. Placement in airports and hotels, also in the works at Powermat, are two more ways. (One thing people may not know about Powermat’s charging stations: when used in conjunction with a cloud-based management system the company provides, a retailer can monitor who is at which station and for how long. Which means Starbucks could either give you the boot for squatting for six hours or beam you a coupon for a free refill to keep you there.)

Another reason for the technology’s slow adoption? A good old-fashioned standards war between industry groups. The Power Matters Alliance, or PMA, backs one type of induction standard and counts Duracell, Procter & Gamble, Qualcomm, and WiTricity as members. The Wireless Power Consortium, or WPC, backs an induction standard called Qi (pronounced chee) and counts Hitachi, IKEA and Verizon as members. Some companies, such as Microsoft and Samsung, are members of both groups.

The two standards use what is essentially the same technology but apply it with different specifications, creating problems for the companies that must embed the technology in their products. According to John Perzow, vice president of market development for WPC, 63 phones on the market today support the Qi standard, including those from Nokia, Google, and Sony. Meanwhile, Google Nexus and LG phones, among others, will have Powermat compatibility built into them.

To up the ante, Powermat has plans to give away free “charging rings,” similar to those made by the Finnish firm PowerKiss it acquired last year, to Starbucks customers to encourage them to use in-store chargers. (It plans to sell them at retail for less than $10.) Meanwhile, the PMA struck a deal with A4WP in February to support its Rezence standard, which uses another kind of wireless charging technology called magnetic resonance.

Both industry groups look to magnetic resonance technology as the likely second-generation standard for wireless charging, thanks to its ability to transfer larger quantities of energy and therefore support larger devices such as kitchen appliances. (The WPC says it is working on its own version of the tech.) The wireless PC that Intel demonstrated at Computex last month—you can see it in a video here—uses the Rezence standard.

Magnetic resonance technology relies on resonant magnetic coupling, which creates a magnetic field around each coil that transfers power without having to align coils precisely. It can charge a device across small distances (about two inches) rather than requiring near-direct contact—a table can be retrofit with a charging pad attached underneath it instead of embedded in its surface.

Magnetic resonance also allows more than one device to be charged at the same time. The Rezence standard uses the Bluetooth connection already present in many mobile electronics to detect the presence of a compatible charger. The technology is not yet on the market, but Grajski anticipates products using Rezence could be seen in stores as soon as this year. “Some of the barriers are just getting the right players in industry to adopt the technology and make it available at a reasonable price,” he says.

Still, two inches is two inches. What about beaming power across a room? That’s where WiTricity comes in. Born out of the Massachusetts Institute of Technology in 2007, the company continues to develop what Kaynam Hedayat, vice president of product management and marketing, calls “highly resonant wireless power transfer” technology.

Imagine an opera singer who can break glass with her voice—that’s how the technology works, Hedayat says. “Objects have a certain frequency by which they start vibrating,” he says. Tune a receiver and a device to the same frequency and they begin communicating with each other. “The energy is only transferred to devices that are tuned to that frequency,” he says. This allows electricity to transfer over distances of up to four feet. “With that, a lot of possibilities open up,” he adds.

Such as charging vehicles or medical equipment wirelessly. “Wires in hospitals are a big issue because you have to sterilize every device,” Hedayat says.

Or use in military applications, where robots in the field can be recharged while in position. Wireless charging tech could also help soldiers cut down on the nearly 40 pounds of battery that many soldiers carry on their backs, Hedayat says. And charging sensors on submarines would enable battery charging in deep-sea conditions, where it’s unsafe to run wires.

“In four or five years, there will be one standard for wirelessly charging devices,” Hedayat says. ” You will forget about different adapters and connecters. You will find a hotspot and it’s just going to work.”