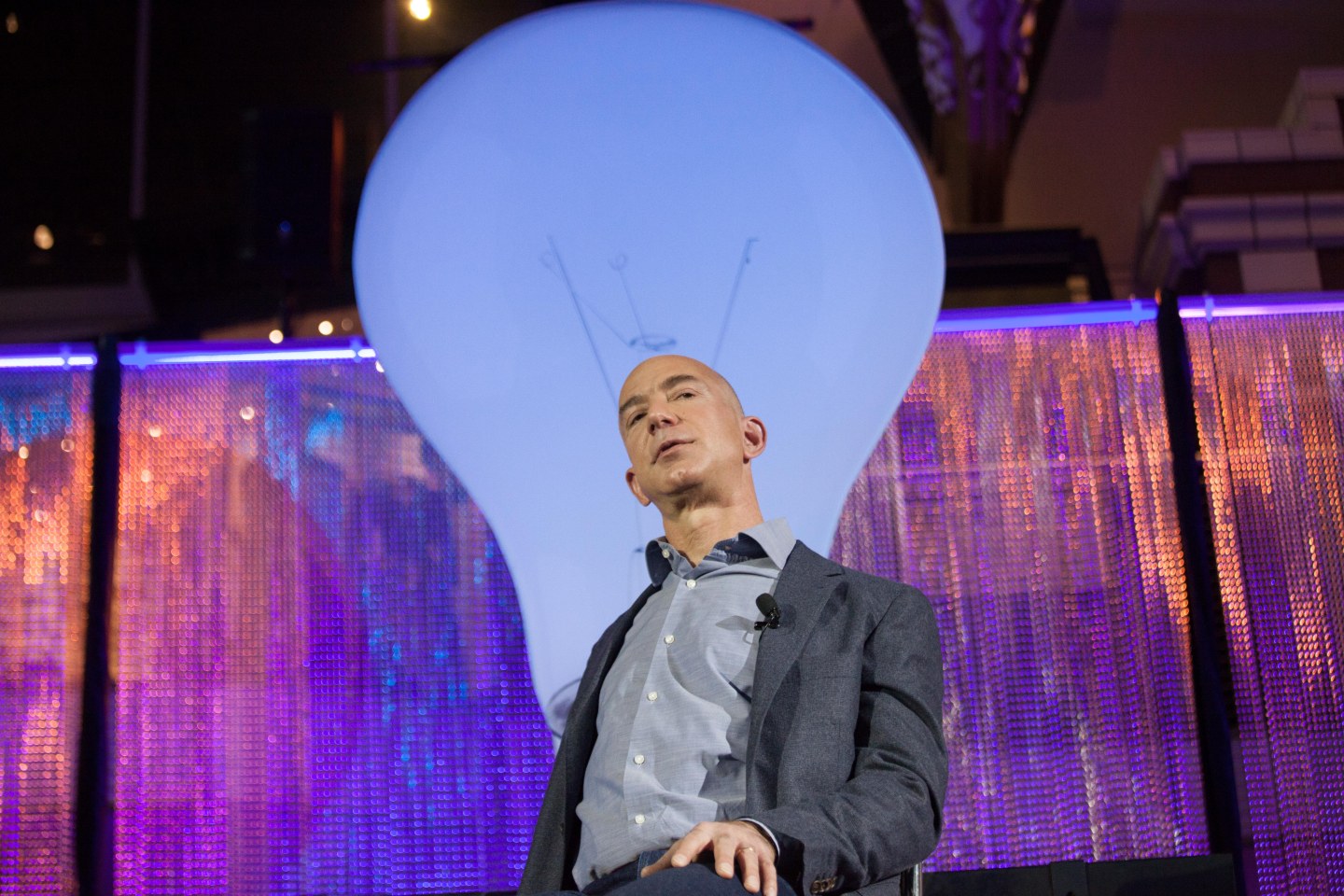 SEATTLE, WA - OCTOBER 11: Amazon.com founder and CEO Jeff Bezos attends a launch event for the Bezos Center for Innovation at the Museum of History and Industry on October 11, 2013 in Seattle, Washington. Supported by Jeff and MacKenzie Bezos, the center aims to highlight the history and future of innovation in the Puget Sound region. (Photo by David Ryder/Getty Images)
David Ryder Getty Images

Amazon’s (AMZN) disappointing second-quarter earnings continued to batter its stock price Friday — and the pain may not stop any time soon.

A number of analysts have either downgraded or reduced their price target for the online retailer’s stock, issuing caution as they wait to see when CEO Jeff Bezos’s high-spending ways will pay off.

B. Riley & Co., Raymond James (RJF) and CRT Capital have all downgraded the stock. At least eight other outfits have reduced their price target for Amazon, including Bank of America (BAC), Deutsche Bank (DB), Robert W. Baird & Co. and Citigroup (C).

Analyst outlooks are a key indicator of market expectations. Banks and investment firms depend on analyst reports to guide how they allocate their funds, so a downgrade from a prominent analyst could spell trouble ahead for Amazon’s stock as investors shy away from loading up on shares of the company.

Many of the banks have readjusted their expectations because of the increased investment spending by Bezos. While Amazon’s sales over the second quarter grew an impressive 23% to $19.3 billion, expenses grew at an even faster 24% to $19.4 billion. The result was a $126 million loss for the quarter, almost twice the average analyst estimate, according to Bloomberg data.

Investors have been happy to put up with Bezos high-spending ways because of what he says will be big payoffs down the line, but analysts are starting to question that promise and have readjusted mid-term expectations. Here’s what some analysts are saying about Amazon’s future.

“Having covered Amazon for the better part of 10 years, we are accustomed to the investment cycles inherent in the company’s model. However, we are finding no end to the company’s spending this time around as losses mount, estimate revisions continue to be downward-biased as mid-term returns remain uncertain.”

Bank of America reduced its price target “due to a lower medium-term margin profile. Despite the expected controversy about Amazon’s investment posture, we continue to think Amazon is well positioned to capitalize on the secular growth of eCommerce, cloud computing, and mCommerce.”

“The current stage isn’t just a “investment cycle” it’s a paradigm shift with retail carrying lower margins while AWS [Amazon Web Services], other investments are permanent, and ROI on content and hardware investments uncertain. We continue to view Amazon as best positioned in the western world to win, and are once again reducing estimates and maintaining our Buy rating, which admittedly sounds like a broken record.”