Saving the world just got easier 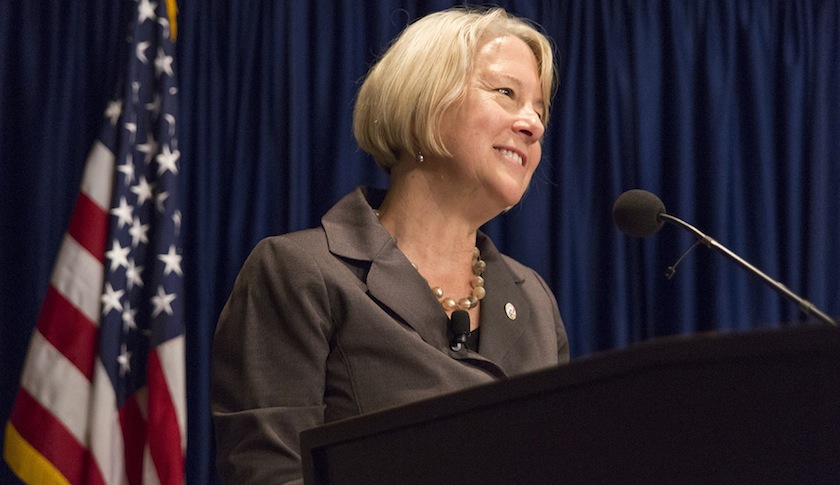 Imagine trying to get a job with an outfit that demanded you fill out a 60-page application (yes, 60 pages), gave you no choice about what your duties would be or where you’d be working, and kept you waiting for more than a year to find out if you’d been hired or not. Oh, and one more thing: You’d be sent to one of the poorest parts of the world for two years and paid a stipend that would match your standard of living to that of the average local citizen, but not a penny more.

Sounds like a pretty dubious career move, doesn’t it?

Carrie Hessler-Radelet, who took over last month as head of the Peace Corps, thought so, too. “The Peace Corps is a great brand, but we really needed to bring it into the 21st century,” she says. “We’re a great place for Millennials to start a career, and the changes we’ve made will help.”

Not a second too soon: Applications to the organization dropped last year to their lowest level in its 50-year history, declining 34% from a 2009 peak of 15,384. The lengthy application form was clearly part of the problem: In the past nine months alone, more than 30,000 people gave up before getting through all 60 pages.

Hessler-Radelet, a Peace Corps alumna (she taught at a girls school in Western Samoa in the early 1980s), has whittled that daunting process down to its essentials. The new application can be filled out on the Peace Corps’ website in about an hour.

“We accept resumes now, and get a lot of information from those instead of from the old long, detailed questionnaire,” she explains. “There’s one essay question instead of two. And we used to require college transcripts from everyone, because certain countries require them. Now, we ask for transcripts only from people who have applied to work in those countries.”

Giving people a say in where they go, and a choice of what they’d like to do when they get there, is new, too. The website now lists and describes openings at all Peace Corps programs, from teaching to health care to land management, in some 65 countries. Applicants can browse opportunities, much as they would on any job posting site, and pick the ones that match their interests or their long-term career plans.

Each opening also includes two new deadlines, “Apply by” and “Know by,” so would-be volunteers who apply on time can see exactly when they’ll hear back. Instead of being left hanging for a year or more, which used to oblige people to put the rest of their lives on hold, applicants are now guaranteed an answer by a specific date.

Peace Corps volunteers still get paid a cost-of-living stipend that’s usually pretty modest, but they also leave after two years with a cash payout of $7,500. “Not many private-sector employers will hand you a check when you move on to your next job,” Hessler-Redelet notes. “It eases the transition.”

What the Peace Corps seeks in candidates hasn’t changed, either. “We don’t look for particular skills, because we can teach you whatever you need to know,” Hessler-Radelet says. “Our 10-week training program can turn, say, an English major into an economic development specialist. What we’re really after is the right attitude.”

And what might that be? “Our volunteers are really entrepreneurial and able to think on their feet. It helps to be resilient and flexible, and willing to understand other cultures,” she says. “As business gets more and more global, this can be great preparation for the international job market, or for analyzing emerging markets or managing multicultural teams in the U.S. It’s not easy, but it’s an experience that would be tough for someone just starting out to get in any other way.”

A stint in the Peace Corps is also increasingly popular with people at the other end of their careers. “Some of our most wonderful volunteers are people who have retired from the corporate world and are looking for an ‘encore career’ that really makes a difference,” says Hessler-Radelet. “Last year, our oldest volunteer was 80.”